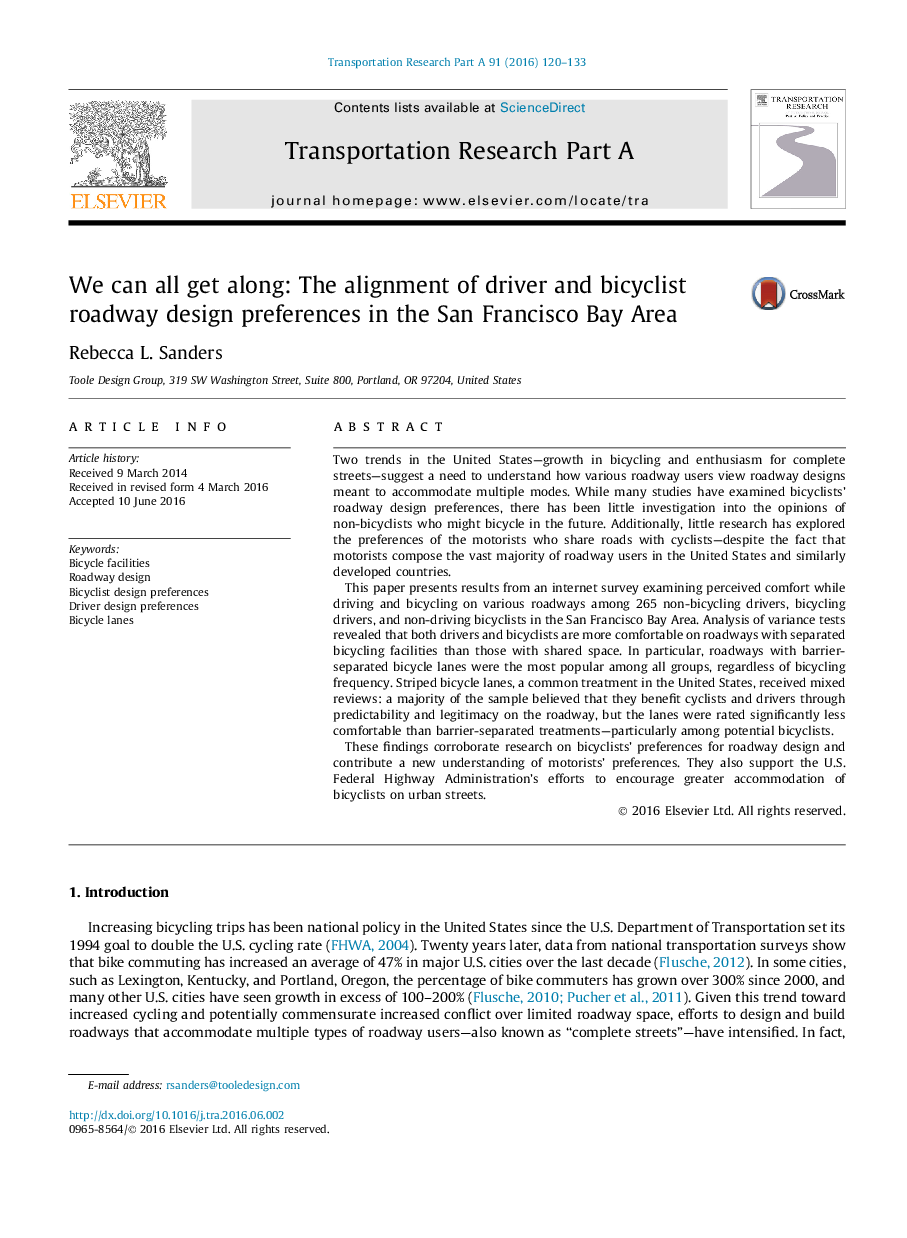 Two trends in the United States—growth in bicycling and enthusiasm for complete streets—suggest a need to understand how various roadway users view roadway designs meant to accommodate multiple modes. While many studies have examined bicyclists’ roadway design preferences, there has been little investigation into the opinions of non-bicyclists who might bicycle in the future. Additionally, little research has explored the preferences of the motorists who share roads with cyclists—despite the fact that motorists compose the vast majority of roadway users in the United States and similarly developed countries.This paper presents results from an internet survey examining perceived comfort while driving and bicycling on various roadways among 265 non-bicycling drivers, bicycling drivers, and non-driving bicyclists in the San Francisco Bay Area. Analysis of variance tests revealed that both drivers and bicyclists are more comfortable on roadways with separated bicycling facilities than those with shared space. In particular, roadways with barrier-separated bicycle lanes were the most popular among all groups, regardless of bicycling frequency. Striped bicycle lanes, a common treatment in the United States, received mixed reviews: a majority of the sample believed that they benefit cyclists and drivers through predictability and legitimacy on the roadway, but the lanes were rated significantly less comfortable than barrier-separated treatments—particularly among potential bicyclists.These findings corroborate research on bicyclists’ preferences for roadway design and contribute a new understanding of motorists’ preferences. They also support the U.S. Federal Highway Administration’s efforts to encourage greater accommodation of bicyclists on urban streets.