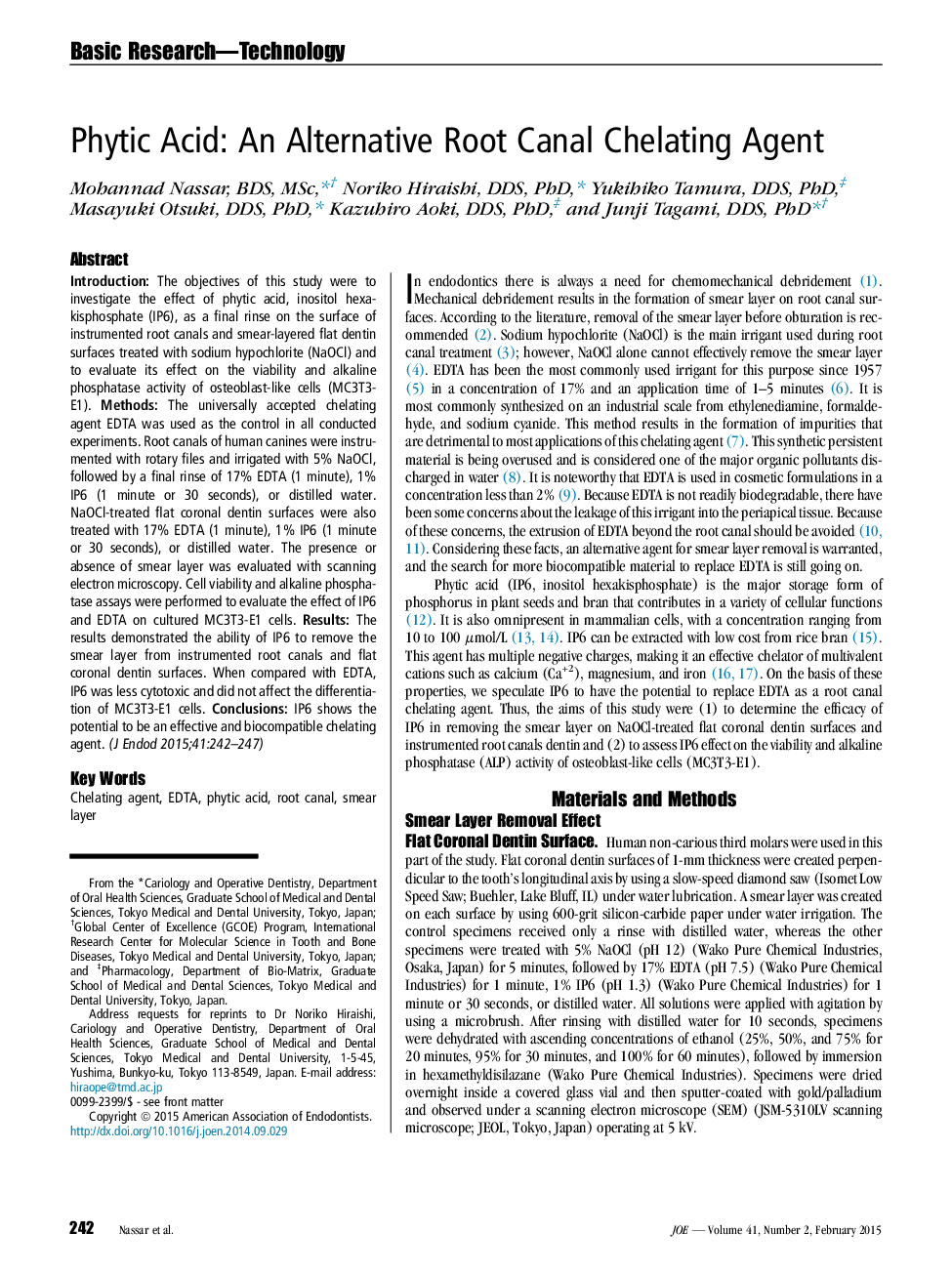 • A new naturally occurring chelating agent (phytic acid, IP6) was tested.
• We tested the ability of IP6 in removing the smear layer.
• We examined IP6 effect on viability and ALP activity of osteoblast-like cells.
• IP6 effectively removed smear layer and was biocompatible to the used cells.

IntroductionThe objectives of this study were to investigate the effect of phytic acid, inositol hexakisphosphate (IP6), as a final rinse on the surface of instrumented root canals and smear-layered flat dentin surfaces treated with sodium hypochlorite (NaOCl) and to evaluate its effect on the viability and alkaline phosphatase activity of osteoblast-like cells (MC3T3-E1).MethodsThe universally accepted chelating agent EDTA was used as the control in all conducted experiments. Root canals of human canines were instrumented with rotary files and irrigated with 5% NaOCl, followed by a final rinse of 17% EDTA (1 minute), 1% IP6 (1 minute or 30 seconds), or distilled water. NaOCl-treated flat coronal dentin surfaces were also treated with 17% EDTA (1 minute), 1% IP6 (1 minute or 30 seconds), or distilled water. The presence or absence of smear layer was evaluated with scanning electron microscopy. Cell viability and alkaline phosphatase assays were performed to evaluate the effect of IP6 and EDTA on cultured MC3T3-E1 cells.ResultsThe results demonstrated the ability of IP6 to remove the smear layer from instrumented root canals and flat coronal dentin surfaces. When compared with EDTA, IP6 was less cytotoxic and did not affect the differentiation of MC3T3-E1 cells.ConclusionsIP6 shows the potential to be an effective and biocompatible chelating agent.