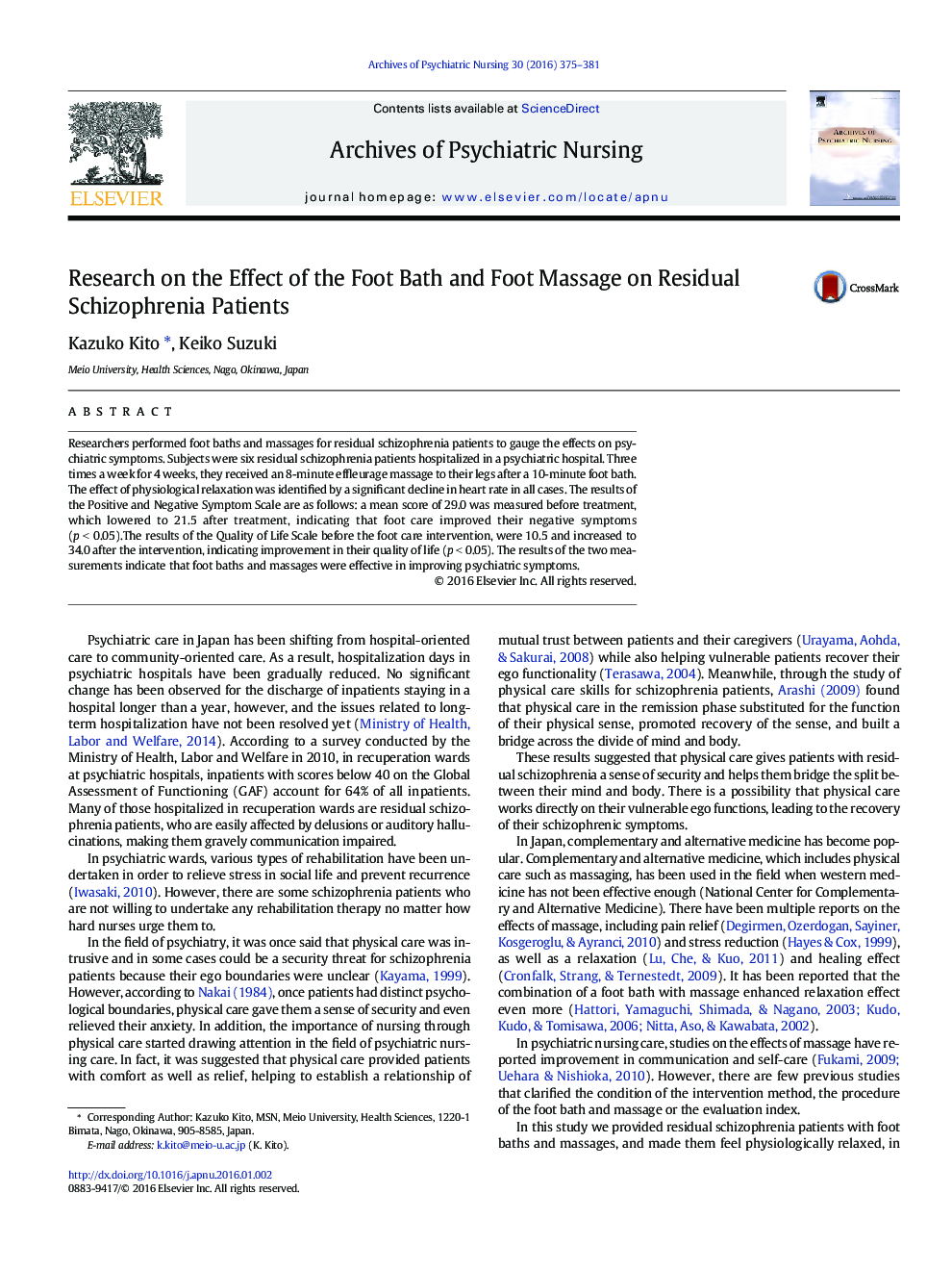 Researchers performed foot baths and massages for residual schizophrenia patients to gauge the effects on psychiatric symptoms. Subjects were six residual schizophrenia patients hospitalized in a psychiatric hospital. Three times a week for 4 weeks, they received an 8-minute effleurage massage to their legs after a 10-minute foot bath. The effect of physiological relaxation was identified by a significant decline in heart rate in all cases. The results of the Positive and Negative Symptom Scale are as follows: a mean score of 29.0 was measured before treatment, which lowered to 21.5 after treatment, indicating that foot care improved their negative symptoms (p < 0.05).The results of the Quality of Life Scale before the foot care intervention, were 10.5 and increased to 34.0 after the intervention, indicating improvement in their quality of life (p < 0.05). The results of the two measurements indicate that foot baths and massages were effective in improving psychiatric symptoms.