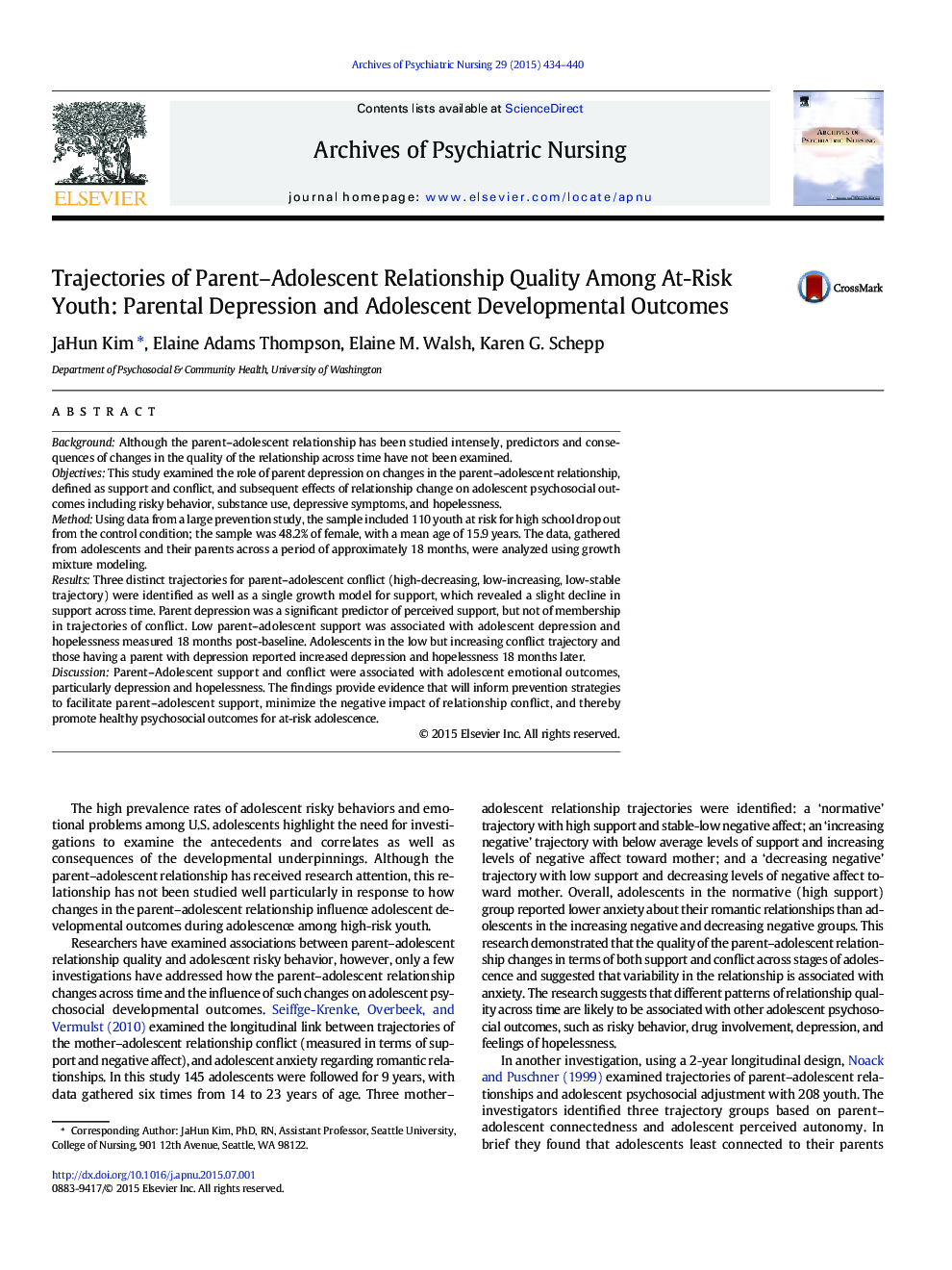 BackgroundAlthough the parent–adolescent relationship has been studied intensely, predictors and consequences of changes in the quality of the relationship across time have not been examined.ObjectivesThis study examined the role of parent depression on changes in the parent–adolescent relationship, defined as support and conflict, and subsequent effects of relationship change on adolescent psychosocial outcomes including risky behavior, substance use, depressive symptoms, and hopelessness.MethodUsing data from a large prevention study, the sample included 110 youth at risk for high school drop out from the control condition; the sample was 48.2% of female, with a mean age of 15.9 years. The data, gathered from adolescents and their parents across a period of approximately 18 months, were analyzed using growth mixture modeling.ResultsThree distinct trajectories for parent–adolescent conflict (high-decreasing, low-increasing, low-stable trajectory) were identified as well as a single growth model for support, which revealed a slight decline in support across time. Parent depression was a significant predictor of perceived support, but not of membership in trajectories of conflict. Low parent–adolescent support was associated with adolescent depression and hopelessness measured 18 months post-baseline. Adolescents in the low but increasing conflict trajectory and those having a parent with depression reported increased depression and hopelessness 18 months later.DiscussionParent–Adolescent support and conflict were associated with adolescent emotional outcomes, particularly depression and hopelessness. The findings provide evidence that will inform prevention strategies to facilitate parent–adolescent support, minimize the negative impact of relationship conflict, and thereby promote healthy psychosocial outcomes for at-risk adolescence.