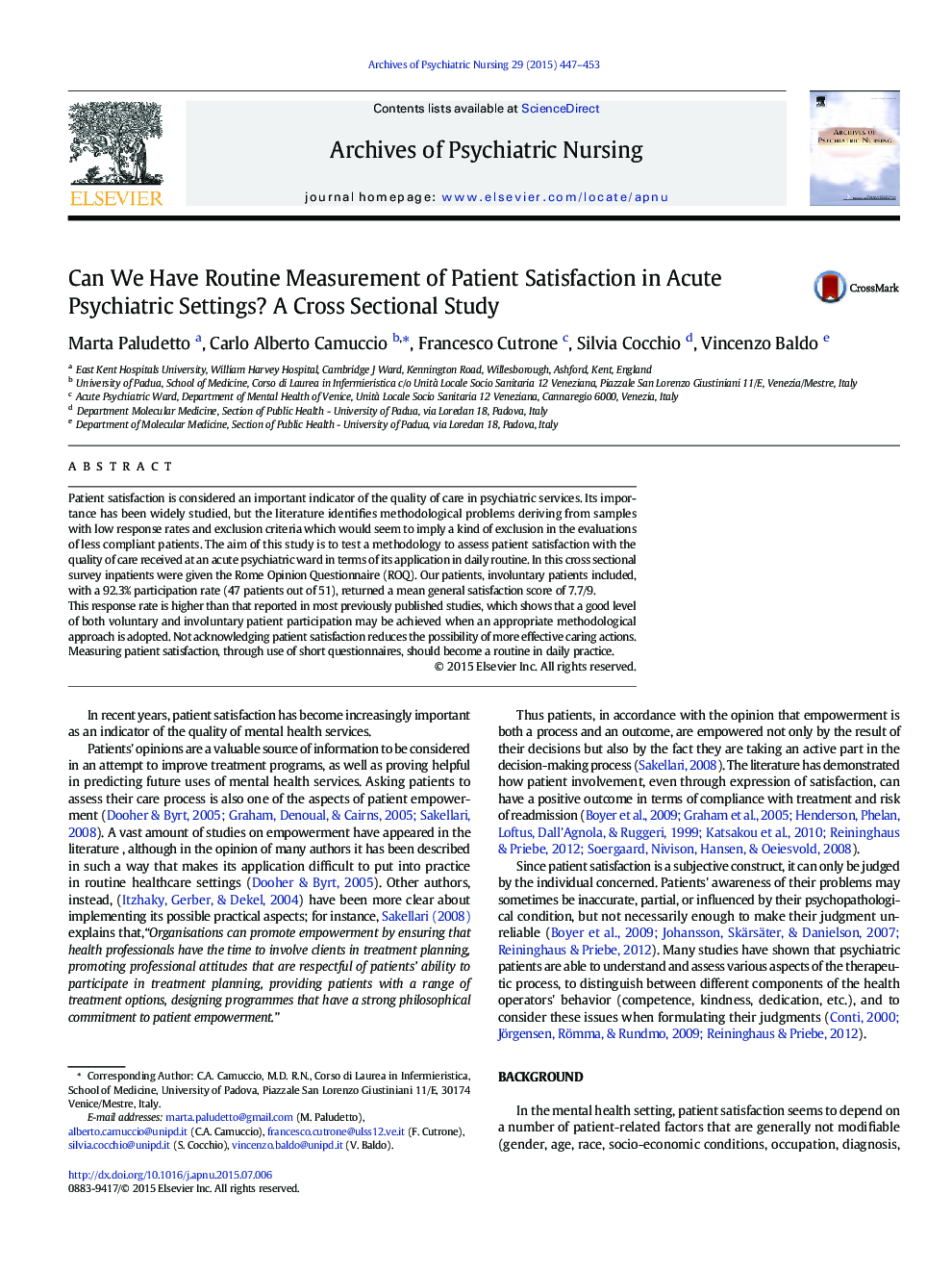 Patient satisfaction is considered an important indicator of the quality of care in psychiatric services. Its importance has been widely studied, but the literature identifies methodological problems deriving from samples with low response rates and exclusion criteria which would seem to imply a kind of exclusion in the evaluations of less compliant patients. The aim of this study is to test a methodology to assess patient satisfaction with the quality of care received at an acute psychiatric ward in terms of its application in daily routine. In this cross sectional survey inpatients were given the Rome Opinion Questionnaire (ROQ). Our patients, involuntary patients included, with a 92.3% participation rate (47 patients out of 51), returned a mean general satisfaction score of 7.7/9.This response rate is higher than that reported in most previously published studies, which shows that a good level of both voluntary and involuntary patient participation may be achieved when an appropriate methodological approach is adopted. Not acknowledging patient satisfaction reduces the possibility of more effective caring actions. Measuring patient satisfaction, through use of short questionnaires, should become a routine in daily practice.