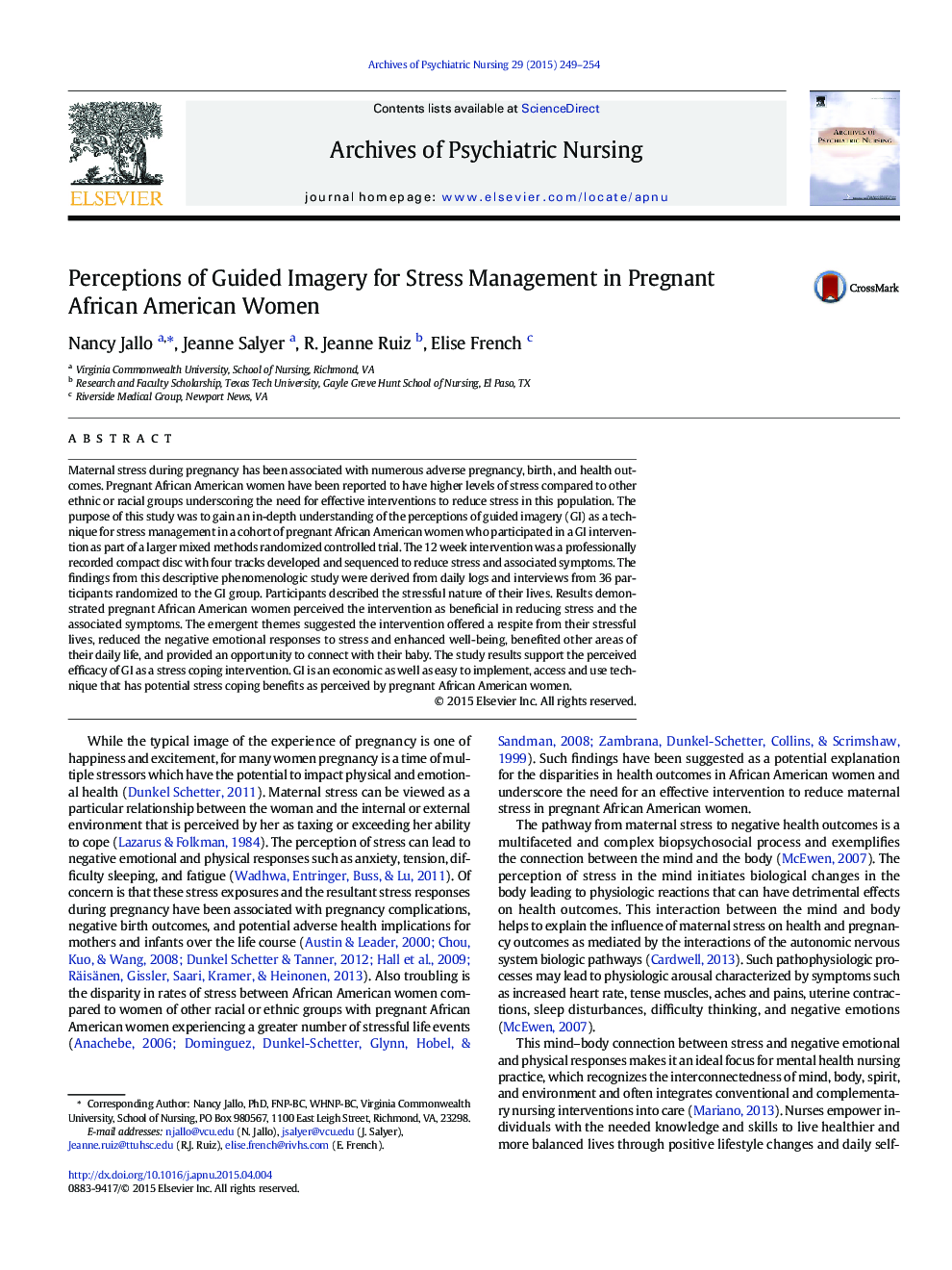 Maternal stress during pregnancy has been associated with numerous adverse pregnancy, birth, and health outcomes. Pregnant African American women have been reported to have higher levels of stress compared to other ethnic or racial groups underscoring the need for effective interventions to reduce stress in this population. The purpose of this study was to gain an in-depth understanding of the perceptions of guided imagery (GI) as a technique for stress management in a cohort of pregnant African American women who participated in a GI intervention as part of a larger mixed methods randomized controlled trial. The 12 week intervention was a professionally recorded compact disc with four tracks developed and sequenced to reduce stress and associated symptoms. The findings from this descriptive phenomenologic study were derived from daily logs and interviews from 36 participants randomized to the GI group. Participants described the stressful nature of their lives. Results demonstrated pregnant African American women perceived the intervention as beneficial in reducing stress and the associated symptoms. The emergent themes suggested the intervention offered a respite from their stressful lives, reduced the negative emotional responses to stress and enhanced well-being, benefited other areas of their daily life, and provided an opportunity to connect with their baby. The study results support the perceived efficacy of GI as a stress coping intervention. GI is an economic as well as easy to implement, access and use technique that has potential stress coping benefits as perceived by pregnant African American women.