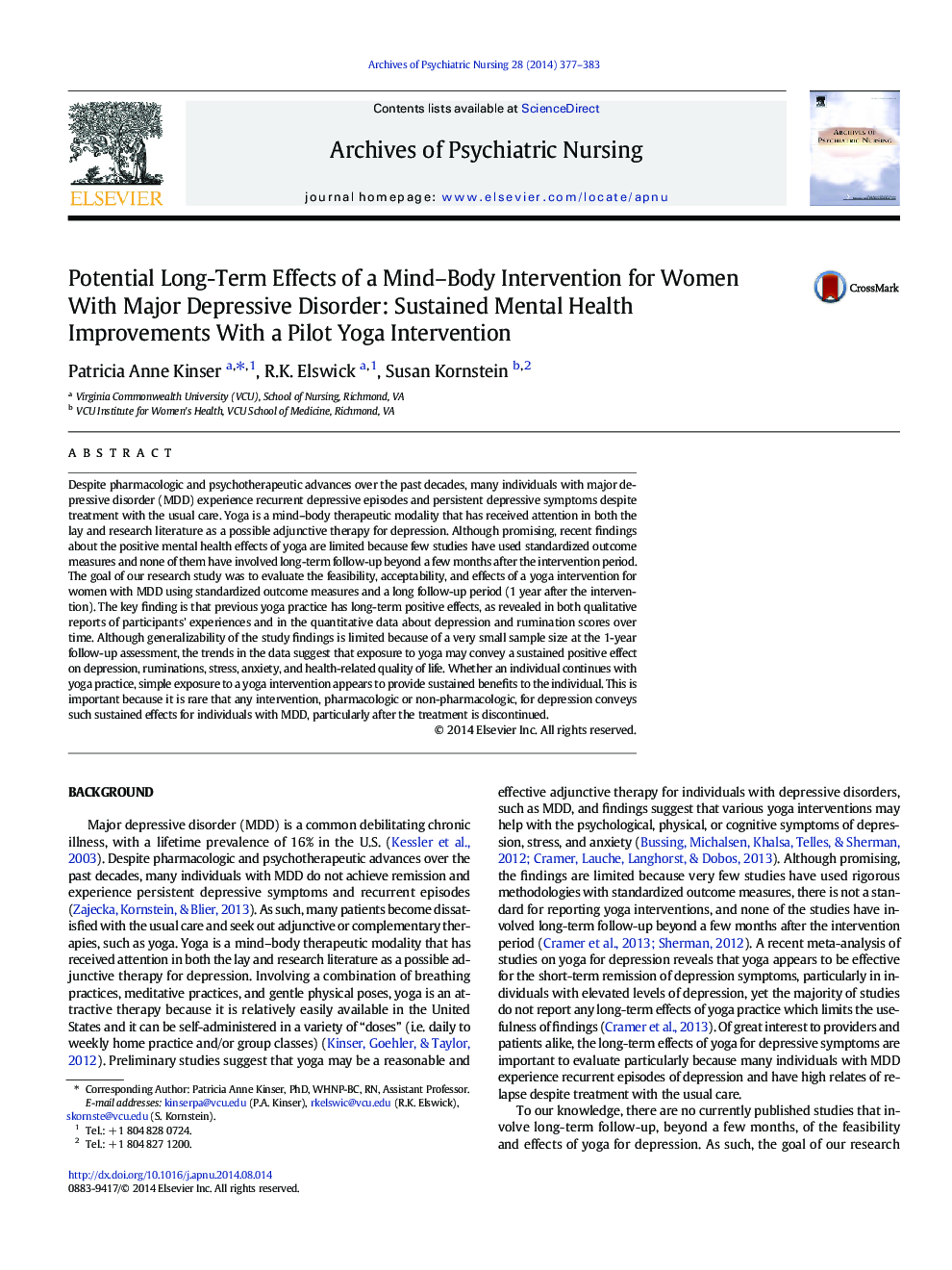 Despite pharmacologic and psychotherapeutic advances over the past decades, many individuals with major depressive disorder (MDD) experience recurrent depressive episodes and persistent depressive symptoms despite treatment with the usual care. Yoga is a mind–body therapeutic modality that has received attention in both the lay and research literature as a possible adjunctive therapy for depression. Although promising, recent findings about the positive mental health effects of yoga are limited because few studies have used standardized outcome measures and none of them have involved long-term follow-up beyond a few months after the intervention period. The goal of our research study was to evaluate the feasibility, acceptability, and effects of a yoga intervention for women with MDD using standardized outcome measures and a long follow-up period (1 year after the intervention). The key finding is that previous yoga practice has long-term positive effects, as revealed in both qualitative reports of participants' experiences and in the quantitative data about depression and rumination scores over time. Although generalizability of the study findings is limited because of a very small sample size at the 1-year follow-up assessment, the trends in the data suggest that exposure to yoga may convey a sustained positive effect on depression, ruminations, stress, anxiety, and health-related quality of life. Whether an individual continues with yoga practice, simple exposure to a yoga intervention appears to provide sustained benefits to the individual. This is important because it is rare that any intervention, pharmacologic or non-pharmacologic, for depression conveys such sustained effects for individuals with MDD, particularly after the treatment is discontinued.