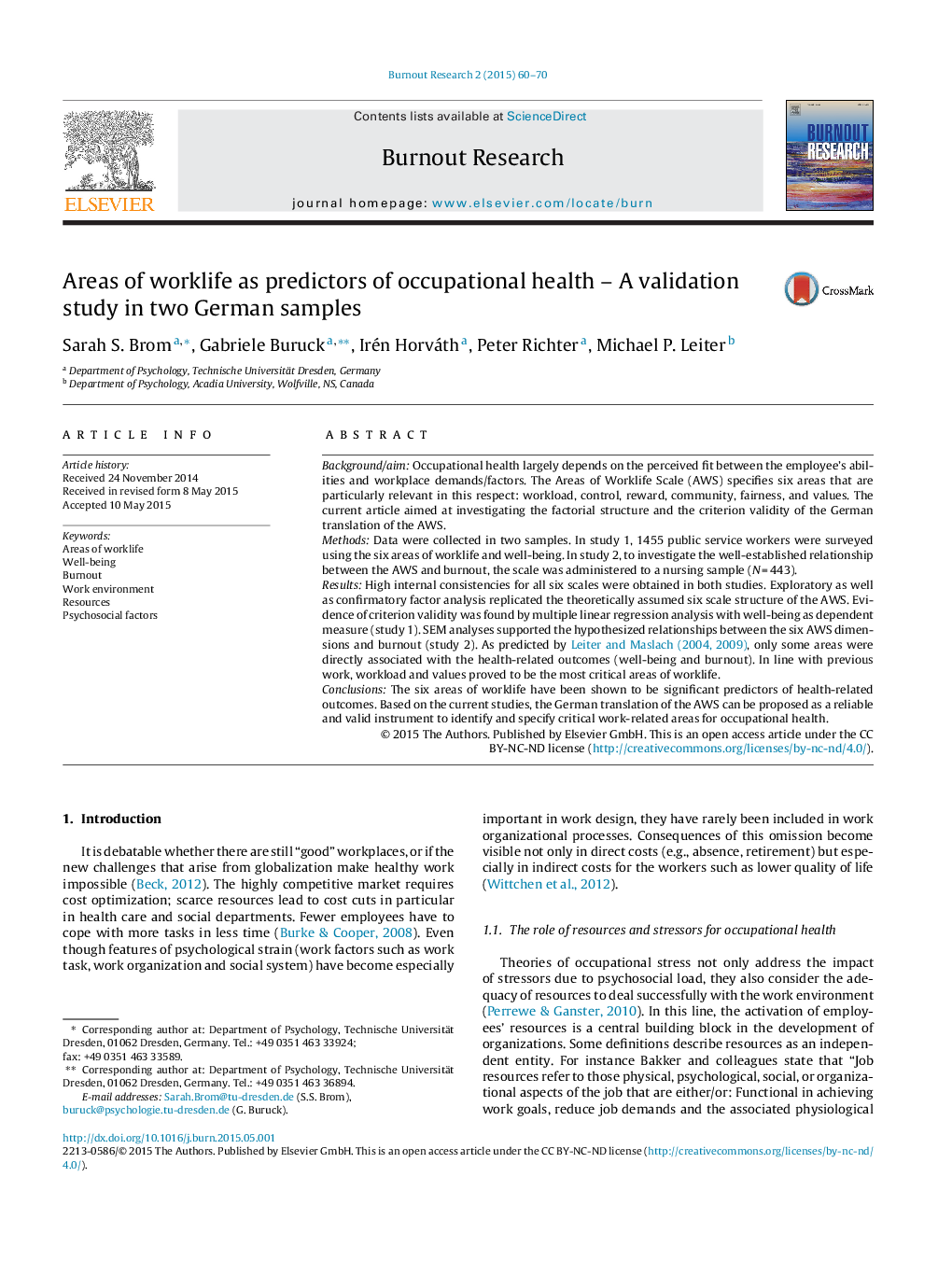 • The AWS specifies six areas: workload, control, reward, community, fairness, and values.
• We confirm the factorial structure of the German version of the AWS in two samples.
• The AWS play an important role in occupational well-being and burnout.
• Critical psychosocial factors for occupational health can be identified with the AWS.

Background/aimOccupational health largely depends on the perceived fit between the employee's abilities and workplace demands/factors. The Areas of Worklife Scale (AWS) specifies six areas that are particularly relevant in this respect: workload, control, reward, community, fairness, and values. The current article aimed at investigating the factorial structure and the criterion validity of the German translation of the AWS.MethodsData were collected in two samples. In study 1, 1455 public service workers were surveyed using the six areas of worklife and well-being. In study 2, to investigate the well-established relationship between the AWS and burnout, the scale was administered to a nursing sample (N = 443).ResultsHigh internal consistencies for all six scales were obtained in both studies. Exploratory as well as confirmatory factor analysis replicated the theoretically assumed six scale structure of the AWS. Evidence of criterion validity was found by multiple linear regression analysis with well-being as dependent measure (study 1). SEM analyses supported the hypothesized relationships between the six AWS dimensions and burnout (study 2). As predicted by Leiter and Maslach, 2004 and Leiter and Maslach, 2009, only some areas were directly associated with the health-related outcomes (well-being and burnout). In line with previous work, workload and values proved to be the most critical areas of worklife.ConclusionsThe six areas of worklife have been shown to be significant predictors of health-related outcomes. Based on the current studies, the German translation of the AWS can be proposed as a reliable and valid instrument to identify and specify critical work-related areas for occupational health.