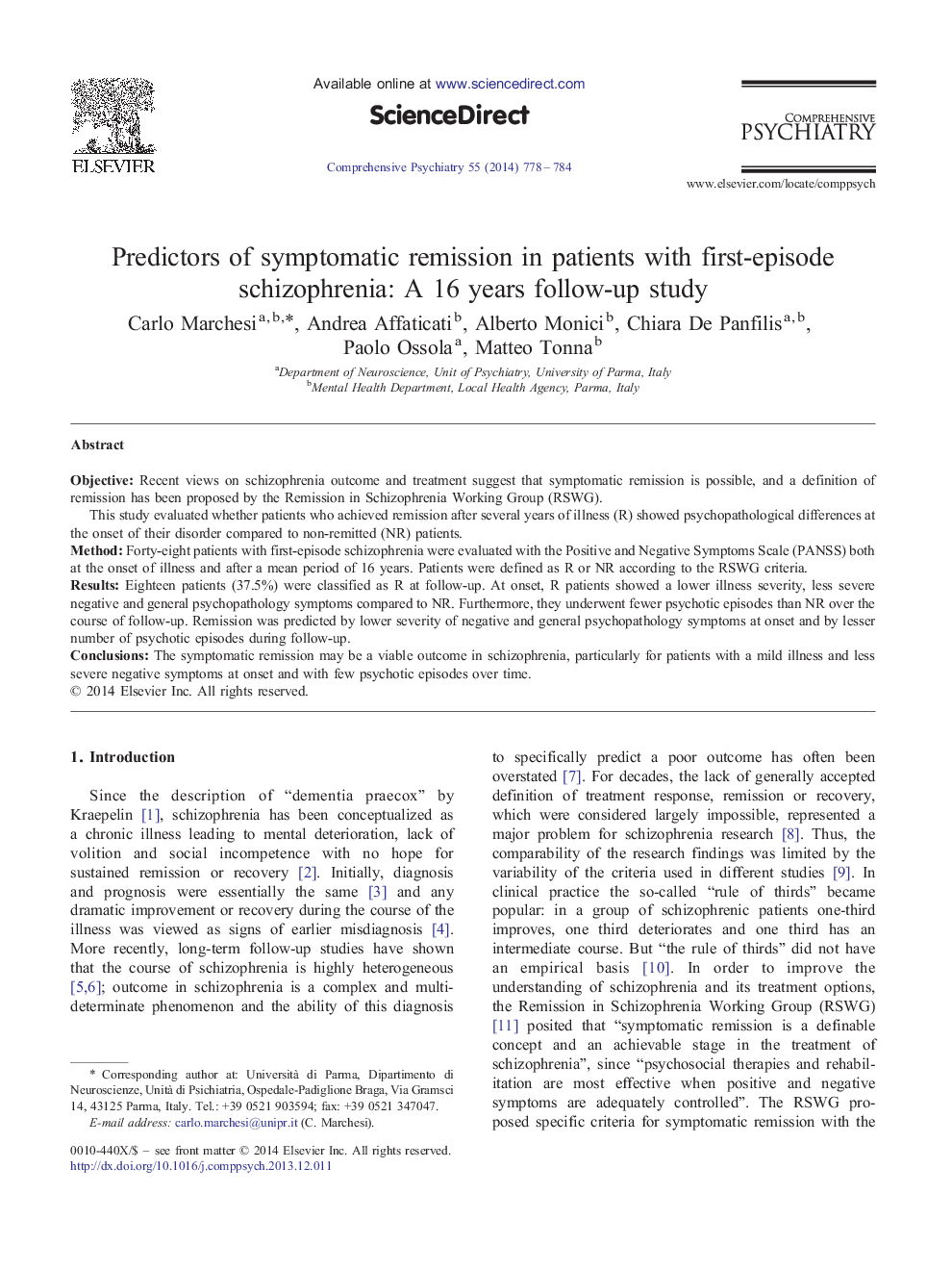 ObjectiveRecent views on schizophrenia outcome and treatment suggest that symptomatic remission is possible, and a definition of remission has been proposed by the Remission in Schizophrenia Working Group (RSWG).This study evaluated whether patients who achieved remission after several years of illness (R) showed psychopathological differences at the onset of their disorder compared to non-remitted (NR) patients.MethodForty-eight patients with first-episode schizophrenia were evaluated with the Positive and Negative Symptoms Scale (PANSS) both at the onset of illness and after a mean period of 16 years. Patients were defined as R or NR according to the RSWG criteria.ResultsEighteen patients (37.5%) were classified as R at follow-up. At onset, R patients showed a lower illness severity, less severe negative and general psychopathology symptoms compared to NR. Furthermore, they underwent fewer psychotic episodes than NR over the course of follow-up. Remission was predicted by lower severity of negative and general psychopathology symptoms at onset and by lesser number of psychotic episodes during follow-up.ConclusionsThe symptomatic remission may be a viable outcome in schizophrenia, particularly for patients with a mild illness and less severe negative symptoms at onset and with few psychotic episodes over time.