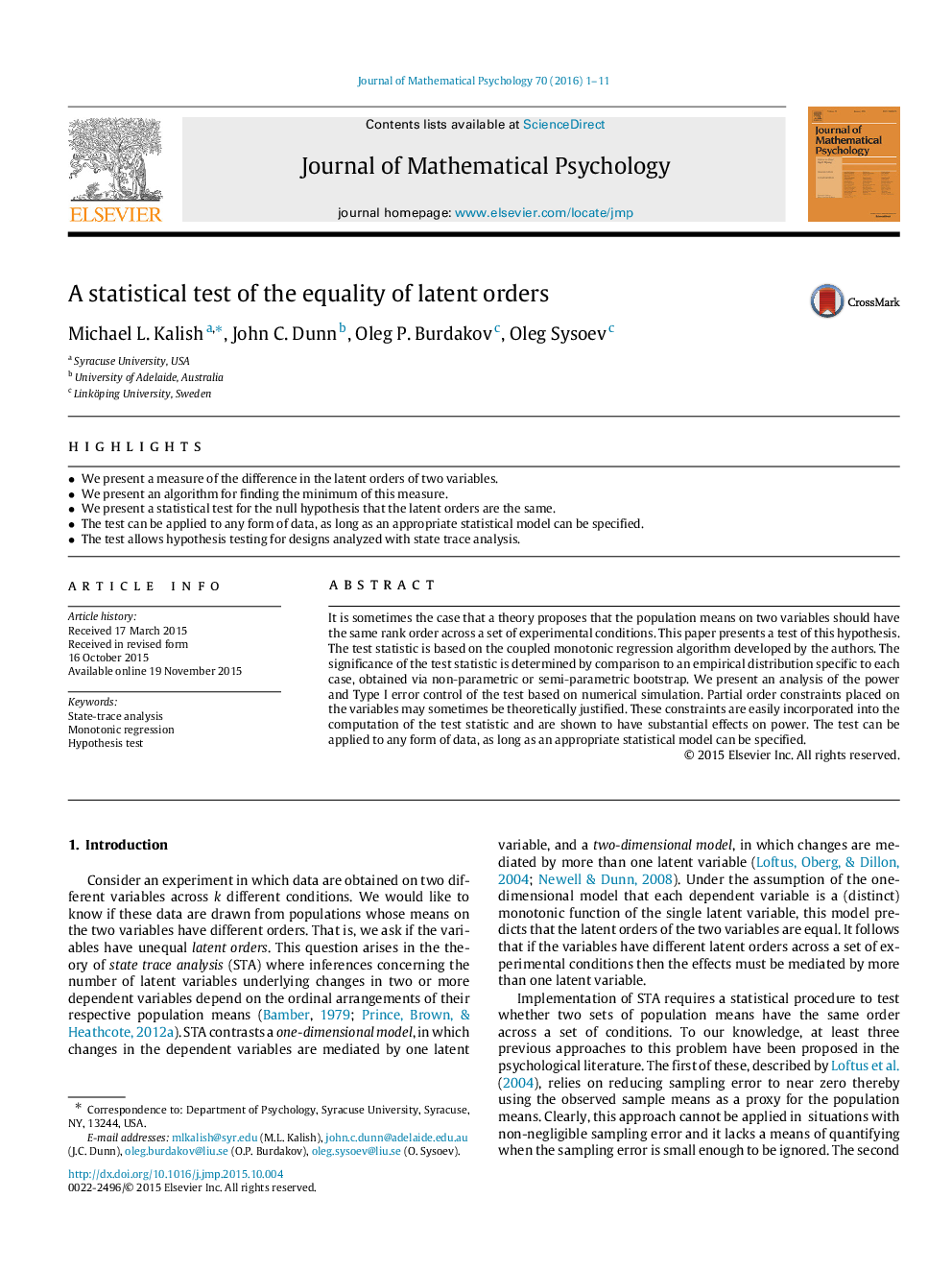 It is sometimes the case that a theory proposes that the population means on two variables should have the same rank order across a set of experimental conditions. This paper presents a test of this hypothesis. The test statistic is based on the coupled monotonic regression algorithm developed by the authors. The significance of the test statistic is determined by comparison to an empirical distribution specific to each case, obtained via non-parametric or semi-parametric bootstrap. We present an analysis of the power and Type I error control of the test based on numerical simulation. Partial order constraints placed on the variables may sometimes be theoretically justified. These constraints are easily incorporated into the computation of the test statistic and are shown to have substantial effects on power. The test can be applied to any form of data, as long as an appropriate statistical model can be specified.