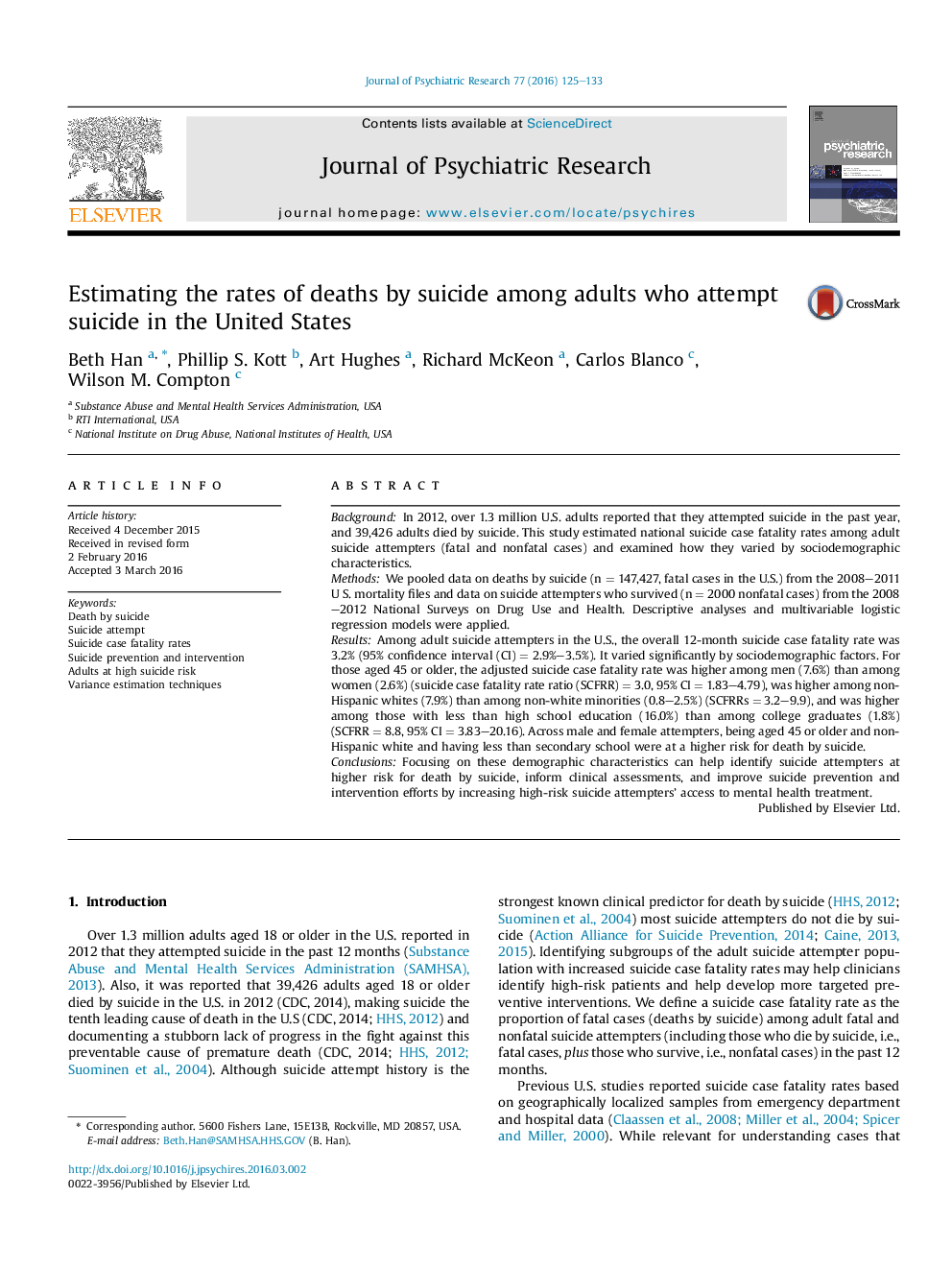 BackgroundIn 2012, over 1.3 million U.S. adults reported that they attempted suicide in the past year, and 39,426 adults died by suicide. This study estimated national suicide case fatality rates among adult suicide attempters (fatal and nonfatal cases) and examined how they varied by sociodemographic characteristics.MethodsWe pooled data on deaths by suicide (n = 147,427, fatal cases in the U.S.) from the 2008–2011 U S. mortality files and data on suicide attempters who survived (n = 2000 nonfatal cases) from the 2008–2012 National Surveys on Drug Use and Health. Descriptive analyses and multivariable logistic regression models were applied.ResultsAmong adult suicide attempters in the U.S., the overall 12-month suicide case fatality rate was 3.2% (95% confidence interval (CI) = 2.9%–3.5%). It varied significantly by sociodemographic factors. For those aged 45 or older, the adjusted suicide case fatality rate was higher among men (7.6%) than among women (2.6%) (suicide case fatality rate ratio (SCFRR) = 3.0, 95% CI = 1.83–4.79), was higher among non-Hispanic whites (7.9%) than among non-white minorities (0.8–2.5%) (SCFRRs = 3.2–9.9), and was higher among those with less than high school education (16.0%) than among college graduates (1.8%) (SCFRR = 8.8, 95% CI = 3.83–20.16). Across male and female attempters, being aged 45 or older and non-Hispanic white and having less than secondary school were at a higher risk for death by suicide.ConclusionsFocusing on these demographic characteristics can help identify suicide attempters at higher risk for death by suicide, inform clinical assessments, and improve suicide prevention and intervention efforts by increasing high-risk suicide attempters’ access to mental health treatment.