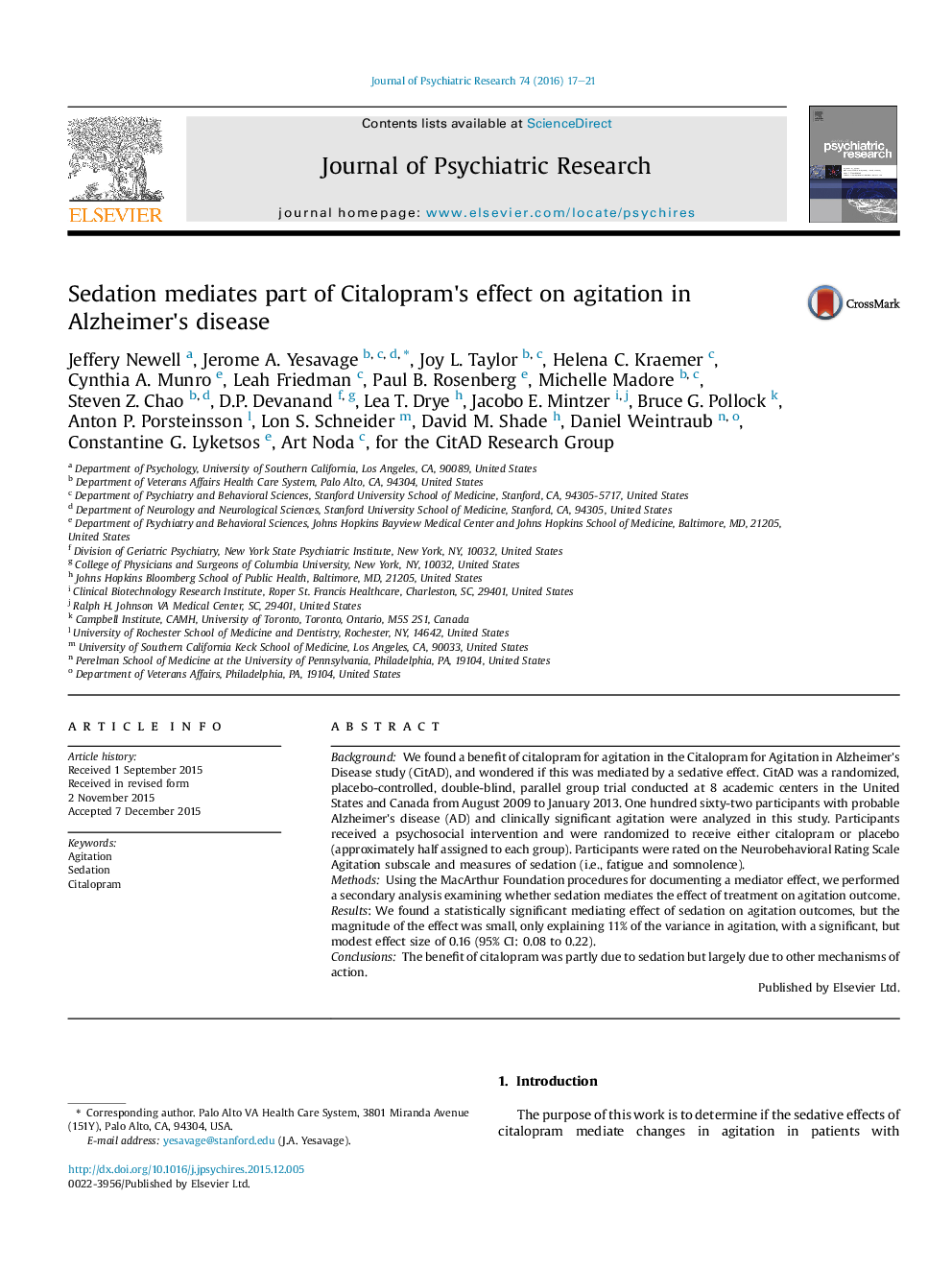 BackgroundWe found a benefit of citalopram for agitation in the Citalopram for Agitation in Alzheimer's Disease study (CitAD), and wondered if this was mediated by a sedative effect. CitAD was a randomized, placebo-controlled, double-blind, parallel group trial conducted at 8 academic centers in the United States and Canada from August 2009 to January 2013. One hundred sixty-two participants with probable Alzheimer's disease (AD) and clinically significant agitation were analyzed in this study. Participants received a psychosocial intervention and were randomized to receive either citalopram or placebo (approximately half assigned to each group). Participants were rated on the Neurobehavioral Rating Scale Agitation subscale and measures of sedation (i.e., fatigue and somnolence).MethodsUsing the MacArthur Foundation procedures for documenting a mediator effect, we performed a secondary analysis examining whether sedation mediates the effect of treatment on agitation outcome. Results: We found a statistically significant mediating effect of sedation on agitation outcomes, but the magnitude of the effect was small, only explaining 11% of the variance in agitation, with a significant, but modest effect size of 0.16 (95% CI: 0.08 to 0.22).ConclusionsThe benefit of citalopram was partly due to sedation but largely due to other mechanisms of action.