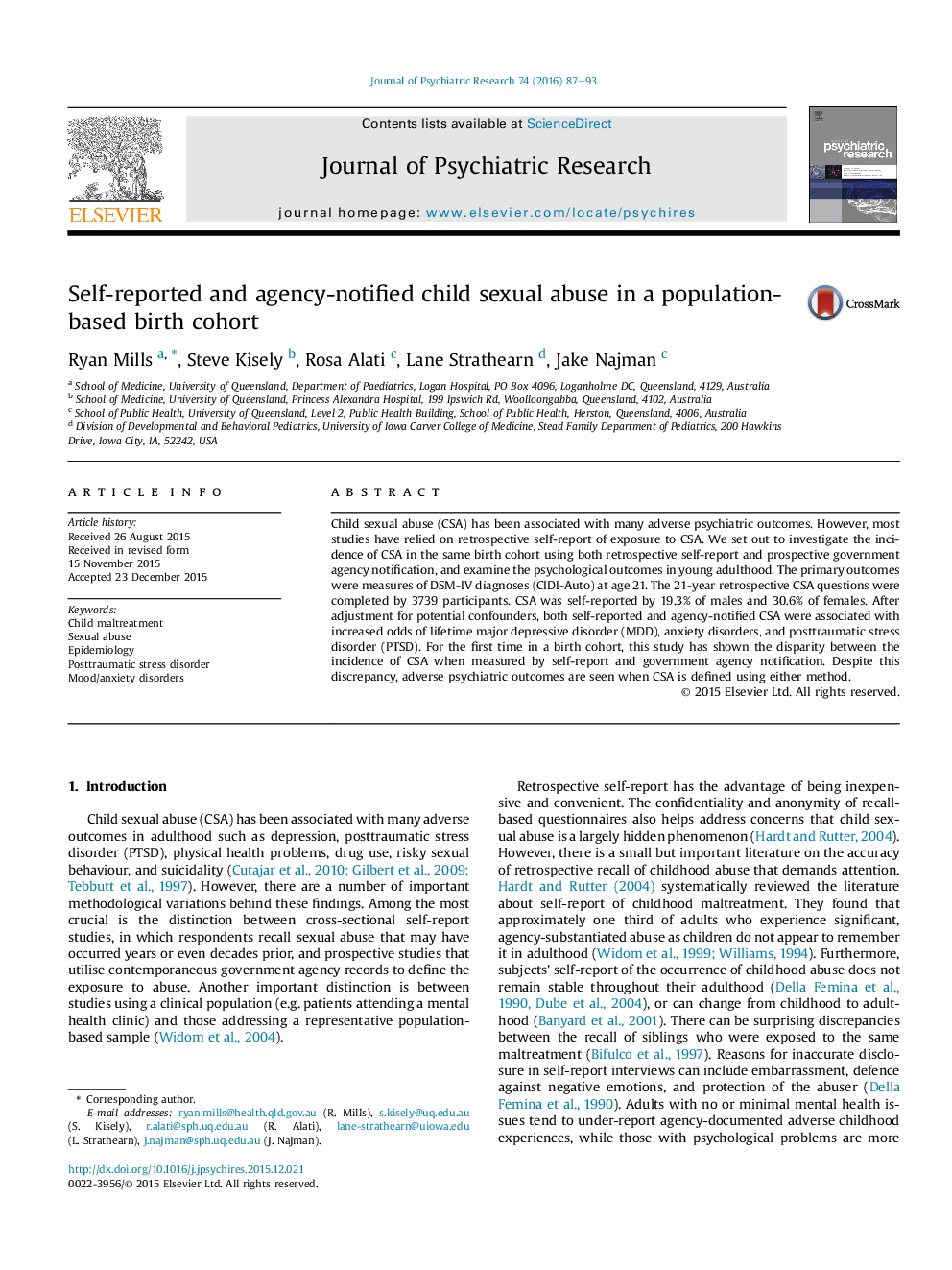 • Most studies of child sexual abuse (CSA) rely on retrospective self-report of CSA.
• This birth cohort study also had prospective data on government CSA notification.
• Most CSA that was self-reported in adulthood had not been notified to the authorities.
• Adverse psychiatric outcomes occurred when the CSA exposure was defined either way.

Child sexual abuse (CSA) has been associated with many adverse psychiatric outcomes. However, most studies have relied on retrospective self-report of exposure to CSA. We set out to investigate the incidence of CSA in the same birth cohort using both retrospective self-report and prospective government agency notification, and examine the psychological outcomes in young adulthood. The primary outcomes were measures of DSM-IV diagnoses (CIDI-Auto) at age 21. The 21-year retrospective CSA questions were completed by 3739 participants. CSA was self-reported by 19.3% of males and 30.6% of females. After adjustment for potential confounders, both self-reported and agency-notified CSA were associated with increased odds of lifetime major depressive disorder (MDD), anxiety disorders, and posttraumatic stress disorder (PTSD). For the first time in a birth cohort, this study has shown the disparity between the incidence of CSA when measured by self-report and government agency notification. Despite this discrepancy, adverse psychiatric outcomes are seen when CSA is defined using either method.