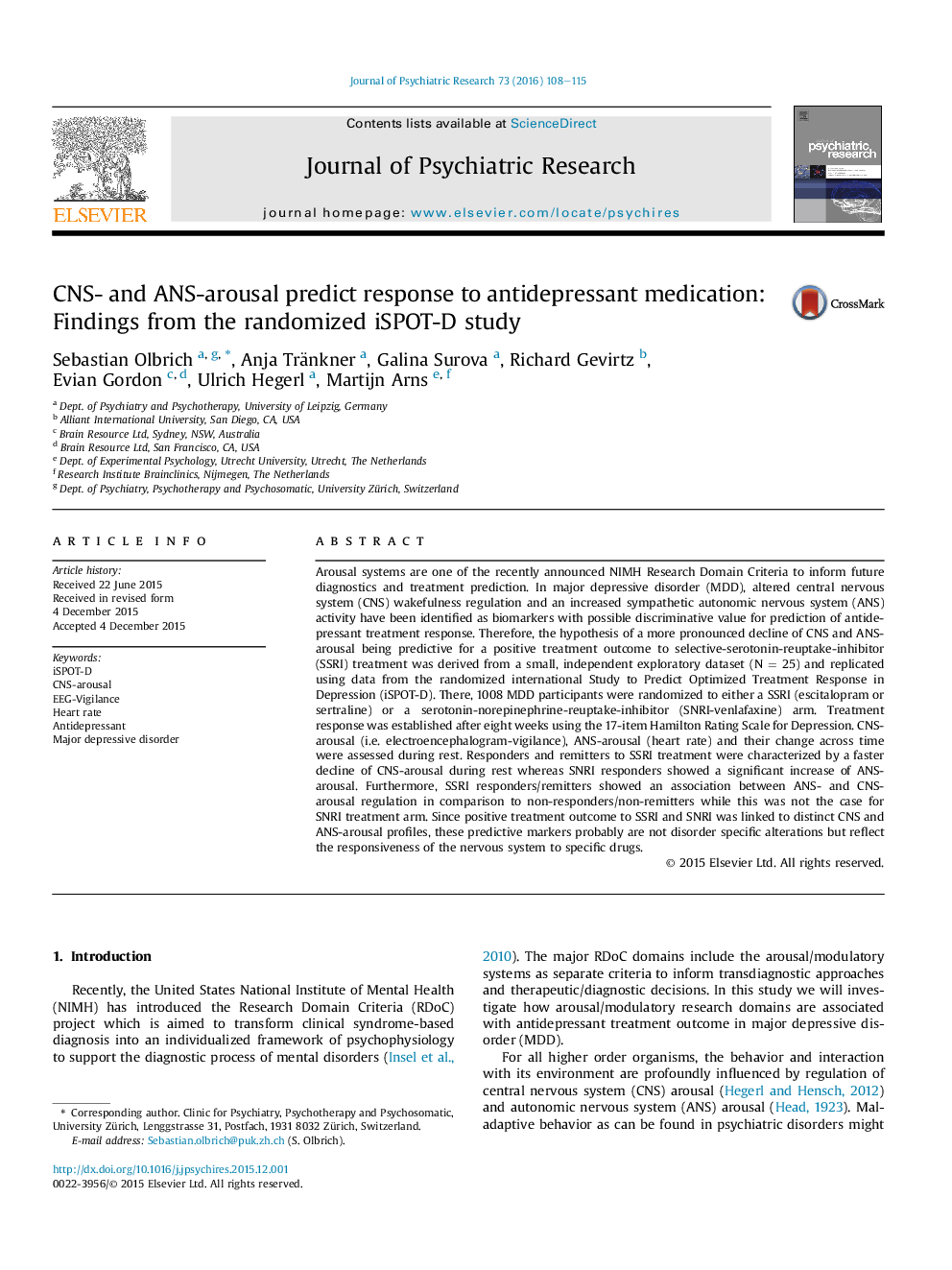 Arousal systems are one of the recently announced NIMH Research Domain Criteria to inform future diagnostics and treatment prediction. In major depressive disorder (MDD), altered central nervous system (CNS) wakefulness regulation and an increased sympathetic autonomic nervous system (ANS) activity have been identified as biomarkers with possible discriminative value for prediction of antidepressant treatment response. Therefore, the hypothesis of a more pronounced decline of CNS and ANS-arousal being predictive for a positive treatment outcome to selective-serotonin-reuptake-inhibitor (SSRI) treatment was derived from a small, independent exploratory dataset (N = 25) and replicated using data from the randomized international Study to Predict Optimized Treatment Response in Depression (iSPOT-D). There, 1008 MDD participants were randomized to either a SSRI (escitalopram or sertraline) or a serotonin-norepinephrine-reuptake-inhibitor (SNRI-venlafaxine) arm. Treatment response was established after eight weeks using the 17-item Hamilton Rating Scale for Depression. CNS-arousal (i.e. electroencephalogram-vigilance), ANS-arousal (heart rate) and their change across time were assessed during rest. Responders and remitters to SSRI treatment were characterized by a faster decline of CNS-arousal during rest whereas SNRI responders showed a significant increase of ANS-arousal. Furthermore, SSRI responders/remitters showed an association between ANS- and CNS-arousal regulation in comparison to non-responders/non-remitters while this was not the case for SNRI treatment arm. Since positive treatment outcome to SSRI and SNRI was linked to distinct CNS and ANS-arousal profiles, these predictive markers probably are not disorder specific alterations but reflect the responsiveness of the nervous system to specific drugs.

Responders to SSRI were characterized by a steeper decline of CNS-arousal (EEG-vigilance) than non-responders. No such pattern was found for the SNRI group.Figure optionsDownload as PowerPoint slide