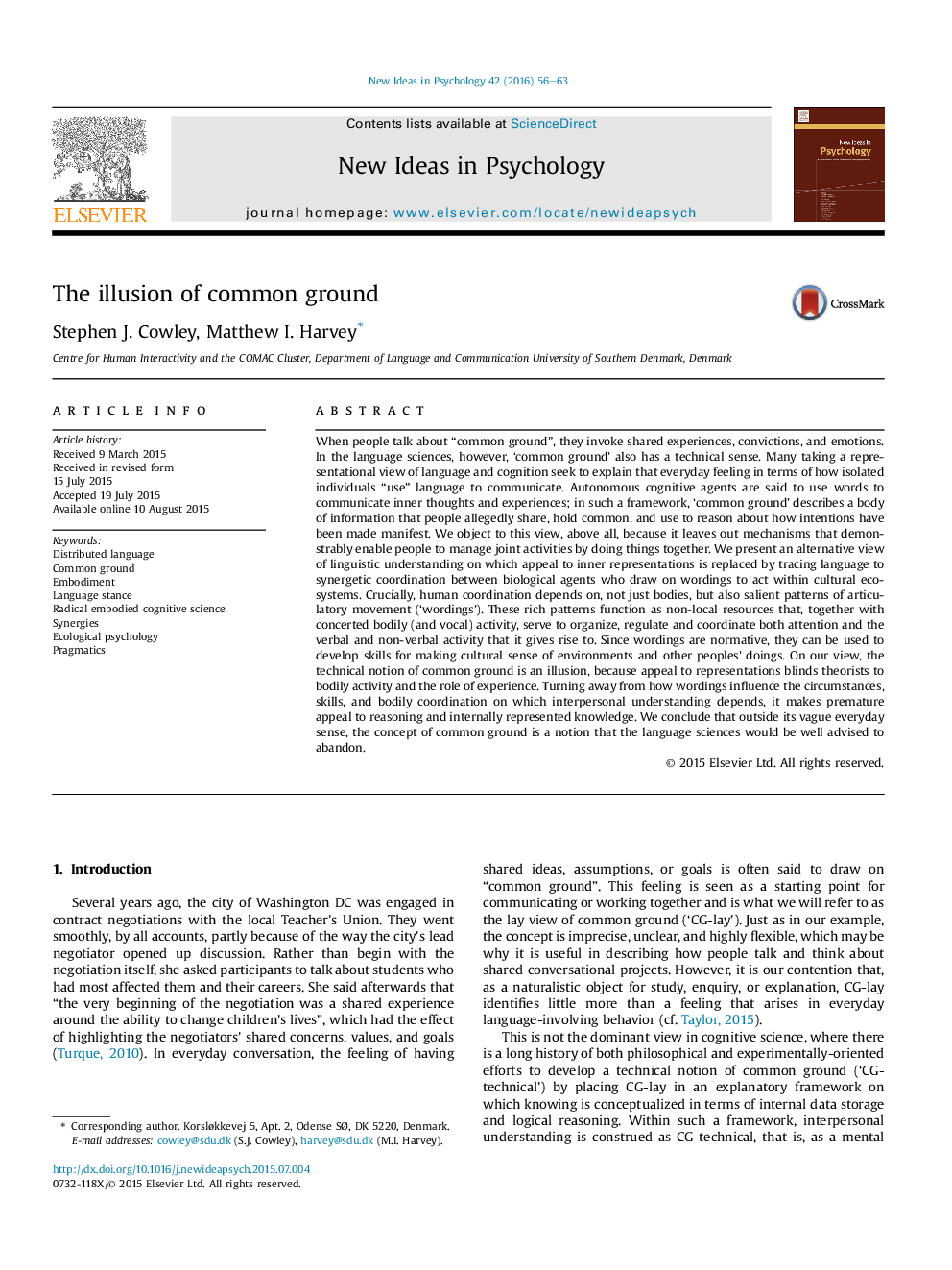 When people talk about “common ground”, they invoke shared experiences, convictions, and emotions. In the language sciences, however, ‘common ground’ also has a technical sense. Many taking a representational view of language and cognition seek to explain that everyday feeling in terms of how isolated individuals “use” language to communicate. Autonomous cognitive agents are said to use words to communicate inner thoughts and experiences; in such a framework, ‘common ground’ describes a body of information that people allegedly share, hold common, and use to reason about how intentions have been made manifest. We object to this view, above all, because it leaves out mechanisms that demonstrably enable people to manage joint activities by doing things together. We present an alternative view of linguistic understanding on which appeal to inner representations is replaced by tracing language to synergetic coordination between biological agents who draw on wordings to act within cultural ecosystems. Crucially, human coordination depends on, not just bodies, but also salient patterns of articulatory movement (‘wordings’). These rich patterns function as non-local resources that, together with concerted bodily (and vocal) activity, serve to organize, regulate and coordinate both attention and the verbal and non-verbal activity that it gives rise to. Since wordings are normative, they can be used to develop skills for making cultural sense of environments and other peoples' doings. On our view, the technical notion of common ground is an illusion, because appeal to representations blinds theorists to bodily activity and the role of experience. Turning away from how wordings influence the circumstances, skills, and bodily coordination on which interpersonal understanding depends, it makes premature appeal to reasoning and internally represented knowledge. We conclude that outside its vague everyday sense, the concept of common ground is a notion that the language sciences would be well advised to abandon.