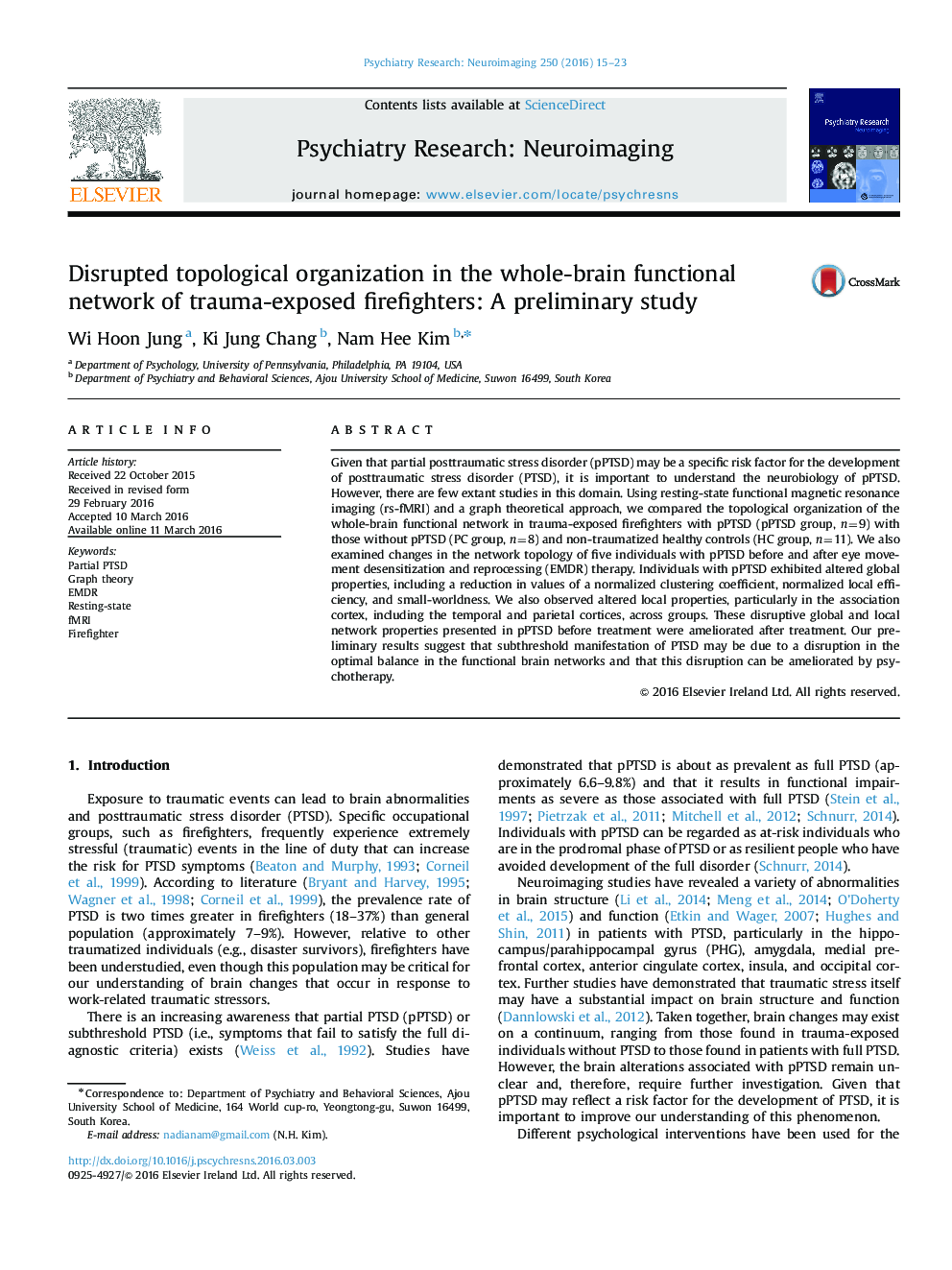 Given that partial posttraumatic stress disorder (pPTSD) may be a specific risk factor for the development of posttraumatic stress disorder (PTSD), it is important to understand the neurobiology of pPTSD. However, there are few extant studies in this domain. Using resting-state functional magnetic resonance imaging (rs-fMRI) and a graph theoretical approach, we compared the topological organization of the whole-brain functional network in trauma-exposed firefighters with pPTSD (pPTSD group, n=9) with those without pPTSD (PC group, n=8) and non-traumatized healthy controls (HC group, n=11). We also examined changes in the network topology of five individuals with pPTSD before and after eye movement desensitization and reprocessing (EMDR) therapy. Individuals with pPTSD exhibited altered global properties, including a reduction in values of a normalized clustering coefficient, normalized local efficiency, and small-worldness. We also observed altered local properties, particularly in the association cortex, including the temporal and parietal cortices, across groups. These disruptive global and local network properties presented in pPTSD before treatment were ameliorated after treatment. Our preliminary results suggest that subthreshold manifestation of PTSD may be due to a disruption in the optimal balance in the functional brain networks and that this disruption can be ameliorated by psychotherapy.