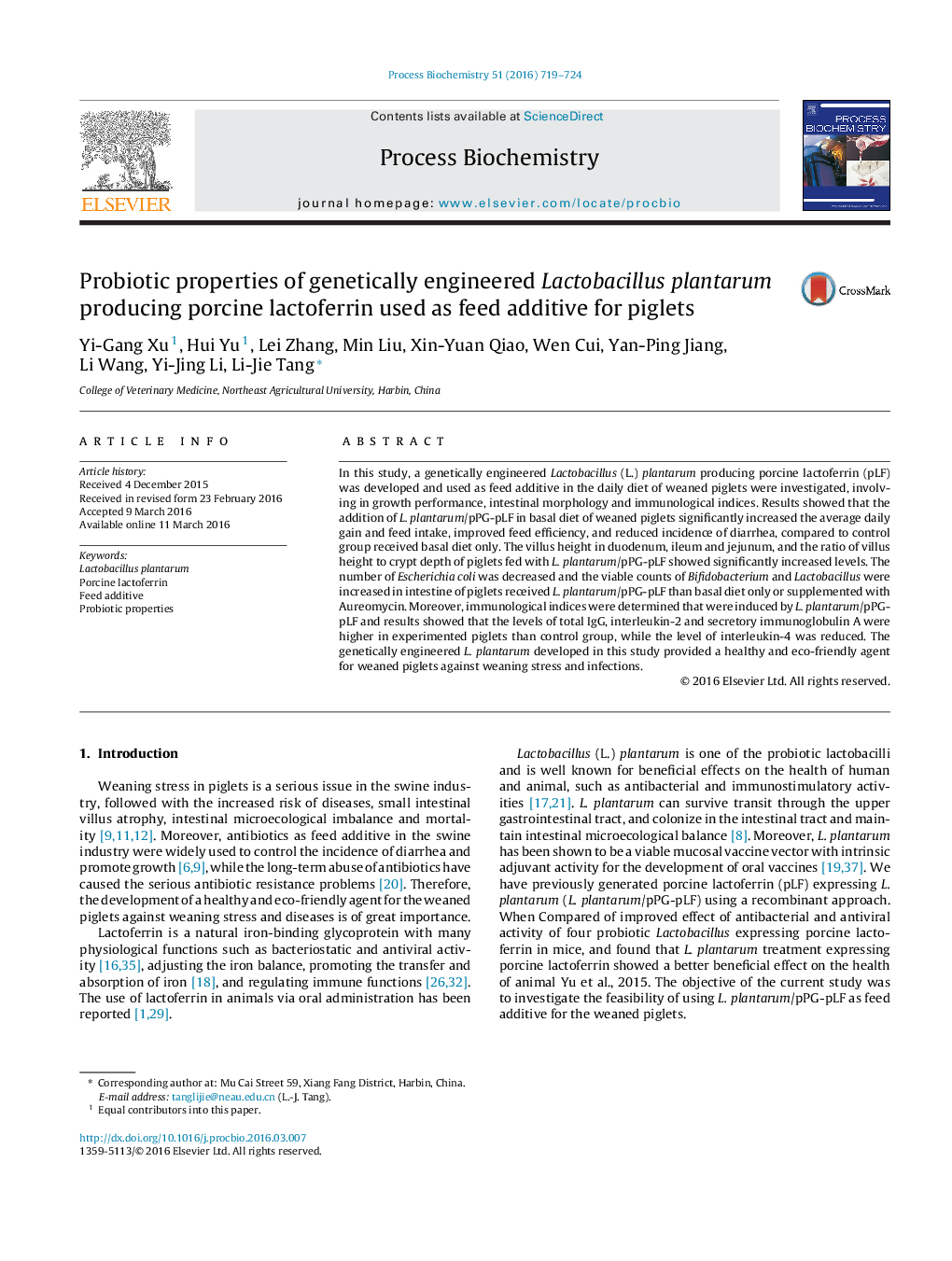 In this study, a genetically engineered Lactobacillus (L.) plantarum producing porcine lactoferrin (pLF) was developed and used as feed additive in the daily diet of weaned piglets were investigated, involving in growth performance, intestinal morphology and immunological indices. Results showed that the addition of L. plantarum/pPG-pLF in basal diet of weaned piglets significantly increased the average daily gain and feed intake, improved feed efficiency, and reduced incidence of diarrhea, compared to control group received basal diet only. The villus height in duodenum, ileum and jejunum, and the ratio of villus height to crypt depth of piglets fed with L. plantarum/pPG-pLF showed significantly increased levels. The number of Escherichia coli was decreased and the viable counts of Bifidobacterium and Lactobacillus were increased in intestine of piglets received L. plantarum/pPG-pLF than basal diet only or supplemented with Aureomycin. Moreover, immunological indices were determined that were induced by L. plantarum/pPG-pLF and results showed that the levels of total IgG, interleukin-2 and secretory immunoglobulin A were higher in experimented piglets than control group, while the level of interleukin-4 was reduced. The genetically engineered L. plantarum developed in this study provided a healthy and eco-friendly agent for weaned piglets against weaning stress and infections.