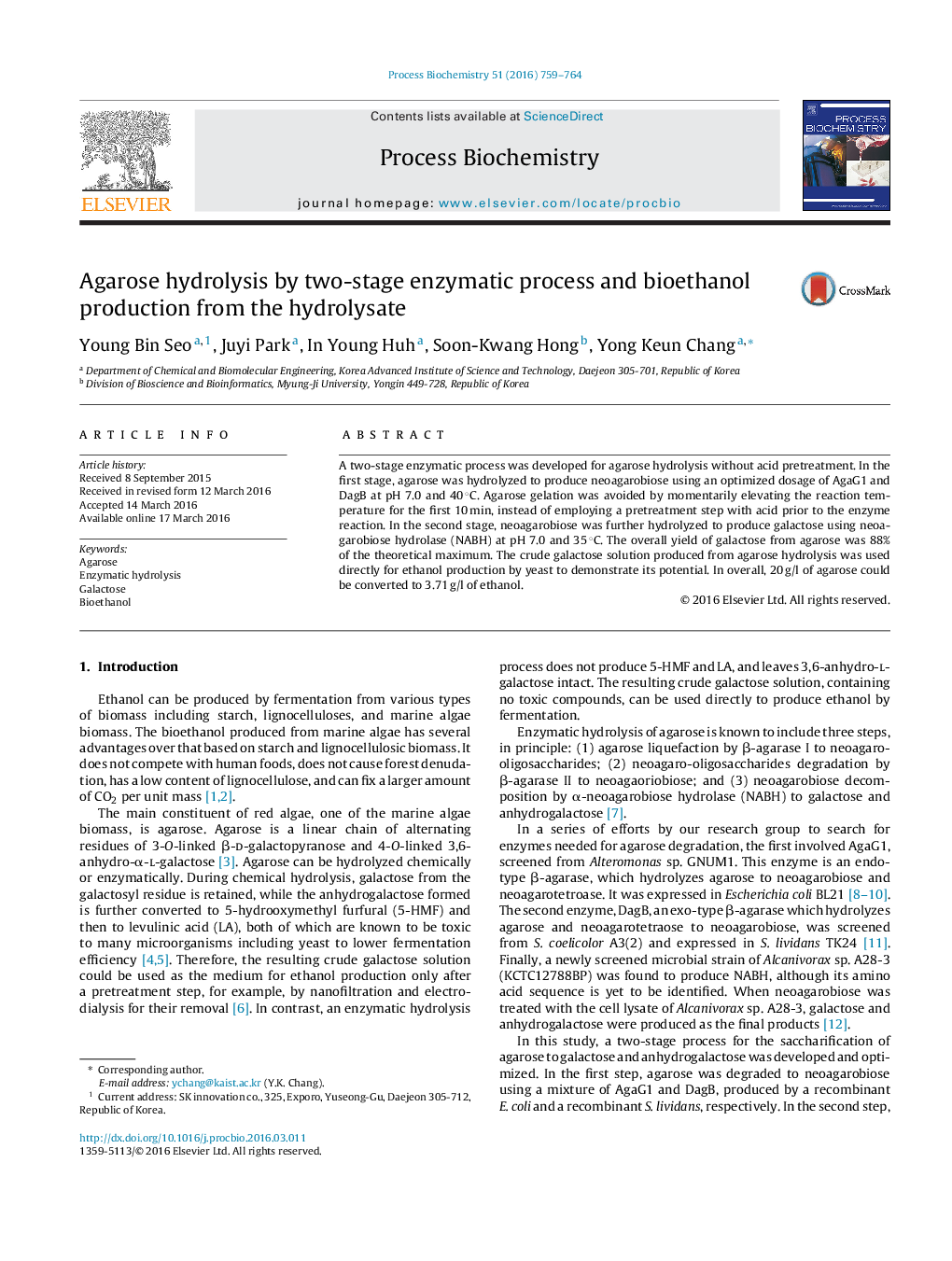 • This is the first report on enzymatic agarose hydrolysis process development with no acid pretreatment.
• In two-stage process, 88% of agarose was degraded to galactose and anhydrogalactose.
• The resulting hydrolysate was used for ethanol production without separation process.
• Bioethanol could be produced with no inhibition of cellular activity observed.

A two-stage enzymatic process was developed for agarose hydrolysis without acid pretreatment. In the first stage, agarose was hydrolyzed to produce neoagarobiose using an optimized dosage of AgaG1 and DagB at pH 7.0 and 40 °C. Agarose gelation was avoided by momentarily elevating the reaction temperature for the first 10 min, instead of employing a pretreatment step with acid prior to the enzyme reaction. In the second stage, neoagarobiose was further hydrolyzed to produce galactose using neoagarobiose hydrolase (NABH) at pH 7.0 and 35 °C. The overall yield of galactose from agarose was 88% of the theoretical maximum. The crude galactose solution produced from agarose hydrolysis was used directly for ethanol production by yeast to demonstrate its potential. In overall, 20 g/l of agarose could be converted to 3.71 g/l of ethanol.