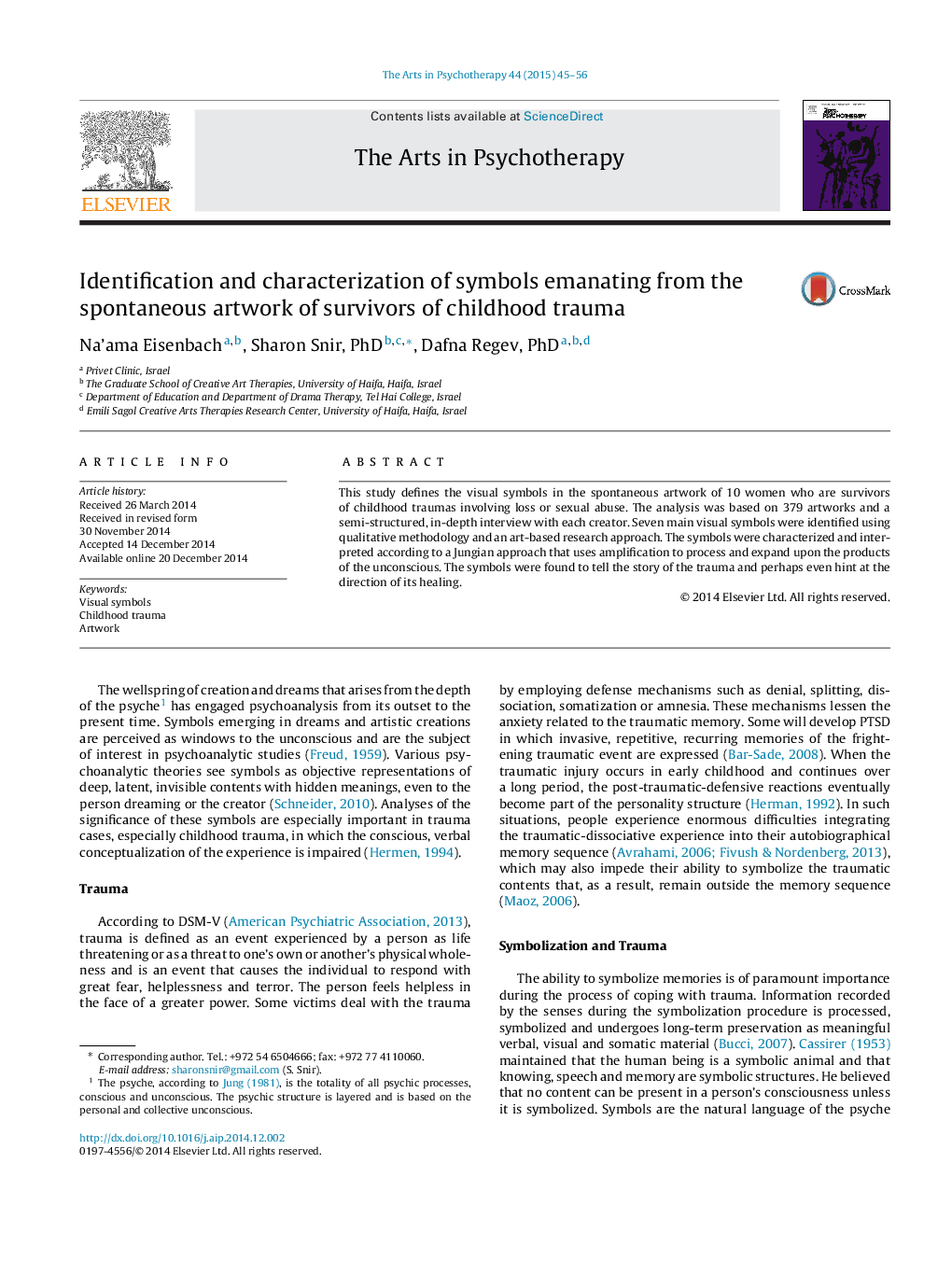 • Defines visual symbols in the artwork of 10 women suffering from childhood trauma.
• The analysis was based on 379 artworks and on semi-structured interviews.
• Seven principal visual symbols were identified.

This study defines the visual symbols in the spontaneous artwork of 10 women who are survivors of childhood traumas involving loss or sexual abuse. The analysis was based on 379 artworks and a semi-structured, in-depth interview with each creator. Seven main visual symbols were identified using qualitative methodology and an art-based research approach. The symbols were characterized and interpreted according to a Jungian approach that uses amplification to process and expand upon the products of the unconscious. The symbols were found to tell the story of the trauma and perhaps even hint at the direction of its healing.