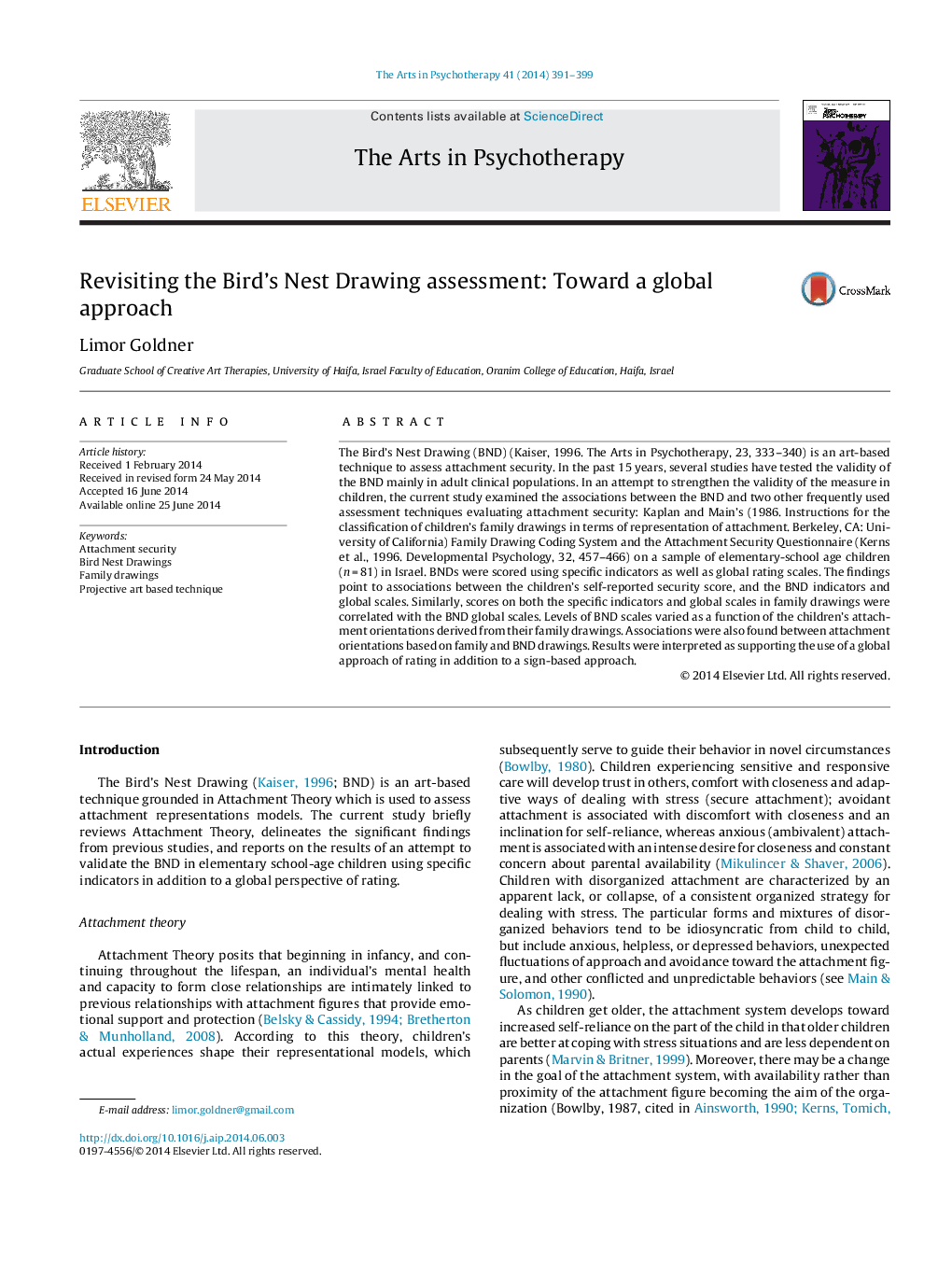 The Bird's Nest Drawing (BND) (Kaiser, 1996. The Arts in Psychotherapy, 23, 333–340) is an art-based technique to assess attachment security. In the past 15 years, several studies have tested the validity of the BND mainly in adult clinical populations. In an attempt to strengthen the validity of the measure in children, the current study examined the associations between the BND and two other frequently used assessment techniques evaluating attachment security: Kaplan and Main's (1986. Instructions for the classification of children's family drawings in terms of representation of attachment. Berkeley, CA: University of California) Family Drawing Coding System and the Attachment Security Questionnaire (Kerns et al., 1996. Developmental Psychology, 32, 457–466) on a sample of elementary-school age children (n = 81) in Israel. BNDs were scored using specific indicators as well as global rating scales. The findings point to associations between the children's self-reported security score, and the BND indicators and global scales. Similarly, scores on both the specific indicators and global scales in family drawings were correlated with the BND global scales. Levels of BND scales varied as a function of the children's attachment orientations derived from their family drawings. Associations were also found between attachment orientations based on family and BND drawings. Results were interpreted as supporting the use of a global approach of rating in addition to a sign-based approach.