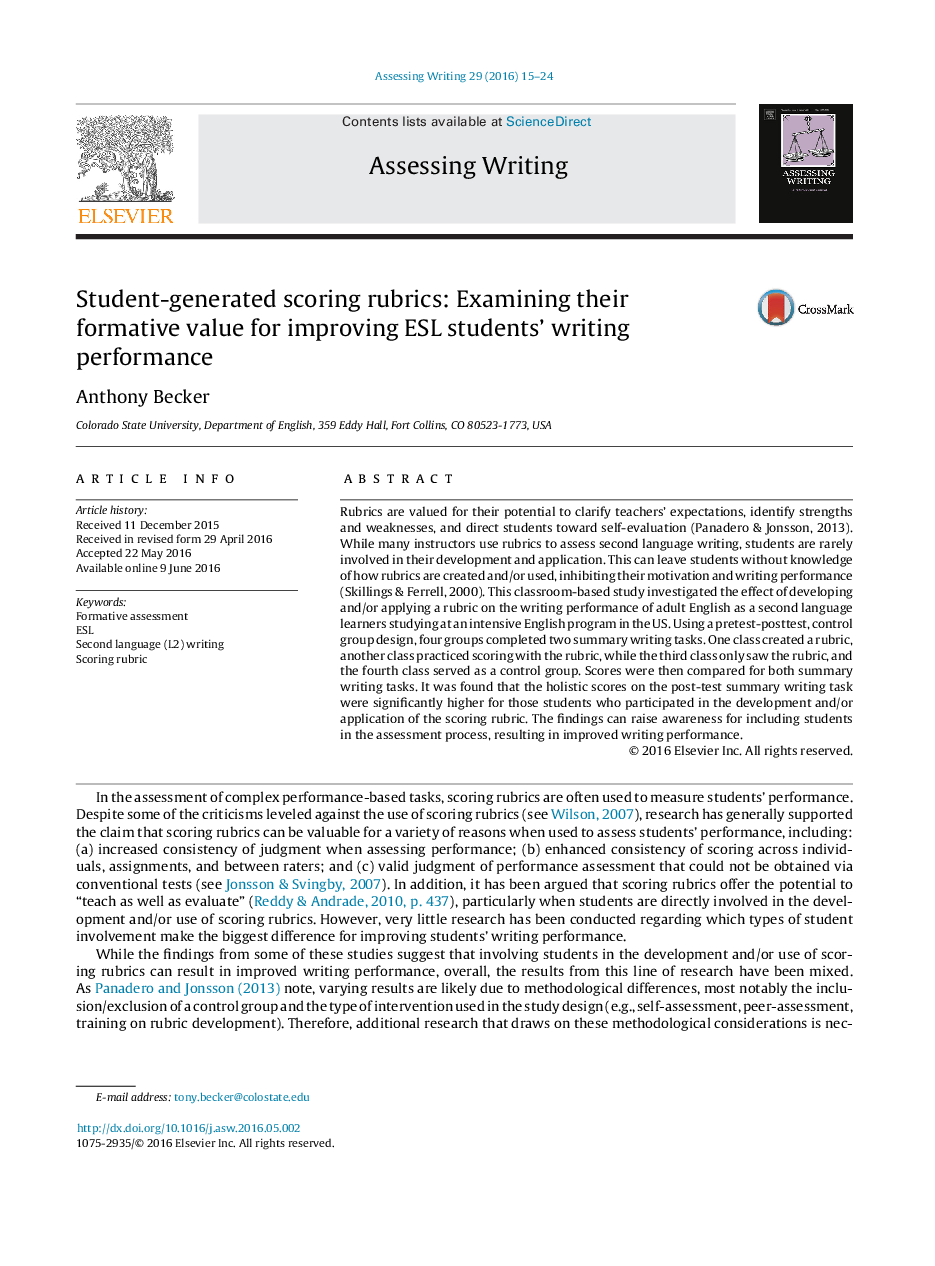 Rubrics are valued for their potential to clarify teachers’ expectations, identify strengths and weaknesses, and direct students toward self-evaluation (Panadero & Jonsson, 2013). While many instructors use rubrics to assess second language writing, students are rarely involved in their development and application. This can leave students without knowledge of how rubrics are created and/or used, inhibiting their motivation and writing performance (Skillings & Ferrell, 2000). This classroom-based study investigated the effect of developing and/or applying a rubric on the writing performance of adult English as a second language learners studying at an intensive English program in the US. Using a pretest-posttest, control group design, four groups completed two summary writing tasks. One class created a rubric, another class practiced scoring with the rubric, while the third class only saw the rubric, and the fourth class served as a control group. Scores were then compared for both summary writing tasks. It was found that the holistic scores on the post-test summary writing task were significantly higher for those students who participated in the development and/or application of the scoring rubric. The findings can raise awareness for including students in the assessment process, resulting in improved writing performance.