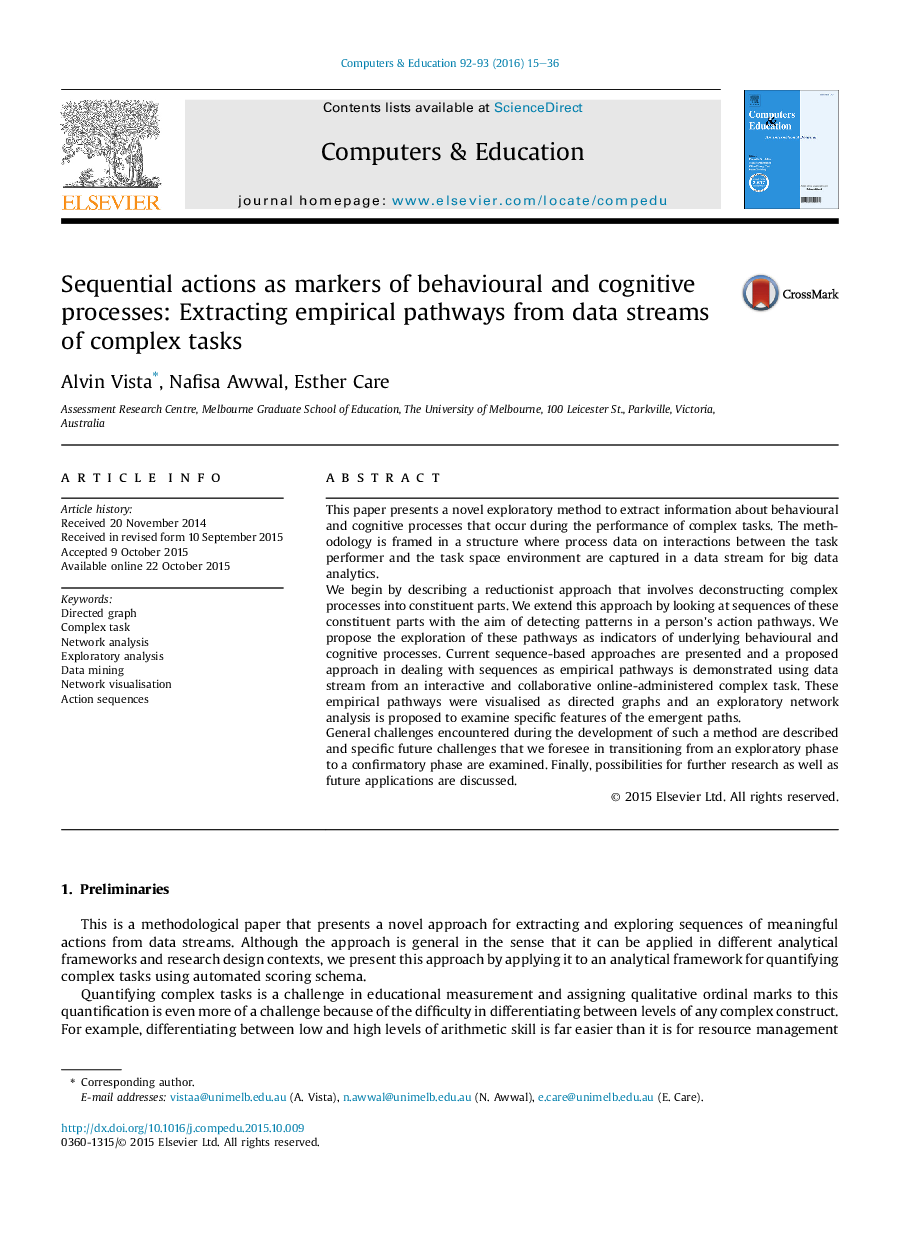 • An exploratory method to extract information on behavioural and cognitive processes.
• Performance in complex tasks can be systematically measured and analysed.
• Behavioural indicators are visualised as a network of directed graph.
• Exploring dominant paths in the network can yield process information.

This paper presents a novel exploratory method to extract information about behavioural and cognitive processes that occur during the performance of complex tasks. The methodology is framed in a structure where process data on interactions between the task performer and the task space environment are captured in a data stream for big data analytics.We begin by describing a reductionist approach that involves deconstructing complex processes into constituent parts. We extend this approach by looking at sequences of these constituent parts with the aim of detecting patterns in a person's action pathways. We propose the exploration of these pathways as indicators of underlying behavioural and cognitive processes. Current sequence-based approaches are presented and a proposed approach in dealing with sequences as empirical pathways is demonstrated using data stream from an interactive and collaborative online-administered complex task. These empirical pathways were visualised as directed graphs and an exploratory network analysis is proposed to examine specific features of the emergent paths.General challenges encountered during the development of such a method are described and specific future challenges that we foresee in transitioning from an exploratory phase to a confirmatory phase are examined. Finally, possibilities for further research as well as future applications are discussed.