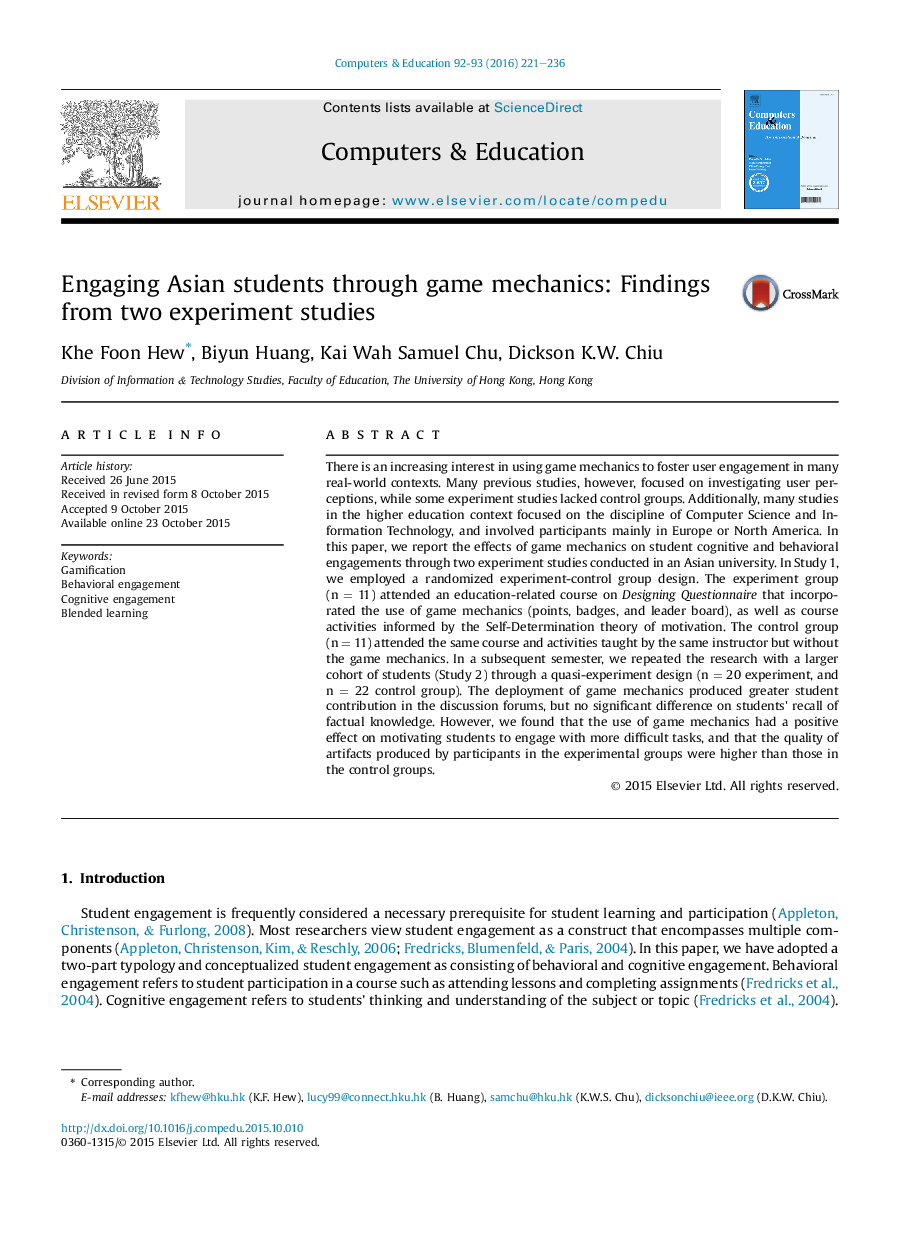 • The effects of badges, points and leader board on Asian students' behavioral and cognitive engagement were examined.
• Game mechanics produced greater student contribution in the discussion forums.
• No significant difference on students' recall of factual knowledge was found.
• Game mechanics positively motivated students to engage with more difficult tasks.
• Quality of artifacts produced in gamified groups higher than those in the control groups.

There is an increasing interest in using game mechanics to foster user engagement in many real-world contexts. Many previous studies, however, focused on investigating user perceptions, while some experiment studies lacked control groups. Additionally, many studies in the higher education context focused on the discipline of Computer Science and Information Technology, and involved participants mainly in Europe or North America. In this paper, we report the effects of game mechanics on student cognitive and behavioral engagements through two experiment studies conducted in an Asian university. In Study 1, we employed a randomized experiment-control group design. The experiment group (n = 11) attended an education-related course on Designing Questionnaire that incorporated the use of game mechanics (points, badges, and leader board), as well as course activities informed by the Self-Determination theory of motivation. The control group (n = 11) attended the same course and activities taught by the same instructor but without the game mechanics. In a subsequent semester, we repeated the research with a larger cohort of students (Study 2) through a quasi-experiment design (n = 20 experiment, and n = 22 control group). The deployment of game mechanics produced greater student contribution in the discussion forums, but no significant difference on students' recall of factual knowledge. However, we found that the use of game mechanics had a positive effect on motivating students to engage with more difficult tasks, and that the quality of artifacts produced by participants in the experimental groups were higher than those in the control groups.