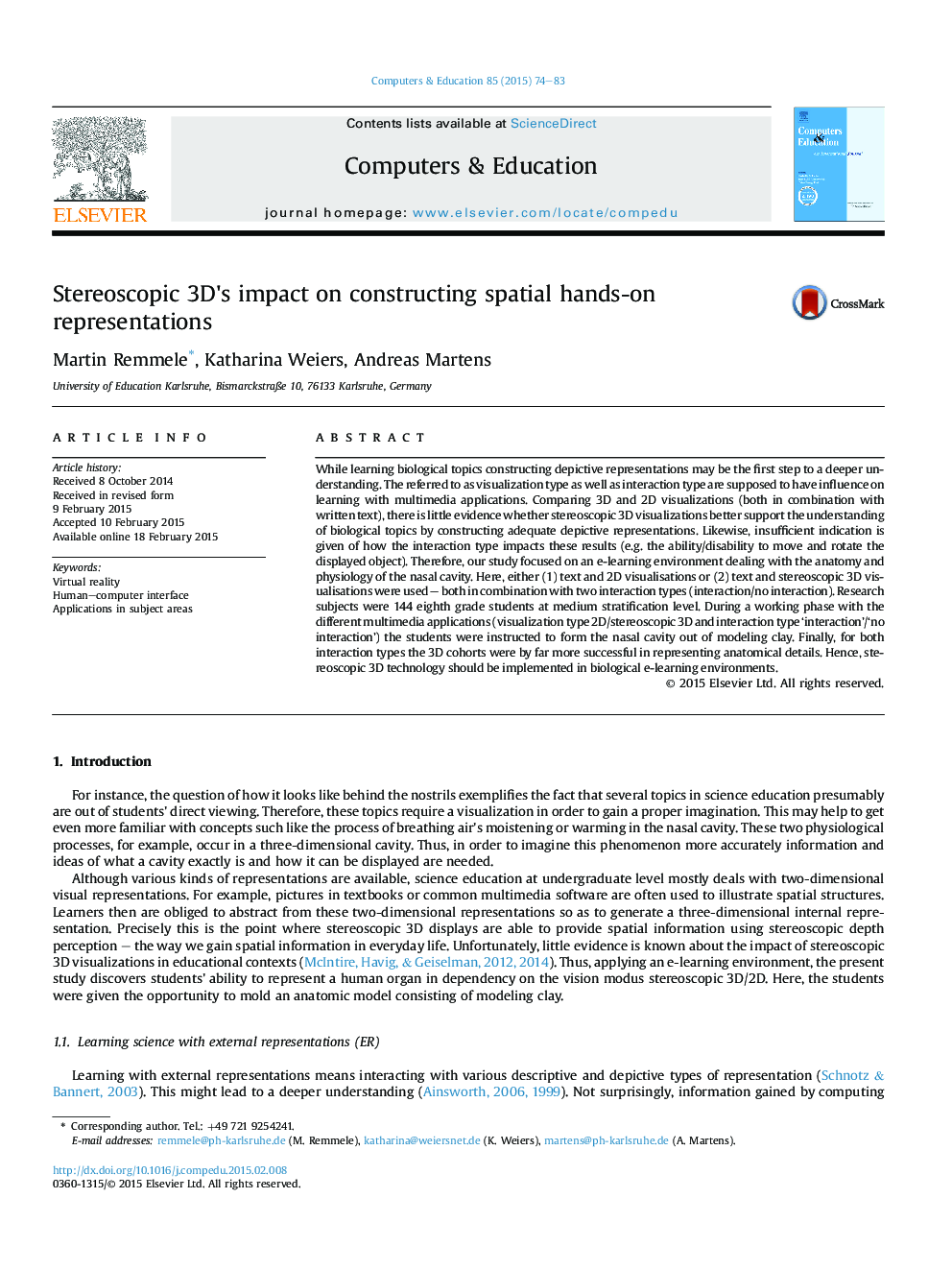 While learning biological topics constructing depictive representations may be the first step to a deeper understanding. The referred to as visualization type as well as interaction type are supposed to have influence on learning with multimedia applications. Comparing 3D and 2D visualizations (both in combination with written text), there is little evidence whether stereoscopic 3D visualizations better support the understanding of biological topics by constructing adequate depictive representations. Likewise, insufficient indication is given of how the interaction type impacts these results (e.g. the ability/disability to move and rotate the displayed object). Therefore, our study focused on an e-learning environment dealing with the anatomy and physiology of the nasal cavity. Here, either (1) text and 2D visualisations or (2) text and stereoscopic 3D visualisations were used – both in combination with two interaction types (interaction/no interaction). Research subjects were 144 eighth grade students at medium stratification level. During a working phase with the different multimedia applications (visualization type 2D/stereoscopic 3D and interaction type ‘interaction’/‘no interaction’) the students were instructed to form the nasal cavity out of modeling clay. Finally, for both interaction types the 3D cohorts were by far more successful in representing anatomical details. Hence, stereoscopic 3D technology should be implemented in biological e-learning environments.