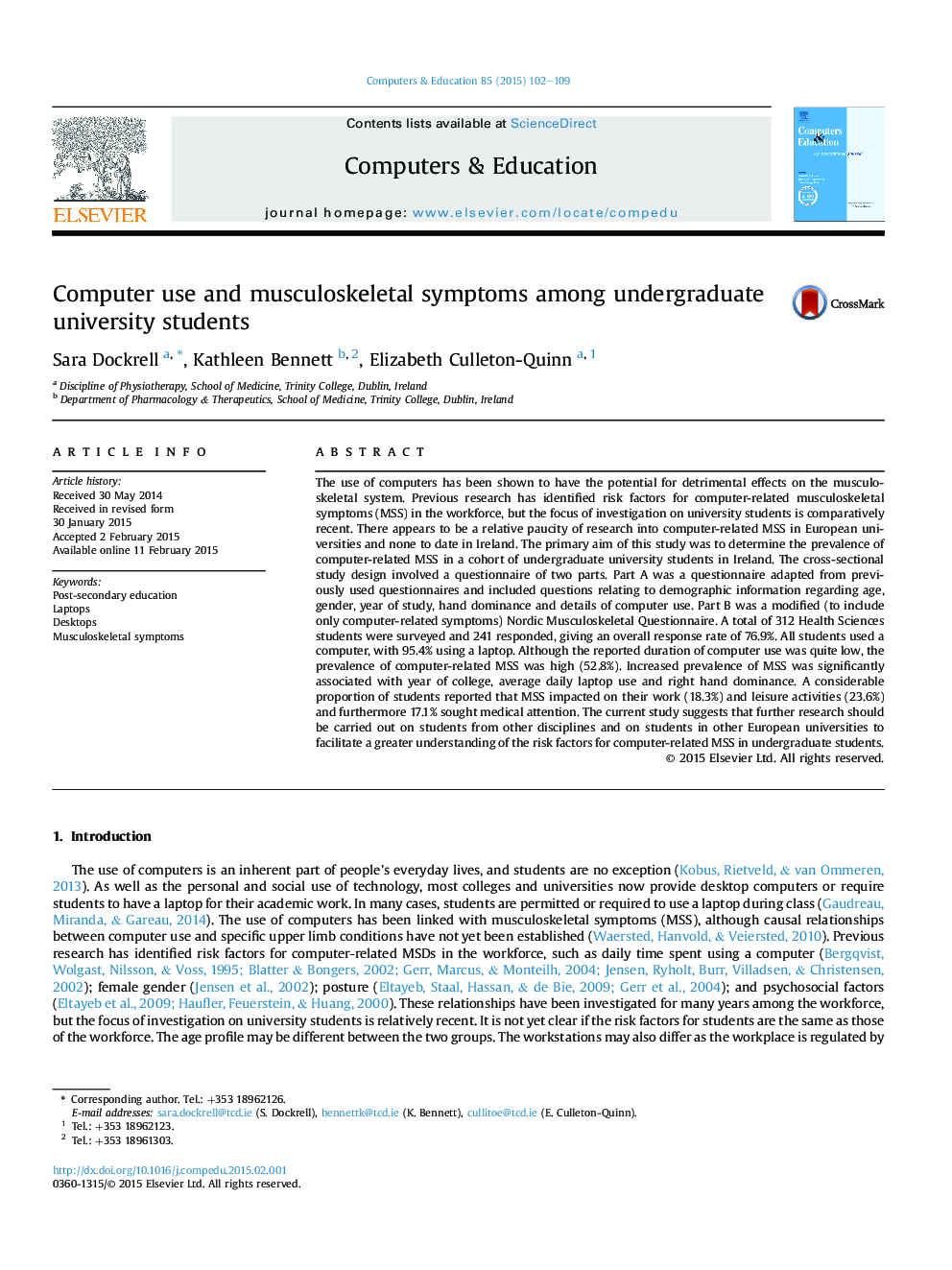 The use of computers has been shown to have the potential for detrimental effects on the musculoskeletal system. Previous research has identified risk factors for computer-related musculoskeletal symptoms (MSS) in the workforce, but the focus of investigation on university students is comparatively recent. There appears to be a relative paucity of research into computer-related MSS in European universities and none to date in Ireland. The primary aim of this study was to determine the prevalence of computer-related MSS in a cohort of undergraduate university students in Ireland. The cross-sectional study design involved a questionnaire of two parts. Part A was a questionnaire adapted from previously used questionnaires and included questions relating to demographic information regarding age, gender, year of study, hand dominance and details of computer use. Part B was a modified (to include only computer-related symptoms) Nordic Musculoskeletal Questionnaire. A total of 312 Health Sciences students were surveyed and 241 responded, giving an overall response rate of 76.9%. All students used a computer, with 95.4% using a laptop. Although the reported duration of computer use was quite low, the prevalence of computer-related MSS was high (52.8%). Increased prevalence of MSS was significantly associated with year of college, average daily laptop use and right hand dominance. A considerable proportion of students reported that MSS impacted on their work (18.3%) and leisure activities (23.6%) and furthermore 17.1% sought medical attention. The current study suggests that further research should be carried out on students from other disciplines and on students in other European universities to facilitate a greater understanding of the risk factors for computer-related MSS in undergraduate students.