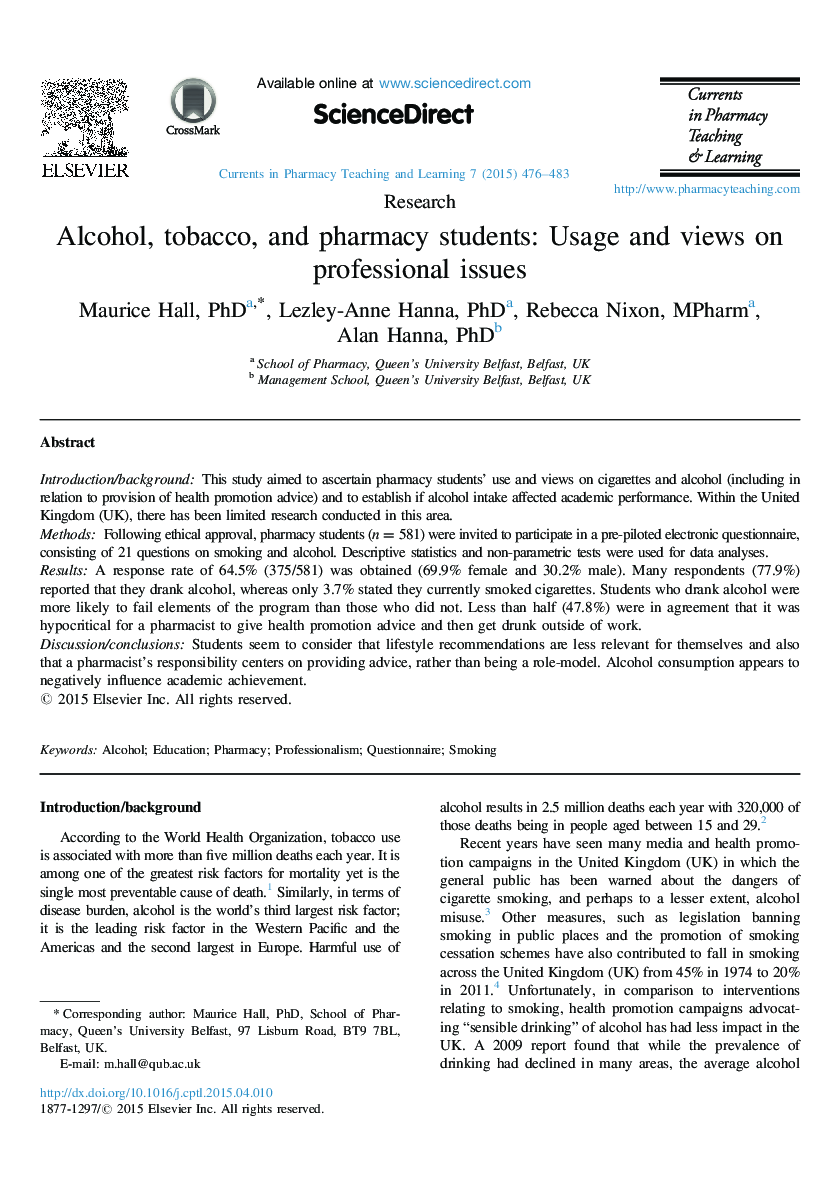 Introduction/backgroundThis study aimed to ascertain pharmacy students’ use and views on cigarettes and alcohol (including in relation to provision of health promotion advice) and to establish if alcohol intake affected academic performance. Within the United Kingdom (UK), there has been limited research conducted in this area.MethodsFollowing ethical approval, pharmacy students (n = 581) were invited to participate in a pre-piloted electronic questionnaire, consisting of 21 questions on smoking and alcohol. Descriptive statistics and non-parametric tests were used for data analyses.ResultsA response rate of 64.5% (375/581) was obtained (69.9% female and 30.2% male). Many respondents (77.9%) reported that they drank alcohol, whereas only 3.7% stated they currently smoked cigarettes. Students who drank alcohol were more likely to fail elements of the program than those who did not. Less than half (47.8%) were in agreement that it was hypocritical for a pharmacist to give health promotion advice and then get drunk outside of work.Discussion/conclusionsStudents seem to consider that lifestyle recommendations are less relevant for themselves and also that a pharmacist’s responsibility centers on providing advice, rather than being a role-model. Alcohol consumption appears to negatively influence academic achievement.