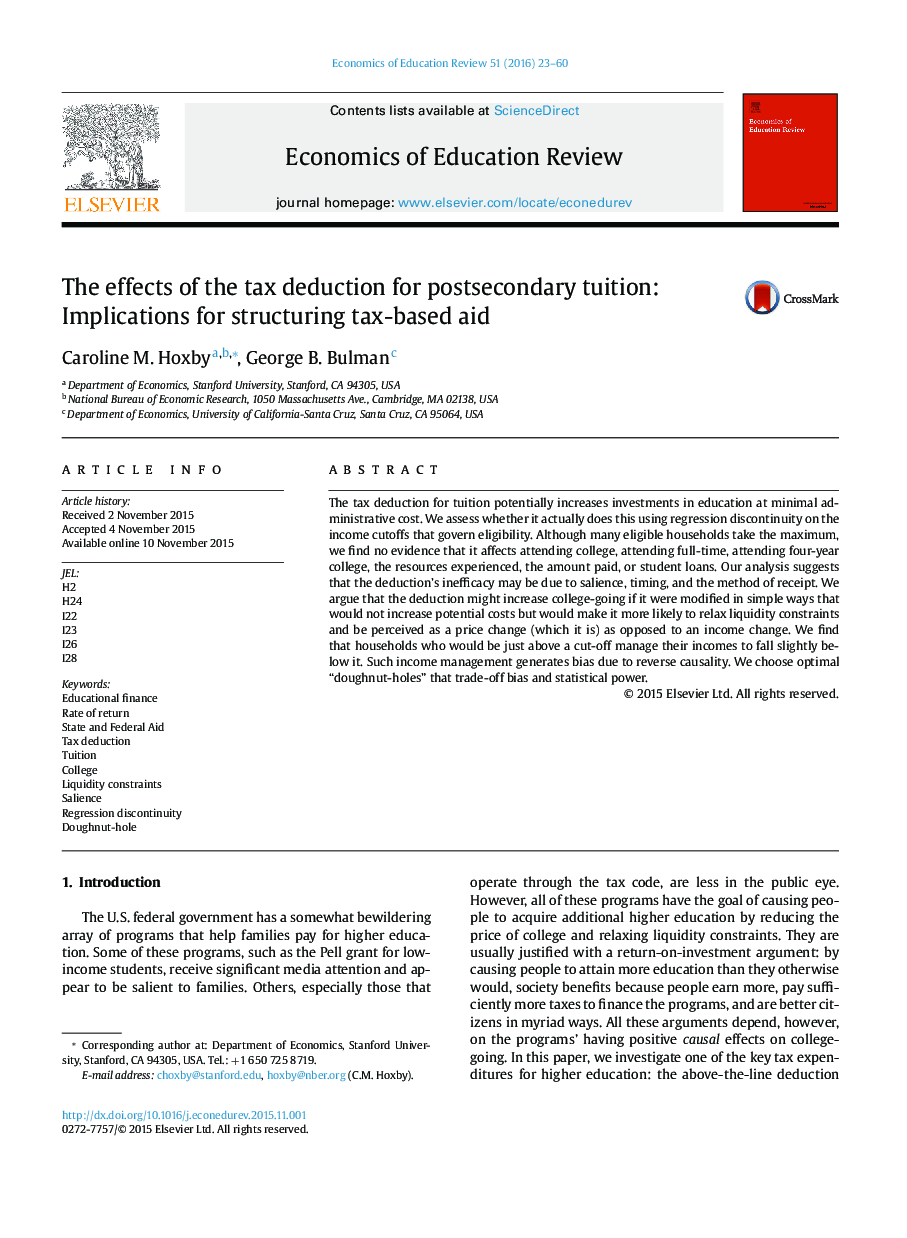 • Using regression discontinuity methods, we show that the federal tax deduction for tuition and fees has no effect on college-going by any measure.
• We argue that the tax deduction is inefficacious because of salience, timing, and method of receipt. Furthermore, we argue that it might increase college-going if it were modified in simple ways that would not increase its potential costs.
• We show that households who would be just above the threshold to deduction eligibility manage their incomes to fall slightly below it. Such management generates reverse causality bias. We find optimal “doughnut-holes” that trade-off bias and statistical power.

The tax deduction for tuition potentially increases investments in education at minimal administrative cost. We assess whether it actually does this using regression discontinuity on the income cutoffs that govern eligibility. Although many eligible households take the maximum, we find no evidence that it affects attending college, attending full-time, attending four-year college, the resources experienced, the amount paid, or student loans. Our analysis suggests that the deduction's inefficacy may be due to salience, timing, and the method of receipt. We argue that the deduction might increase college-going if it were modified in simple ways that would not increase potential costs but would make it more likely to relax liquidity constraints and be perceived as a price change (which it is) as opposed to an income change. We find that households who would be just above a cut-off manage their incomes to fall slightly below it. Such income management generates bias due to reverse causality. We choose optimal “doughnut-holes” that trade-off bias and statistical power.