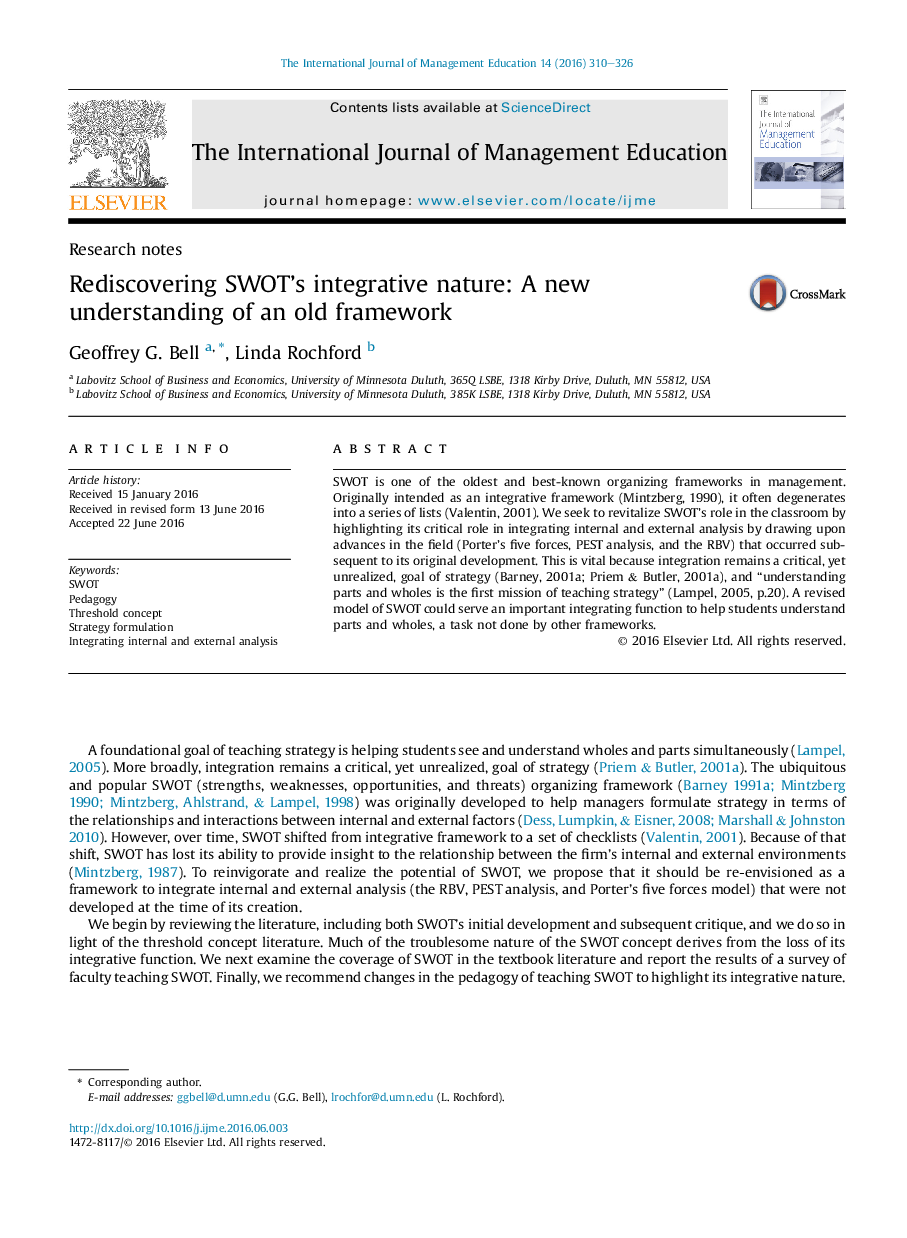 SWOT is one of the oldest and best-known organizing frameworks in management. Originally intended as an integrative framework (Mintzberg, 1990), it often degenerates into a series of lists (Valentin, 2001). We seek to revitalize SWOT’s role in the classroom by highlighting its critical role in integrating internal and external analysis by drawing upon advances in the field (Porter’s five forces, PEST analysis, and the RBV) that occurred subsequent to its original development. This is vital because integration remains a critical, yet unrealized, goal of strategy (Barney, 2001a; Priem & Butler, 2001a), and “understanding parts and wholes is the first mission of teaching strategy” (Lampel, 2005, p.20). A revised model of SWOT could serve an important integrating function to help students understand parts and wholes, a task not done by other frameworks.