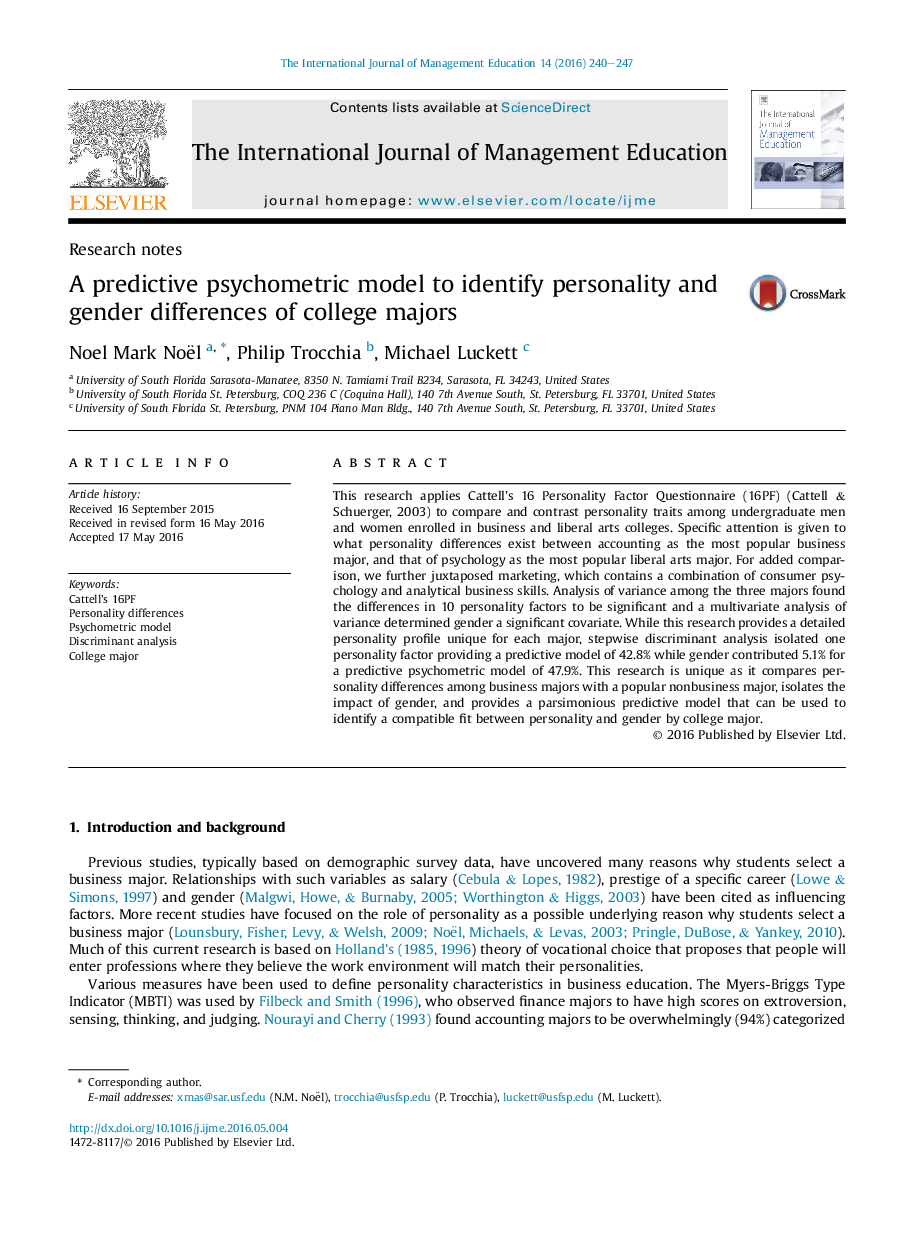 This research applies Cattell’s 16 Personality Factor Questionnaire (16PF) (Cattell & Schuerger, 2003) to compare and contrast personality traits among undergraduate men and women enrolled in business and liberal arts colleges. Specific attention is given to what personality differences exist between accounting as the most popular business major, and that of psychology as the most popular liberal arts major. For added comparison, we further juxtaposed marketing, which contains a combination of consumer psychology and analytical business skills. Analysis of variance among the three majors found the differences in 10 personality factors to be significant and a multivariate analysis of variance determined gender a significant covariate. While this research provides a detailed personality profile unique for each major, stepwise discriminant analysis isolated one personality factor providing a predictive model of 42.8% while gender contributed 5.1% for a predictive psychometric model of 47.9%. This research is unique as it compares personality differences among business majors with a popular nonbusiness major, isolates the impact of gender, and provides a parsimonious predictive model that can be used to identify a compatible fit between personality and gender by college major.