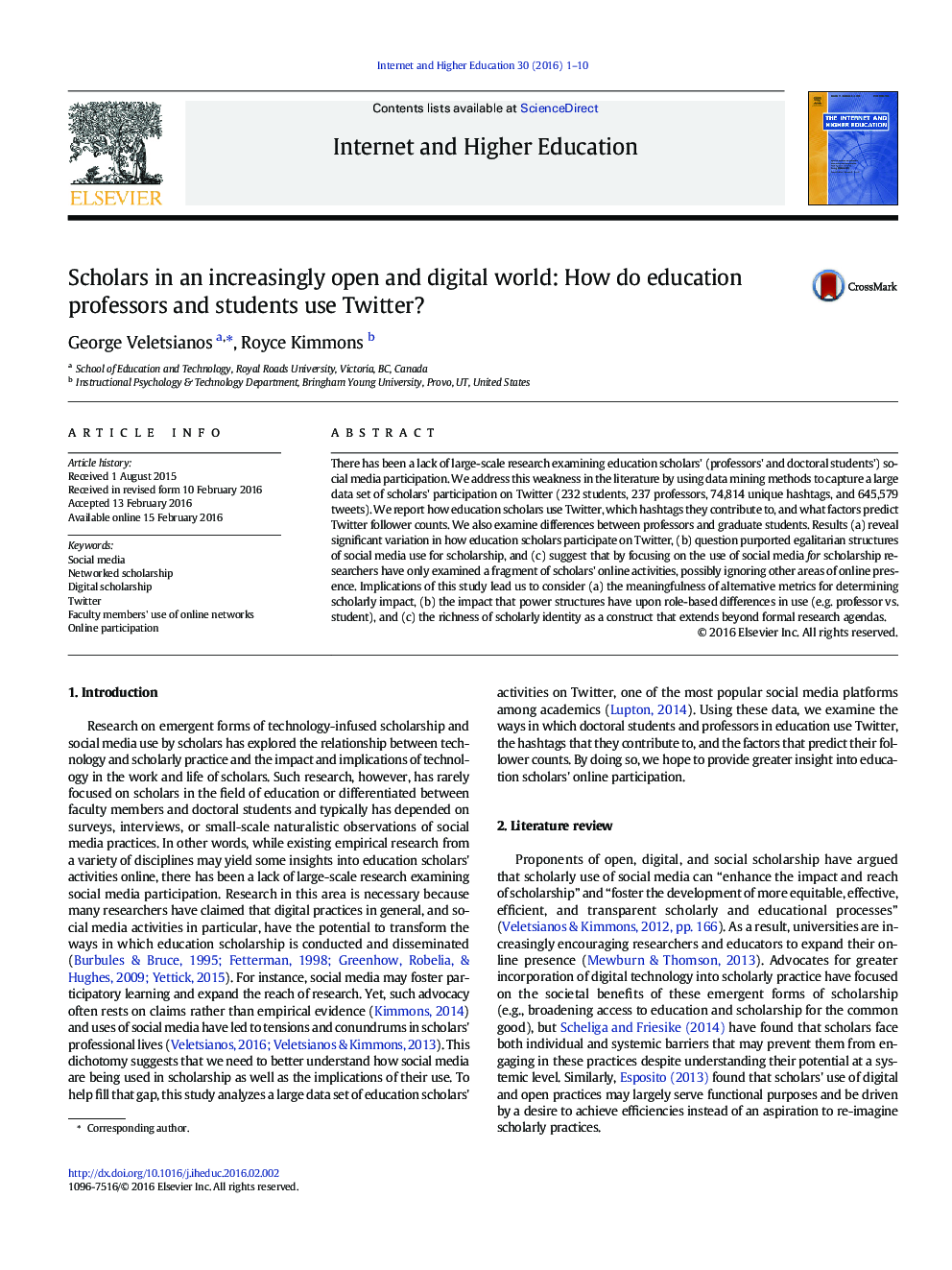 • We show that significant variation exists in how education scholars participate on Twitter.
• Results question the assertion that social media use for scholarship is egalitarian.
• Those who follow more, tweet more, signal themselves as professors and have been on Twitter longer have more followers.
• The social capital traditionally associated with professorial status may not provide much influence on Twitter.
• Scholars’ use of hashtags is diverse and extends well beyond traditional notions of scholarship.

There has been a lack of large-scale research examining education scholars' (professors' and doctoral students') social media participation. We address this weakness in the literature by using data mining methods to capture a large data set of scholars' participation on Twitter (232 students, 237 professors, 74,814 unique hashtags, and 645,579 tweets). We report how education scholars use Twitter, which hashtags they contribute to, and what factors predict Twitter follower counts. We also examine differences between professors and graduate students. Results (a) reveal significant variation in how education scholars participate on Twitter, (b) question purported egalitarian structures of social media use for scholarship, and (c) suggest that by focusing on the use of social media for scholarship researchers have only examined a fragment of scholars' online activities, possibly ignoring other areas of online presence. Implications of this study lead us to consider (a) the meaningfulness of alternative metrics for determining scholarly impact, (b) the impact that power structures have upon role-based differences in use (e.g. professor vs. student), and (c) the richness of scholarly identity as a construct that extends beyond formal research agendas.