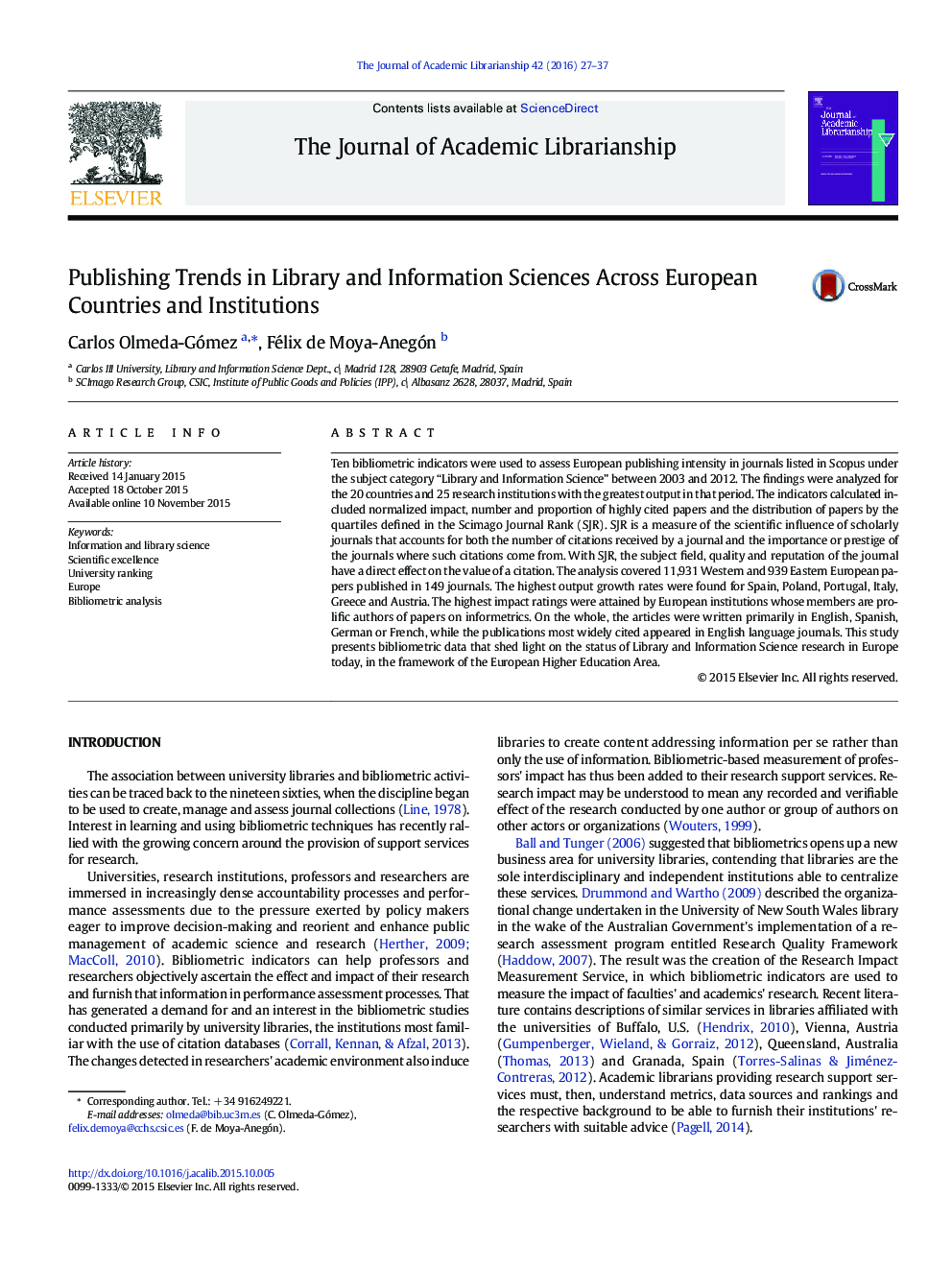 Ten bibliometric indicators were used to assess European publishing intensity in journals listed in Scopus under the subject category “Library and Information Science” between 2003 and 2012. The findings were analyzed for the 20 countries and 25 research institutions with the greatest output in that period. The indicators calculated included normalized impact, number and proportion of highly cited papers and the distribution of papers by the quartiles defined in the Scimago Journal Rank (SJR). SJR is a measure of the scientific influence of scholarly journals that accounts for both the number of citations received by a journal and the importance or prestige of the journals where such citations come from. With SJR, the subject field, quality and reputation of the journal have a direct effect on the value of a citation. The analysis covered 11,931 Western and 939 Eastern European papers published in 149 journals. The highest output growth rates were found for Spain, Poland, Portugal, Italy, Greece and Austria. The highest impact ratings were attained by European institutions whose members are prolific authors of papers on informetrics. On the whole, the articles were written primarily in English, Spanish, German or French, while the publications most widely cited appeared in English language journals. This study presents bibliometric data that shed light on the status of Library and Information Science research in Europe today, in the framework of the European Higher Education Area.