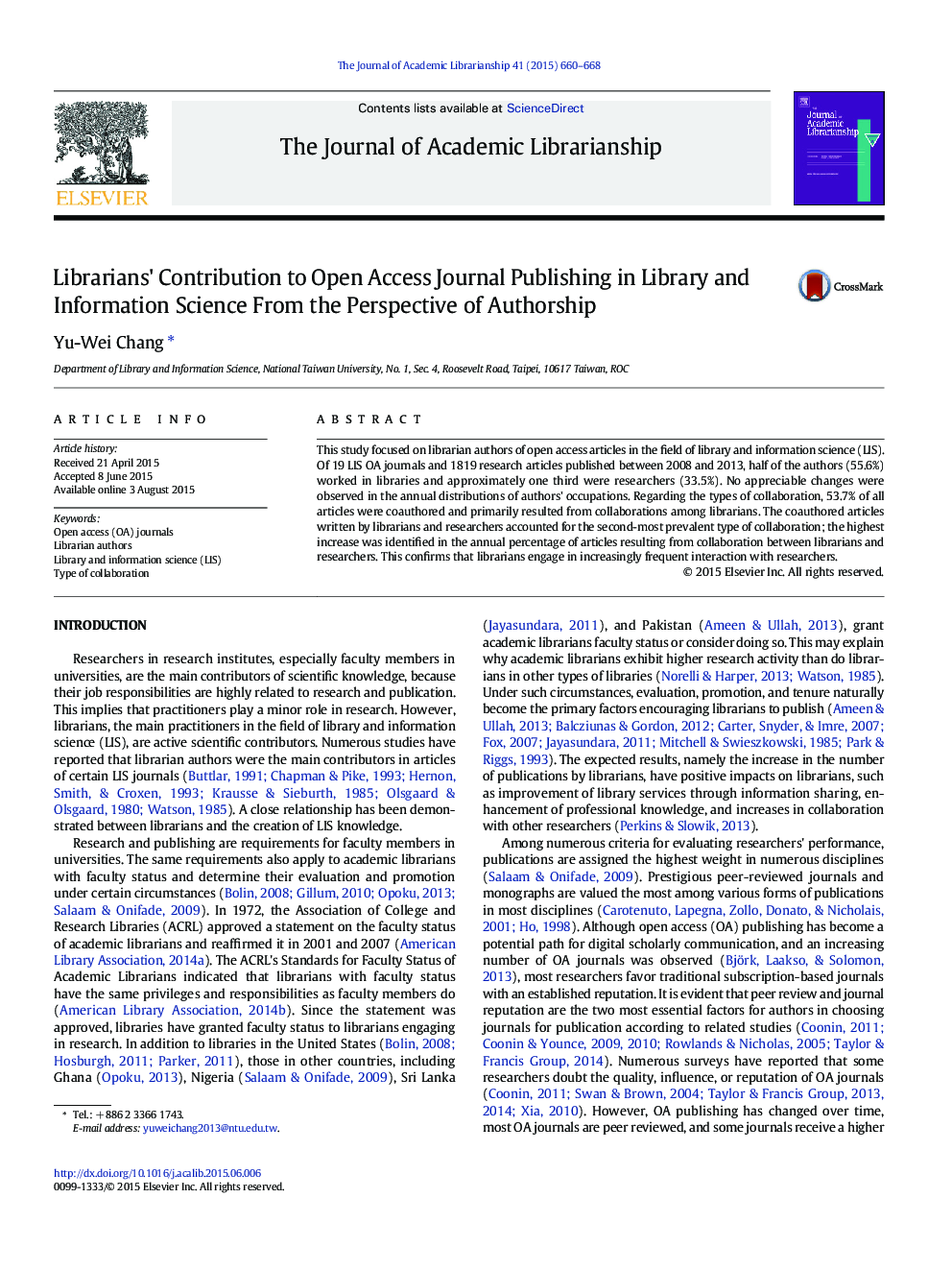 This study focused on librarian authors of open access articles in the field of library and information science (LIS). Of 19 LIS OA journals and 1819 research articles published between 2008 and 2013, half of the authors (55.6%) worked in libraries and approximately one third were researchers (33.5%). No appreciable changes were observed in the annual distributions of authors' occupations. Regarding the types of collaboration, 53.7% of all articles were coauthored and primarily resulted from collaborations among librarians. The coauthored articles written by librarians and researchers accounted for the second-most prevalent type of collaboration; the highest increase was identified in the annual percentage of articles resulting from collaboration between librarians and researchers. This confirms that librarians engage in increasingly frequent interaction with researchers.