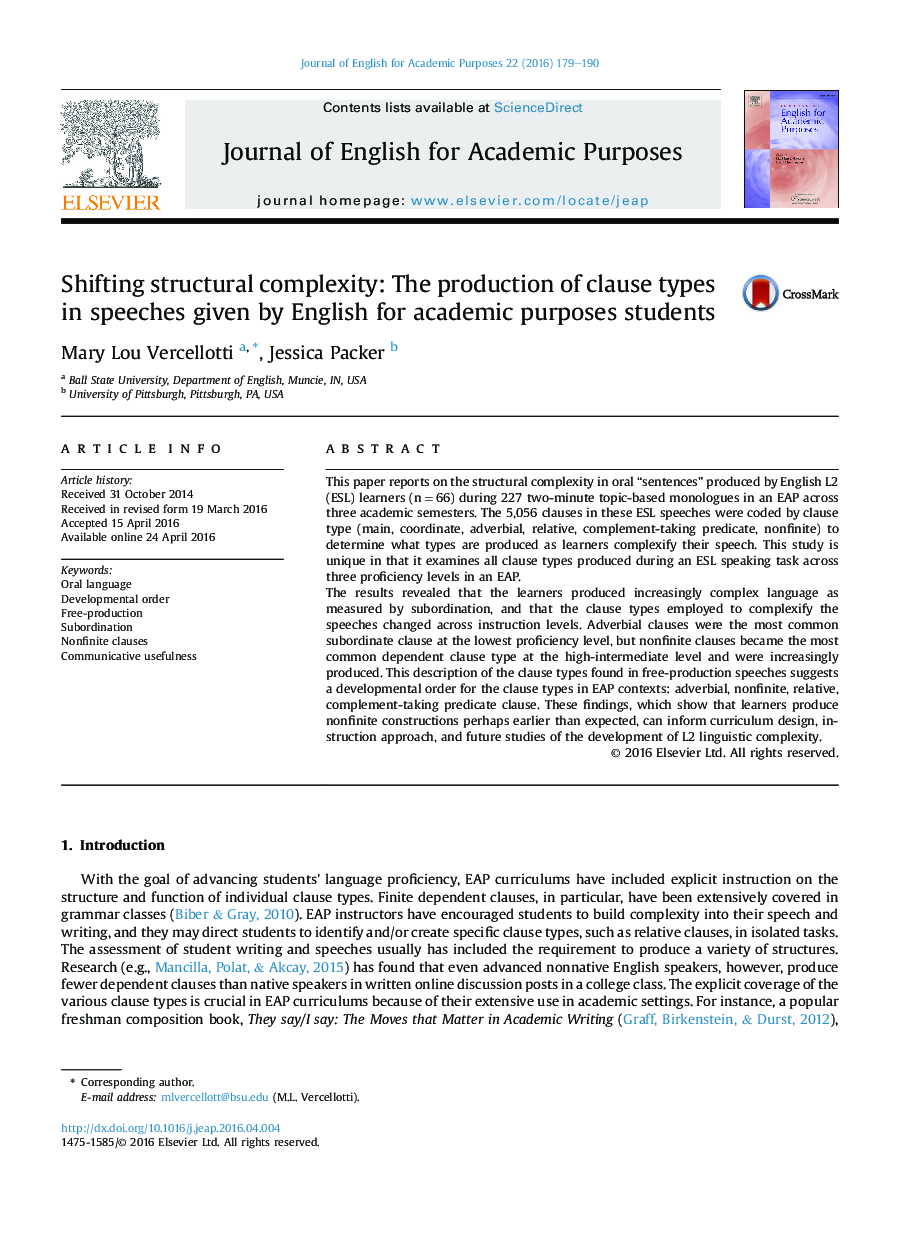 This paper reports on the structural complexity in oral “sentences” produced by English L2 (ESL) learners (n = 66) during 227 two-minute topic-based monologues in an EAP across three academic semesters. The 5,056 clauses in these ESL speeches were coded by clause type (main, coordinate, adverbial, relative, complement-taking predicate, nonfinite) to determine what types are produced as learners complexify their speech. This study is unique in that it examines all clause types produced during an ESL speaking task across three proficiency levels in an EAP.The results revealed that the learners produced increasingly complex language as measured by subordination, and that the clause types employed to complexify the speeches changed across instruction levels. Adverbial clauses were the most common subordinate clause at the lowest proficiency level, but nonfinite clauses became the most common dependent clause type at the high-intermediate level and were increasingly produced. This description of the clause types found in free-production speeches suggests a developmental order for the clause types in EAP contexts: adverbial, nonfinite, relative, complement-taking predicate clause. These findings, which show that learners produce nonfinite constructions perhaps earlier than expected, can inform curriculum design, instruction approach, and future studies of the development of L2 linguistic complexity.

Mean percentage of each clause type per assignment within level.Figure optionsDownload as PowerPoint slide