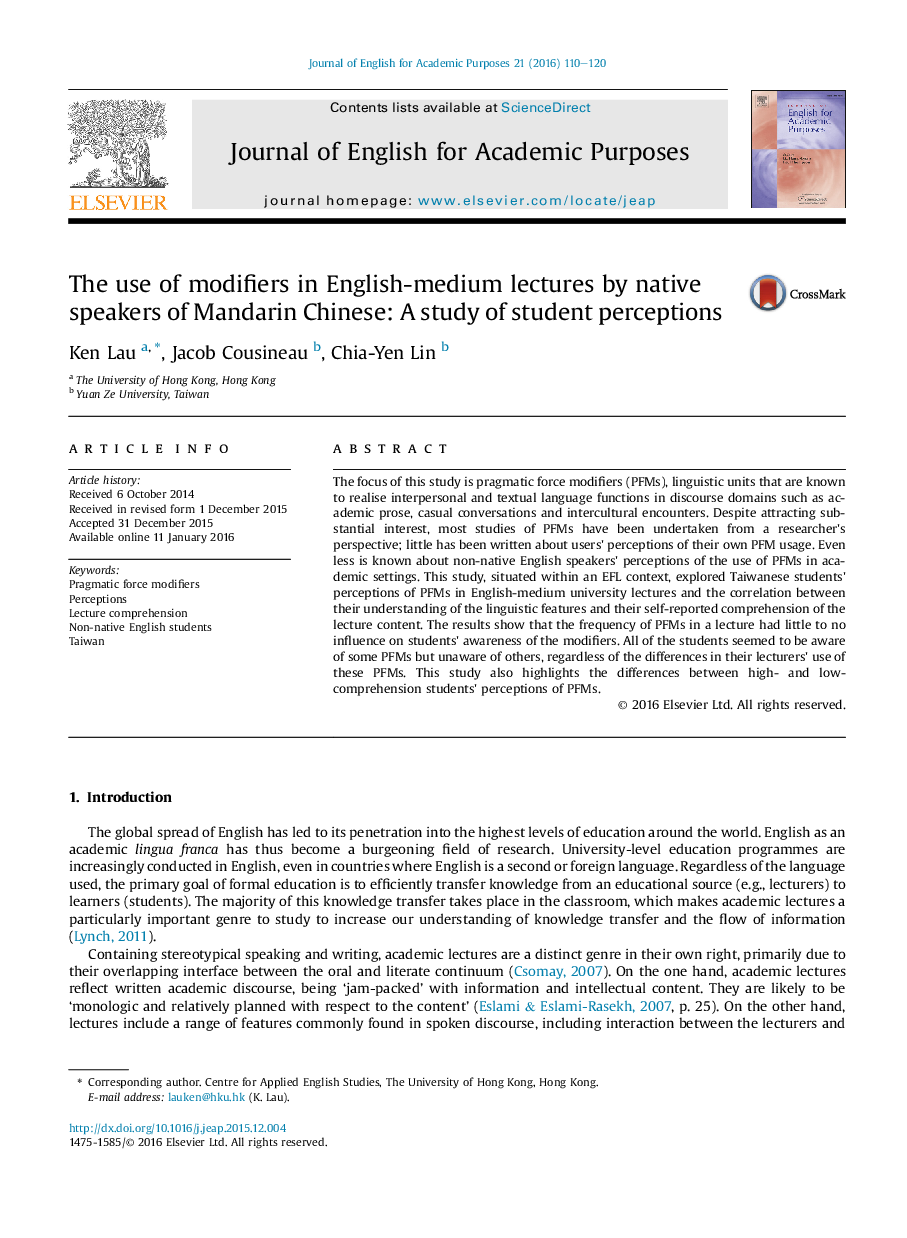 The focus of this study is pragmatic force modifiers (PFMs), linguistic units that are known to realise interpersonal and textual language functions in discourse domains such as academic prose, casual conversations and intercultural encounters. Despite attracting substantial interest, most studies of PFMs have been undertaken from a researcher's perspective; little has been written about users' perceptions of their own PFM usage. Even less is known about non-native English speakers' perceptions of the use of PFMs in academic settings. This study, situated within an EFL context, explored Taiwanese students' perceptions of PFMs in English-medium university lectures and the correlation between their understanding of the linguistic features and their self-reported comprehension of the lecture content. The results show that the frequency of PFMs in a lecture had little to no influence on students' awareness of the modifiers. All of the students seemed to be aware of some PFMs but unaware of others, regardless of the differences in their lecturers' use of these PFMs. This study also highlights the differences between high- and low-comprehension students' perceptions of PFMs.