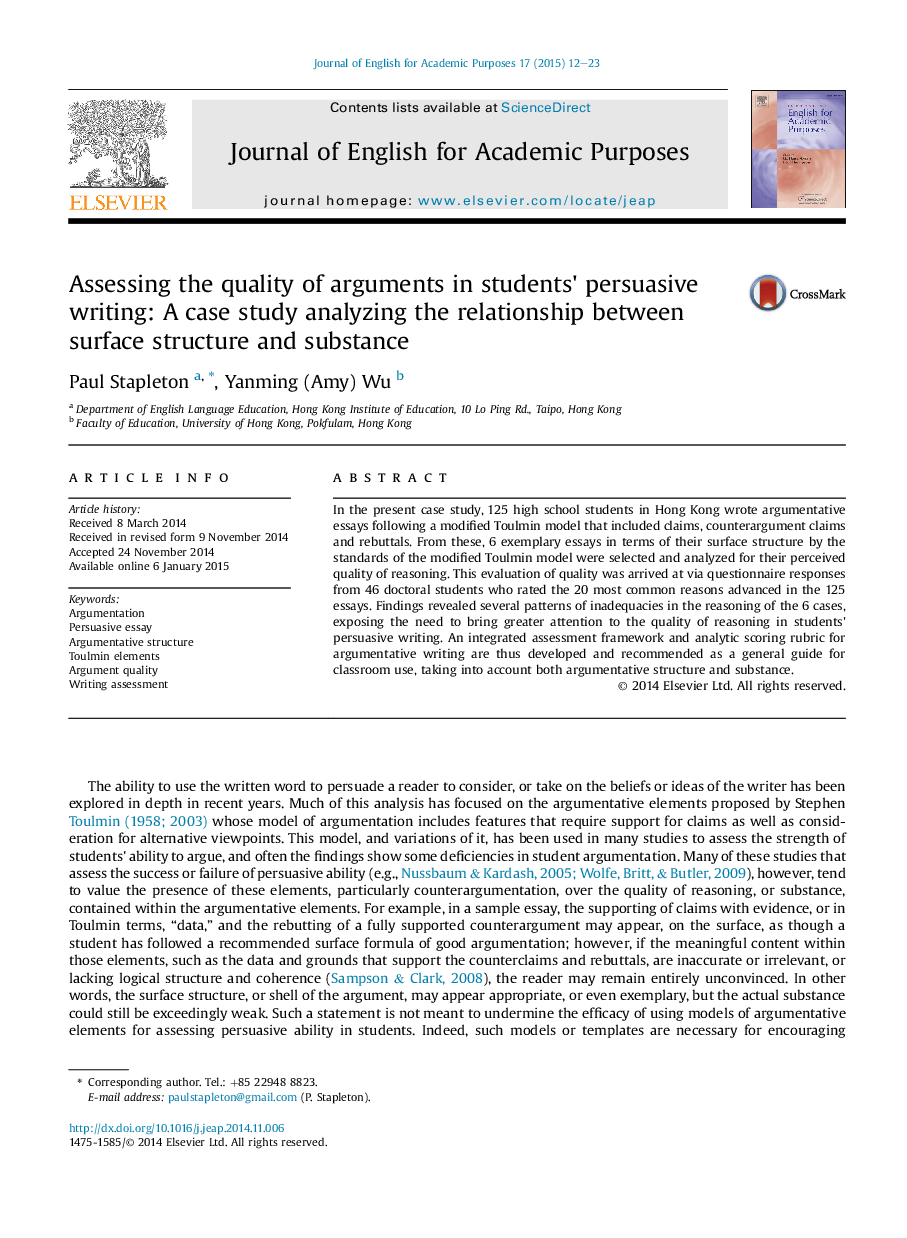 In the present case study, 125 high school students in Hong Kong wrote argumentative essays following a modified Toulmin model that included claims, counterargument claims and rebuttals. From these, 6 exemplary essays in terms of their surface structure by the standards of the modified Toulmin model were selected and analyzed for their perceived quality of reasoning. This evaluation of quality was arrived at via questionnaire responses from 46 doctoral students who rated the 20 most common reasons advanced in the 125 essays. Findings revealed several patterns of inadequacies in the reasoning of the 6 cases, exposing the need to bring greater attention to the quality of reasoning in students' persuasive writing. An integrated assessment framework and analytic scoring rubric for argumentative writing are thus developed and recommended as a general guide for classroom use, taking into account both argumentative structure and substance.