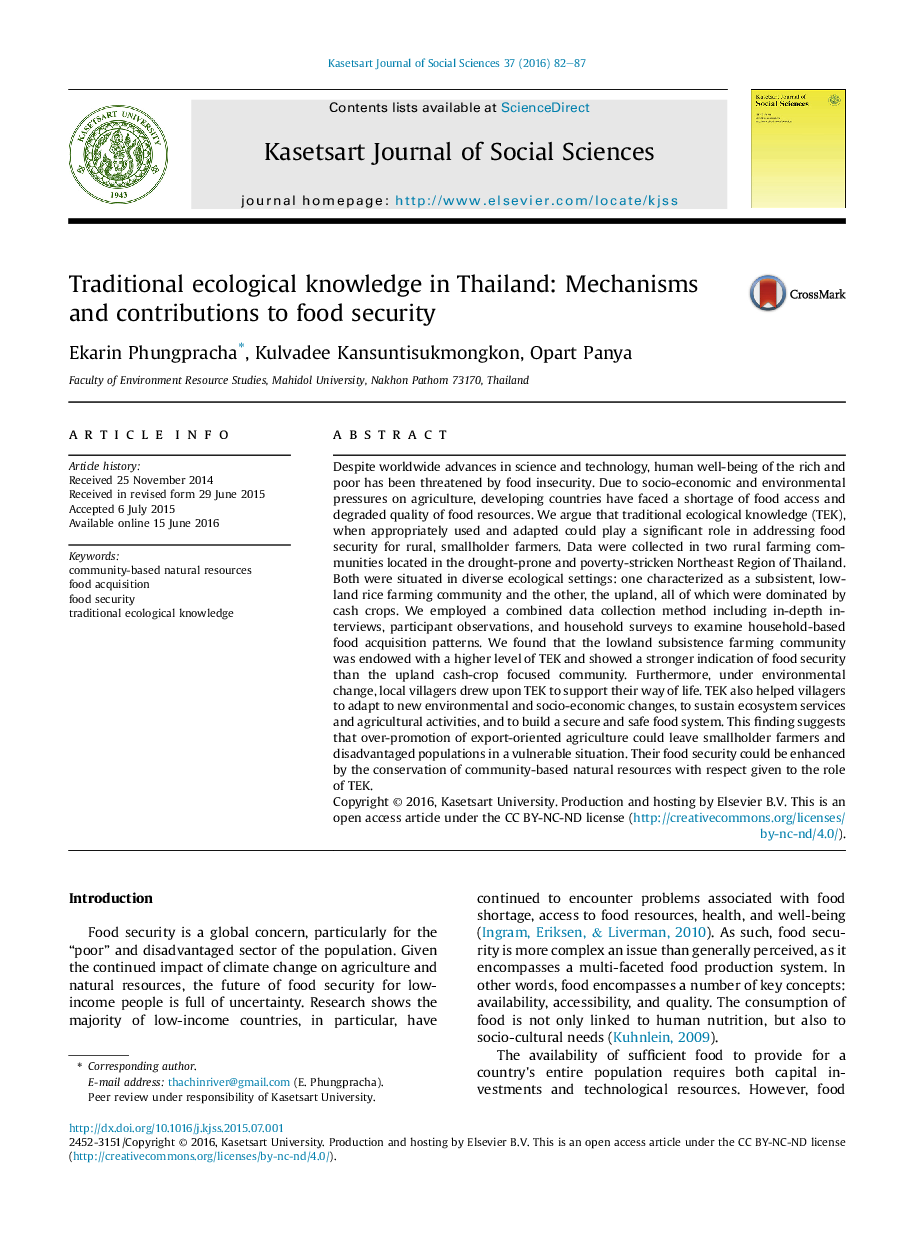 Despite worldwide advances in science and technology, human well-being of the rich and poor has been threatened by food insecurity. Due to socio-economic and environmental pressures on agriculture, developing countries have faced a shortage of food access and degraded quality of food resources. We argue that traditional ecological knowledge (TEK), when appropriately used and adapted could play a significant role in addressing food security for rural, smallholder farmers. Data were collected in two rural farming communities located in the drought-prone and poverty-stricken Northeast Region of Thailand. Both were situated in diverse ecological settings: one characterized as a subsistent, lowland rice farming community and the other, the upland, all of which were dominated by cash crops. We employed a combined data collection method including in-depth interviews, participant observations, and household surveys to examine household-based food acquisition patterns. We found that the lowland subsistence farming community was endowed with a higher level of TEK and showed a stronger indication of food security than the upland cash-crop focused community. Furthermore, under environmental change, local villagers drew upon TEK to support their way of life. TEK also helped villagers to adapt to new environmental and socio-economic changes, to sustain ecosystem services and agricultural activities, and to build a secure and safe food system. This finding suggests that over-promotion of export-oriented agriculture could leave smallholder farmers and disadvantaged populations in a vulnerable situation. Their food security could be enhanced by the conservation of community-based natural resources with respect given to the role of TEK.