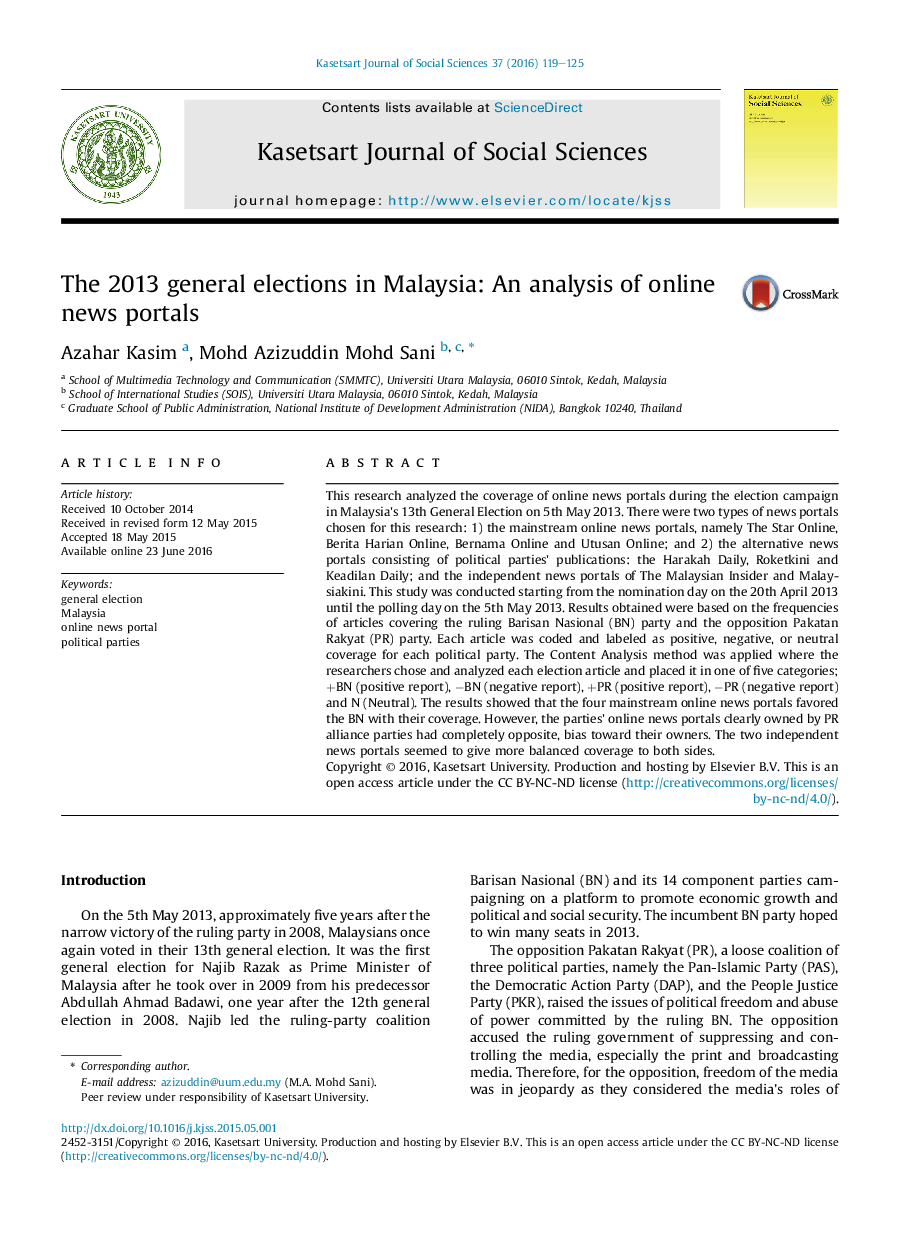 This research analyzed the coverage of online news portals during the election campaign in Malaysia's 13th General Election on 5th May 2013. There were two types of news portals chosen for this research: 1) the mainstream online news portals, namely The Star Online, Berita Harian Online, Bernama Online and Utusan Online; and 2) the alternative news portals consisting of political parties' publications: the Harakah Daily, Roketkini and Keadilan Daily; and the independent news portals of The Malaysian Insider and Malaysiakini. This study was conducted starting from the nomination day on the 20th April 2013 until the polling day on the 5th May 2013. Results obtained were based on the frequencies of articles covering the ruling Barisan Nasional (BN) party and the opposition Pakatan Rakyat (PR) party. Each article was coded and labeled as positive, negative, or neutral coverage for each political party. The Content Analysis method was applied where the researchers chose and analyzed each election article and placed it in one of five categories; +BN (positive report), −BN (negative report), +PR (positive report), −PR (negative report) and N (Neutral). The results showed that the four mainstream online news portals favored the BN with their coverage. However, the parties' online news portals clearly owned by PR alliance parties had completely opposite, bias toward their owners. The two independent news portals seemed to give more balanced coverage to both sides.