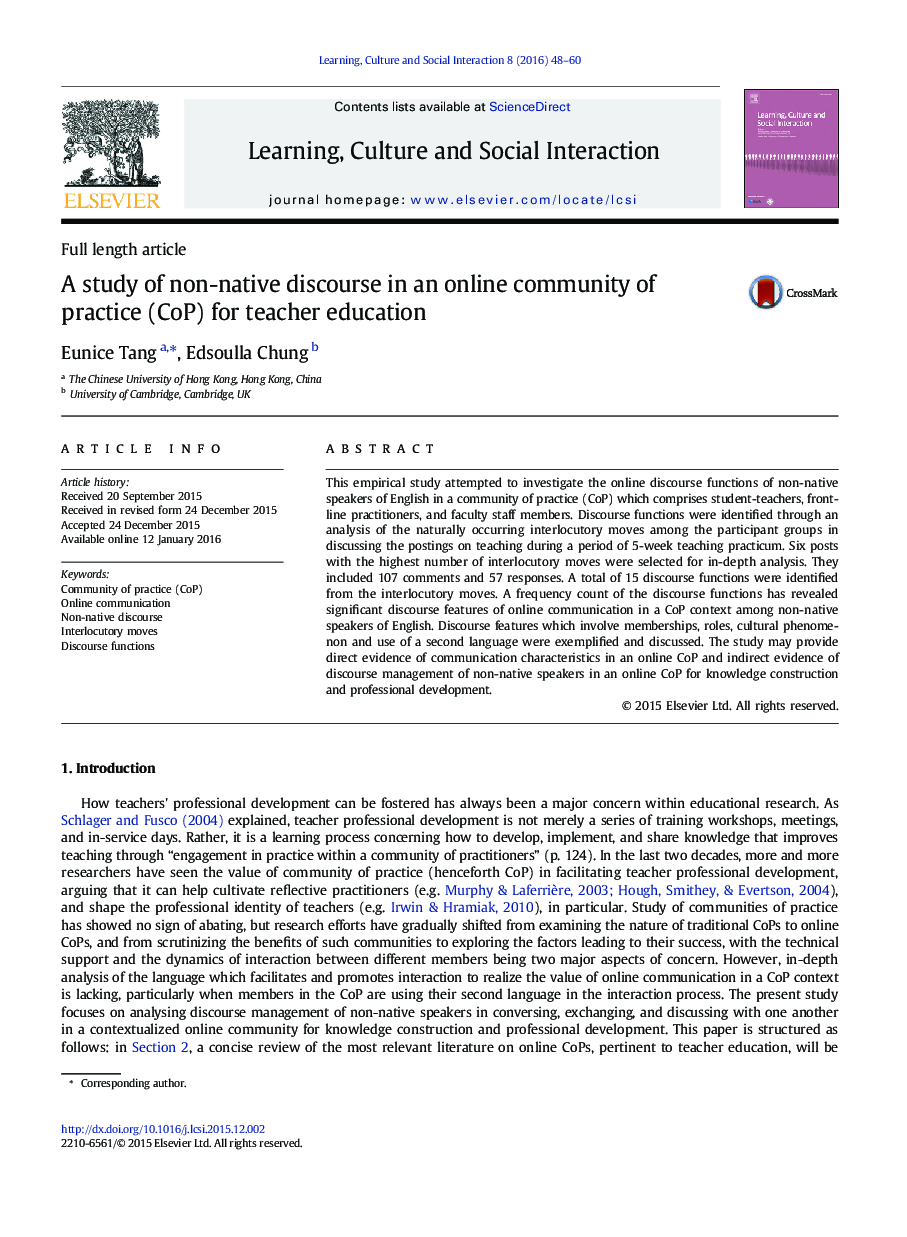 This empirical study attempted to investigate the online discourse functions of non-native speakers of English in a community of practice (CoP) which comprises student-teachers, frontline practitioners, and faculty staff members. Discourse functions were identified through an analysis of the naturally occurring interlocutory moves among the participant groups in discussing the postings on teaching during a period of 5-week teaching practicum. Six posts with the highest number of interlocutory moves were selected for in-depth analysis. They included 107 comments and 57 responses. A total of 15 discourse functions were identified from the interlocutory moves. A frequency count of the discourse functions has revealed significant discourse features of online communication in a CoP context among non-native speakers of English. Discourse features which involve memberships, roles, cultural phenomenon and use of a second language were exemplified and discussed. The study may provide direct evidence of communication characteristics in an online CoP and indirect evidence of discourse management of non-native speakers in an online CoP for knowledge construction and professional development.