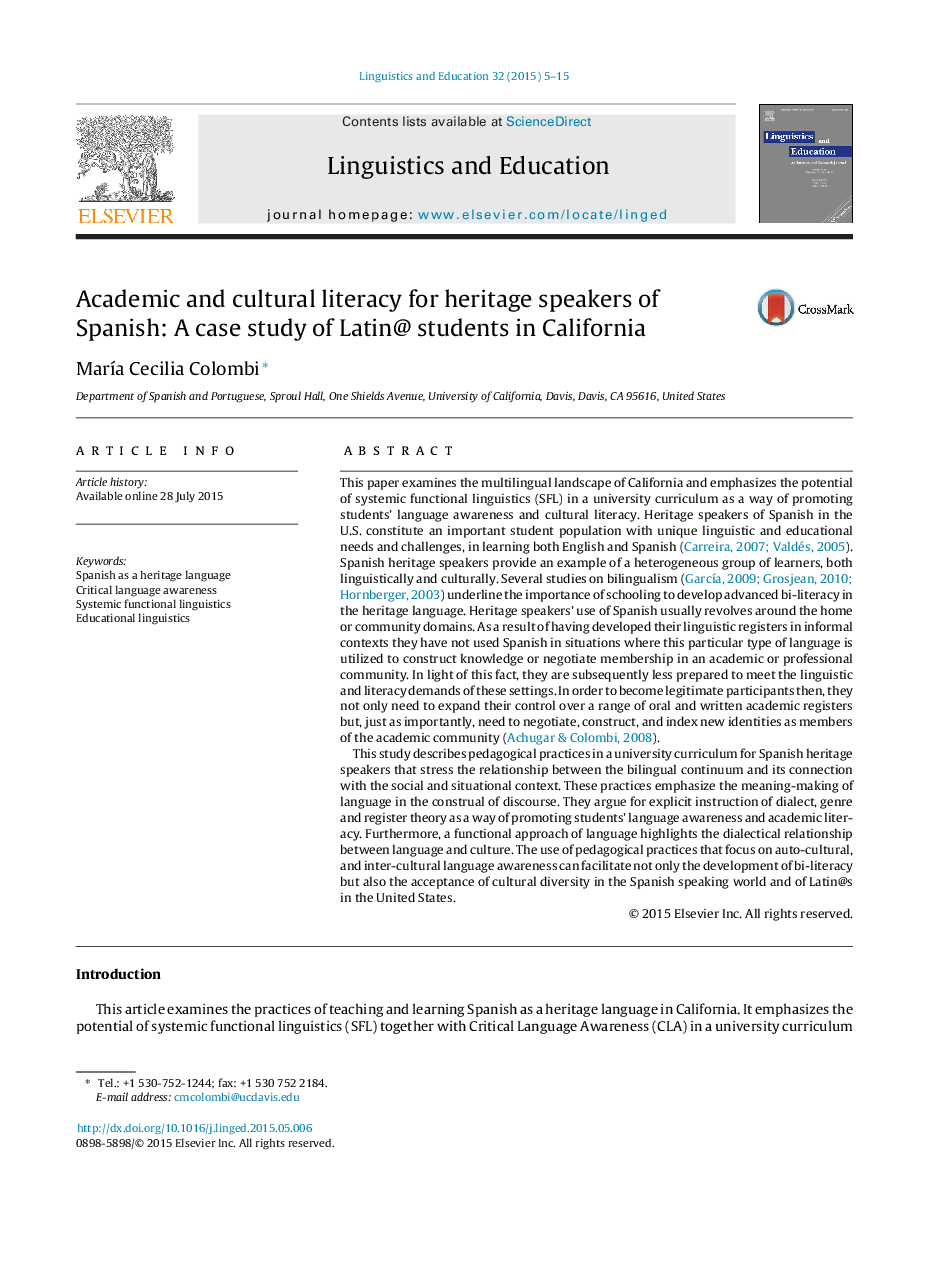 This paper examines the multilingual landscape of California and emphasizes the potential of systemic functional linguistics (SFL) in a university curriculum as a way of promoting students’ language awareness and cultural literacy. Heritage speakers of Spanish in the U.S. constitute an important student population with unique linguistic and educational needs and challenges, in learning both English and Spanish (Carreira, 2007 and Valdés, 2005). Spanish heritage speakers provide an example of a heterogeneous group of learners, both linguistically and culturally. Several studies on bilingualism (García, 2009, Grosjean, 2010 and Hornberger, 2003) underline the importance of schooling to develop advanced bi-literacy in the heritage language. Heritage speakers’ use of Spanish usually revolves around the home or community domains. As a result of having developed their linguistic registers in informal contexts they have not used Spanish in situations where this particular type of language is utilized to construct knowledge or negotiate membership in an academic or professional community. In light of this fact, they are subsequently less prepared to meet the linguistic and literacy demands of these settings. In order to become legitimate participants then, they not only need to expand their control over a range of oral and written academic registers but, just as importantly, need to negotiate, construct, and index new identities as members of the academic community (Achugar & Colombi, 2008).This study describes pedagogical practices in a university curriculum for Spanish heritage speakers that stress the relationship between the bilingual continuum and its connection with the social and situational context. These practices emphasize the meaning-making of language in the construal of discourse. They argue for explicit instruction of dialect, genre and register theory as a way of promoting students’ language awareness and academic literacy. Furthermore, a functional approach of language highlights the dialectical relationship between language and culture. The use of pedagogical practices that focus on auto-cultural, and inter-cultural language awareness can facilitate not only the development of bi-literacy but also the acceptance of cultural diversity in the Spanish speaking world and of Latin@s in the United States.