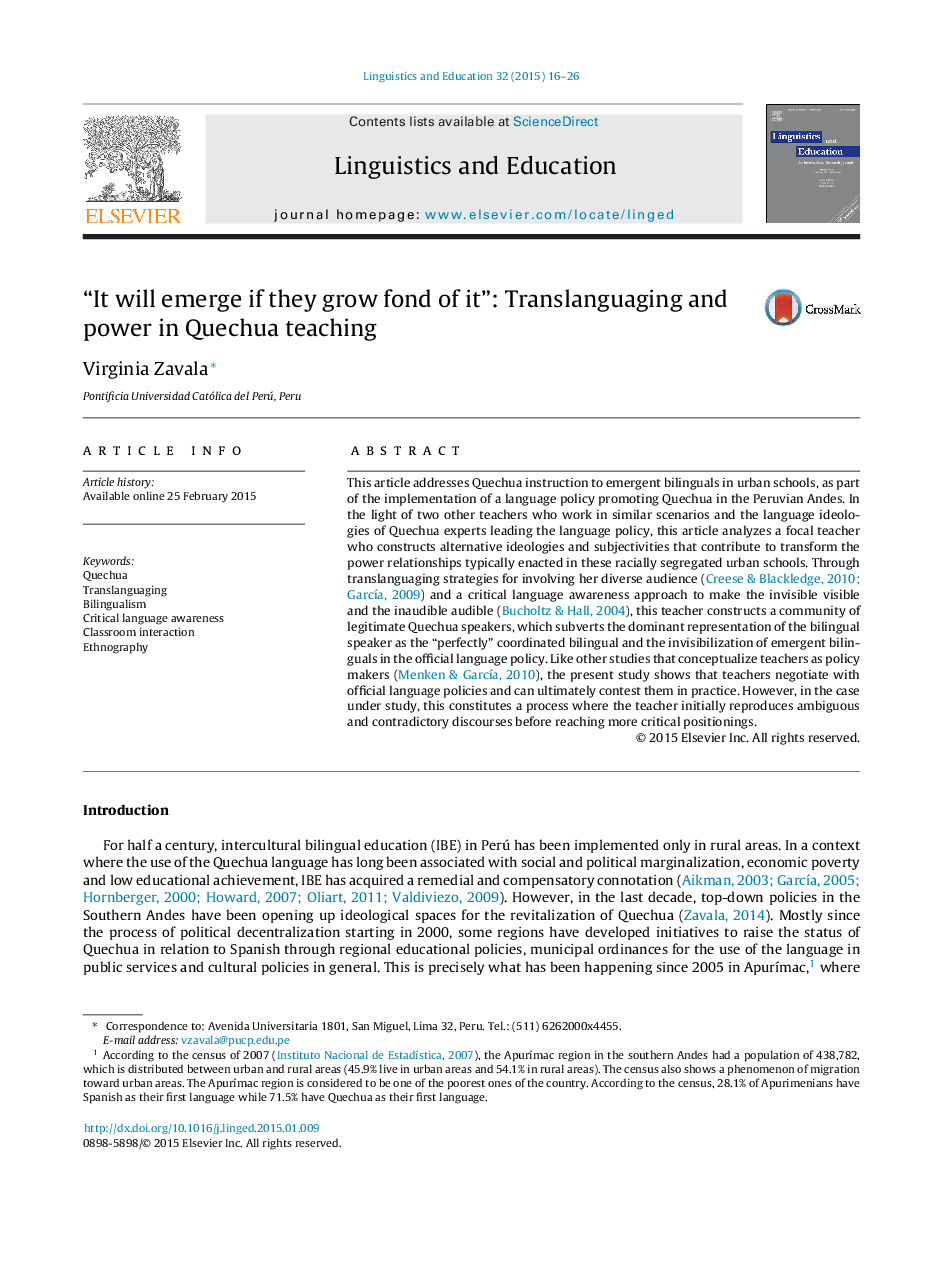 • Context of a language policy promoting Quechua in the Peruvian Andes.
• This article analyzes a focal teacher in an urban school.
• They usetranslanguaging strategiesand a critical language awareness approach with emergent bilinguals.
• This is in order to construct a community of legitimate Quechua speakers.

This article addresses Quechua instruction to emergent bilinguals in urban schools, as part of the implementation of a language policy promoting Quechua in the Peruvian Andes. In the light of two other teachers who work in similar scenarios and the language ideologies of Quechua experts leading the language policy, this article analyzes a focal teacher who constructs alternative ideologies and subjectivities that contribute to transform the power relationships typically enacted in these racially segregated urban schools. Through translanguaging strategies for involving her diverse audience (Creese and Blackledge, 2010 and García, 2009) and a critical language awareness approach to make the invisible visible and the inaudible audible (Bucholtz & Hall, 2004), this teacher constructs a community of legitimate Quechua speakers, which subverts the dominant representation of the bilingual speaker as the “perfectly” coordinated bilingual and the invisibilization of emergent bilinguals in the official language policy. Like other studies that conceptualize teachers as policy makers (Menken & García, 2010), the present study shows that teachers negotiate with official language policies and can ultimately contest them in practice. However, in the case under study, this constitutes a process where the teacher initially reproduces ambiguous and contradictory discourses before reaching more critical positionings.