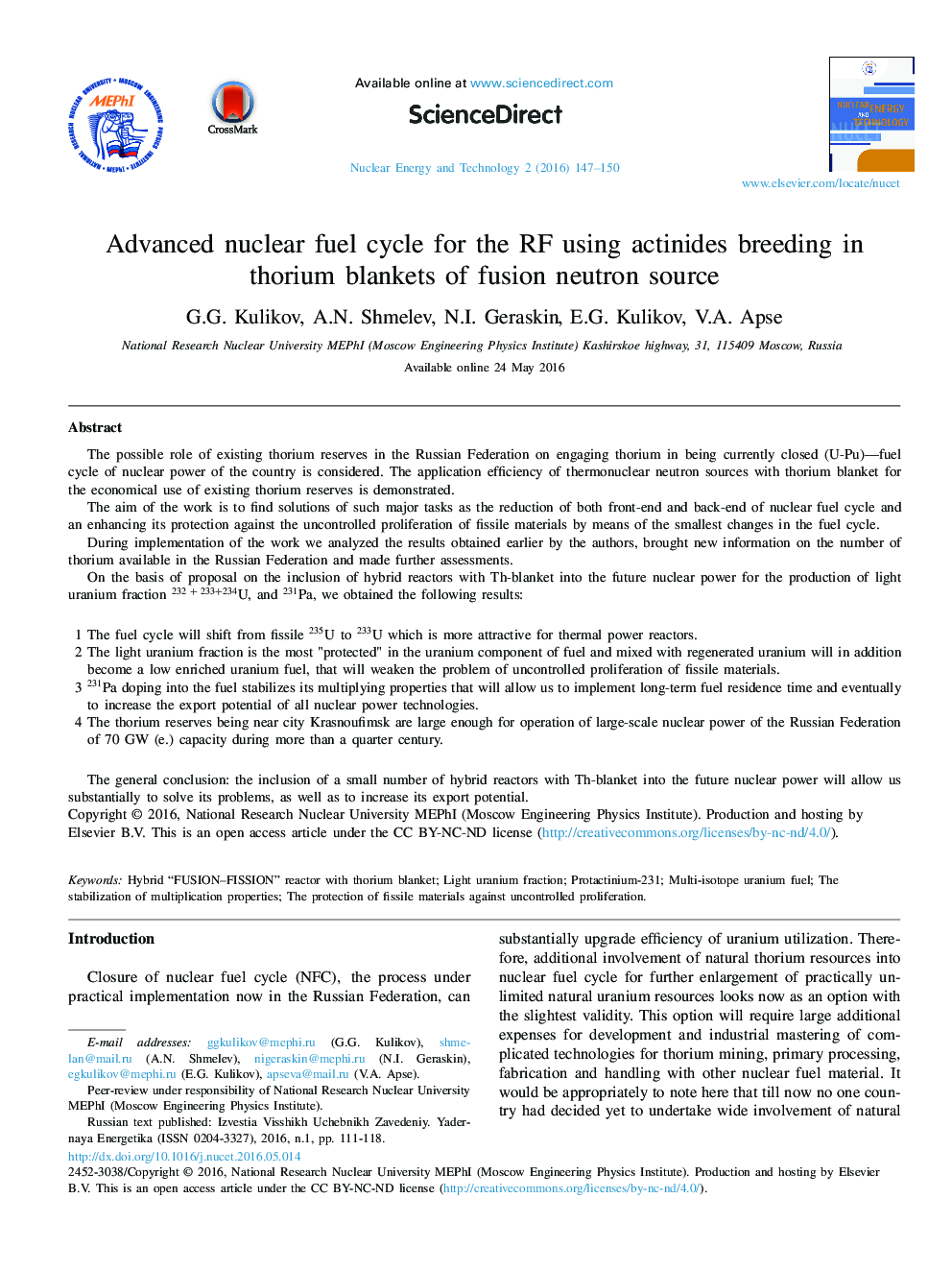 The possible role of existing thorium reserves in the Russian Federation on engaging thorium in being currently closed (U-Pu)—fuel cycle of nuclear power of the country is considered. The application efficiency of thermonuclear neutron sources with thorium blanket for the economical use of existing thorium reserves is demonstrated.The aim of the work is to find solutions of such major tasks as the reduction of both front-end and back-end of nuclear fuel cycle and an enhancing its protection against the uncontrolled proliferation of fissile materials by means of the smallest changes in the fuel cycle.During implementation of the work we analyzed the results obtained earlier by the authors, brought new information on the number of thorium available in the Russian Federation and made further assessments.On the basis of proposal on the inclusion of hybrid reactors with Th-blanket into the future nuclear power for the production of light uranium fraction 232 + 233+234U, and 231Pa, we obtained the following results:1The fuel cycle will shift from fissile 235U to 233U which is more attractive for thermal power reactors.2The light uranium fraction is the most "protected" in the uranium component of fuel and mixed with regenerated uranium will in addition become a low enriched uranium fuel, that will weaken the problem of uncontrolled proliferation of fissile materials.3231Pa doping into the fuel stabilizes its multiplying properties that will allow us to implement long-term fuel residence time and eventually to increase the export potential of all nuclear power technologies.4The thorium reserves being near city Krasnoufimsk are large enough for operation of large-scale nuclear power of the Russian Federation of 70 GW (e.) capacity during more than a quarter century.The general conclusion: the inclusion of a small number of hybrid reactors with Th-blanket into the future nuclear power will allow us substantially to solve its problems, as well as to increase its export potential.