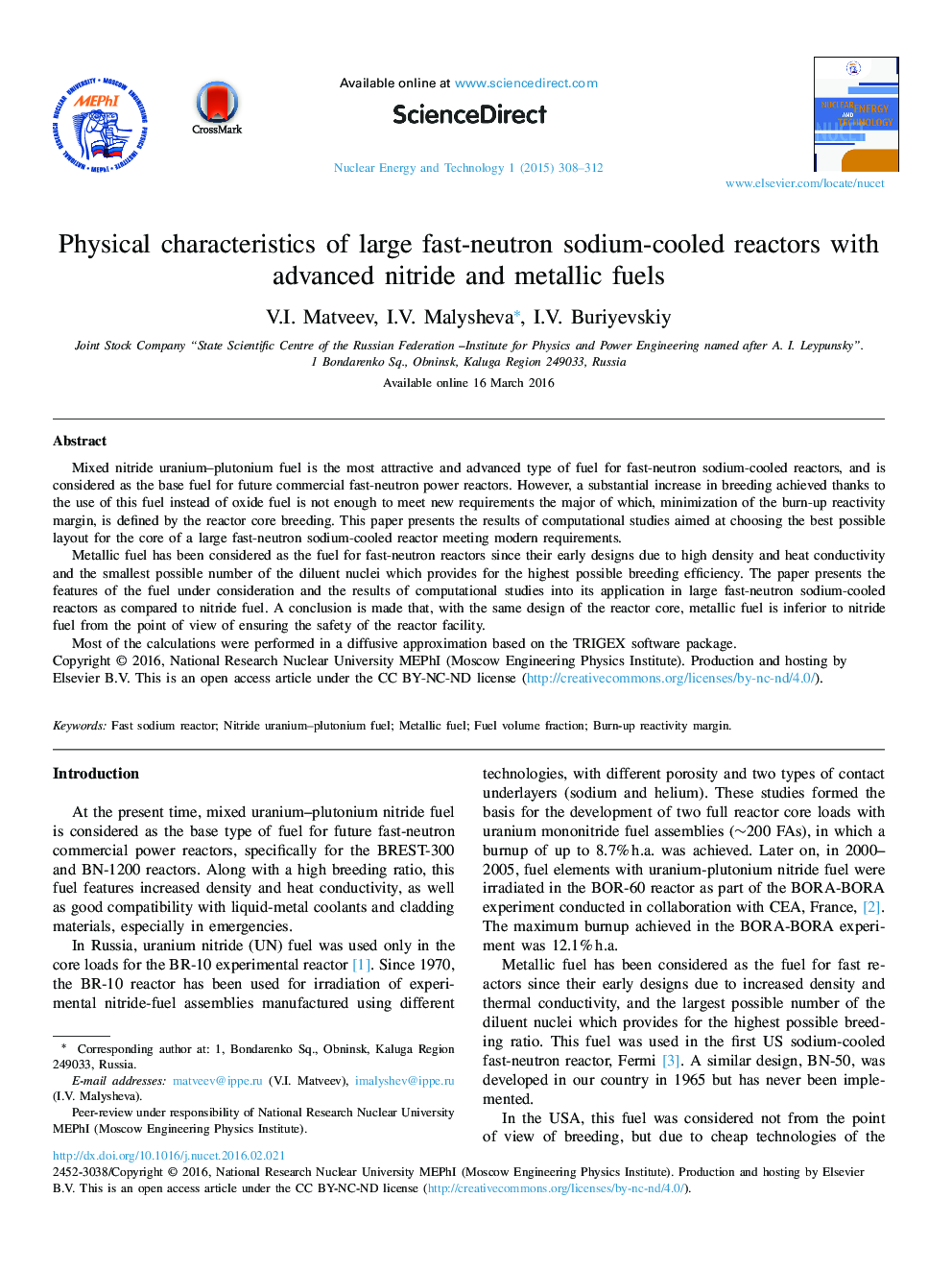 Mixed nitride uranium–plutonium fuel is the most attractive and advanced type of fuel for fast-neutron sodium-cooled reactors, and is considered as the base fuel for future commercial fast-neutron power reactors. However, a substantial increase in breeding achieved thanks to the use of this fuel instead of oxide fuel is not enough to meet new requirements the major of which, minimization of the burn-up reactivity margin, is defined by the reactor core breeding. This paper presents the results of computational studies aimed at choosing the best possible layout for the core of a large fast-neutron sodium-cooled reactor meeting modern requirements.Metallic fuel has been considered as the fuel for fast-neutron reactors since their early designs due to high density and heat conductivity and the smallest possible number of the diluent nuclei which provides for the highest possible breeding efficiency. The paper presents the features of the fuel under consideration and the results of computational studies into its application in large fast-neutron sodium-cooled reactors as compared to nitride fuel. A conclusion is made that, with the same design of the reactor core, metallic fuel is inferior to nitride fuel from the point of view of ensuring the safety of the reactor facility.Most of the calculations were performed in a diffusive approximation based on the TRIGEX software package.