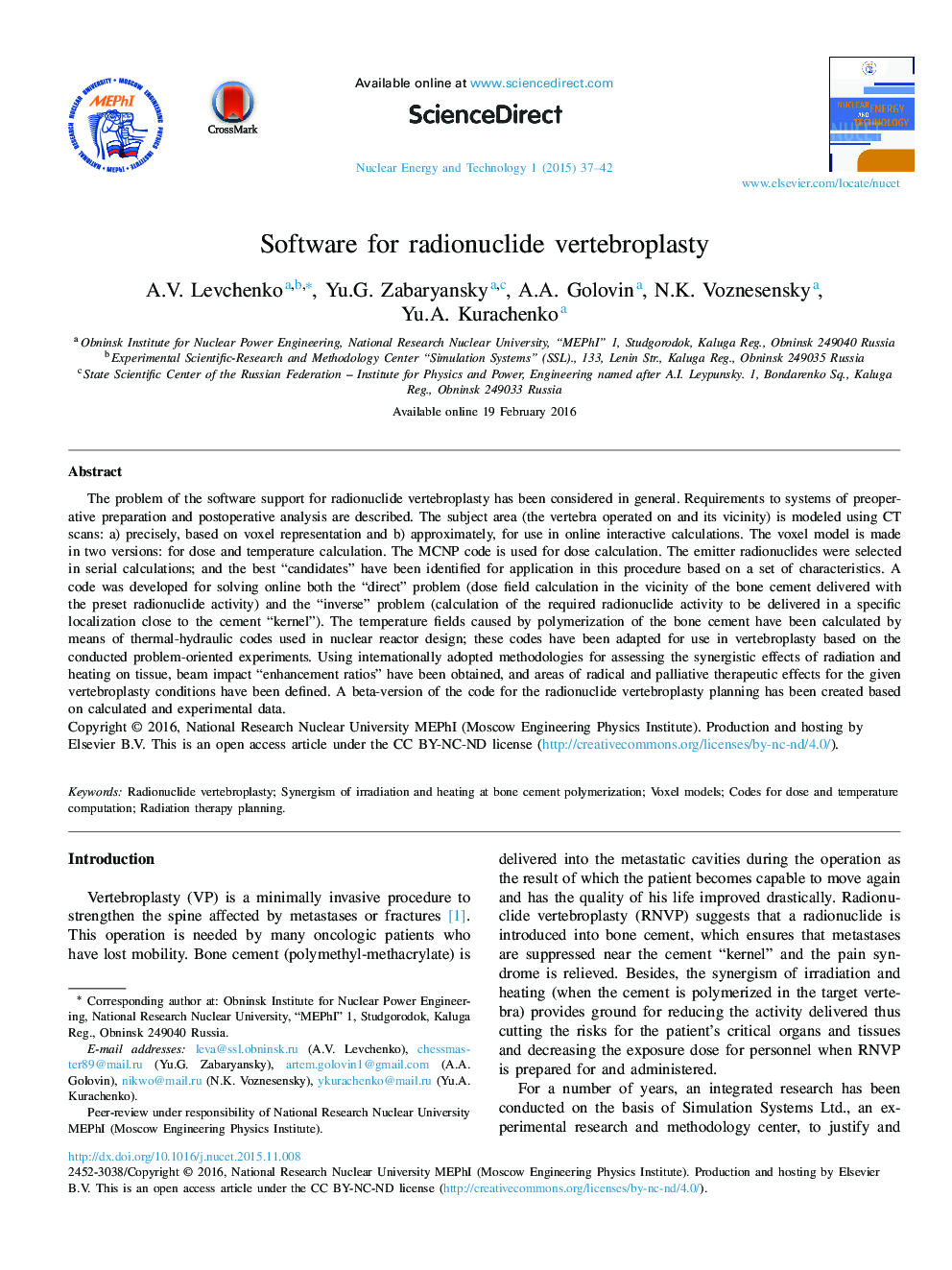 The problem of the software support for radionuclide vertebroplasty has been considered in general. Requirements to systems of preoperative preparation and postoperative analysis are described. The subject area (the vertebra operated on and its vicinity) is modeled using CT scans: a) precisely, based on voxel representation and b) approximately, for use in online interactive calculations. The voxel model is made in two versions: for dose and temperature calculation. The MCNP code is used for dose calculation. The emitter radionuclides were selected in serial calculations; and the best “candidates” have been identified for application in this procedure based on a set of characteristics. A code was developed for solving online both the “direct” problem (dose field calculation in the vicinity of the bone cement delivered with the preset radionuclide activity) and the “inverse” problem (calculation of the required radionuclide activity to be delivered in a specific localization close to the cement “kernel”). The temperature fields caused by polymerization of the bone cement have been calculated by means of thermal-hydraulic codes used in nuclear reactor design; these codes have been adapted for use in vertebroplasty based on the conducted problem-oriented experiments. Using internationally adopted methodologies for assessing the synergistic effects of radiation and heating on tissue, beam impact “enhancement ratios” have been obtained, and areas of radical and palliative therapeutic effects for the given vertebroplasty conditions have been defined. A beta-version of the code for the radionuclide vertebroplasty planning has been created based on calculated and experimental data.