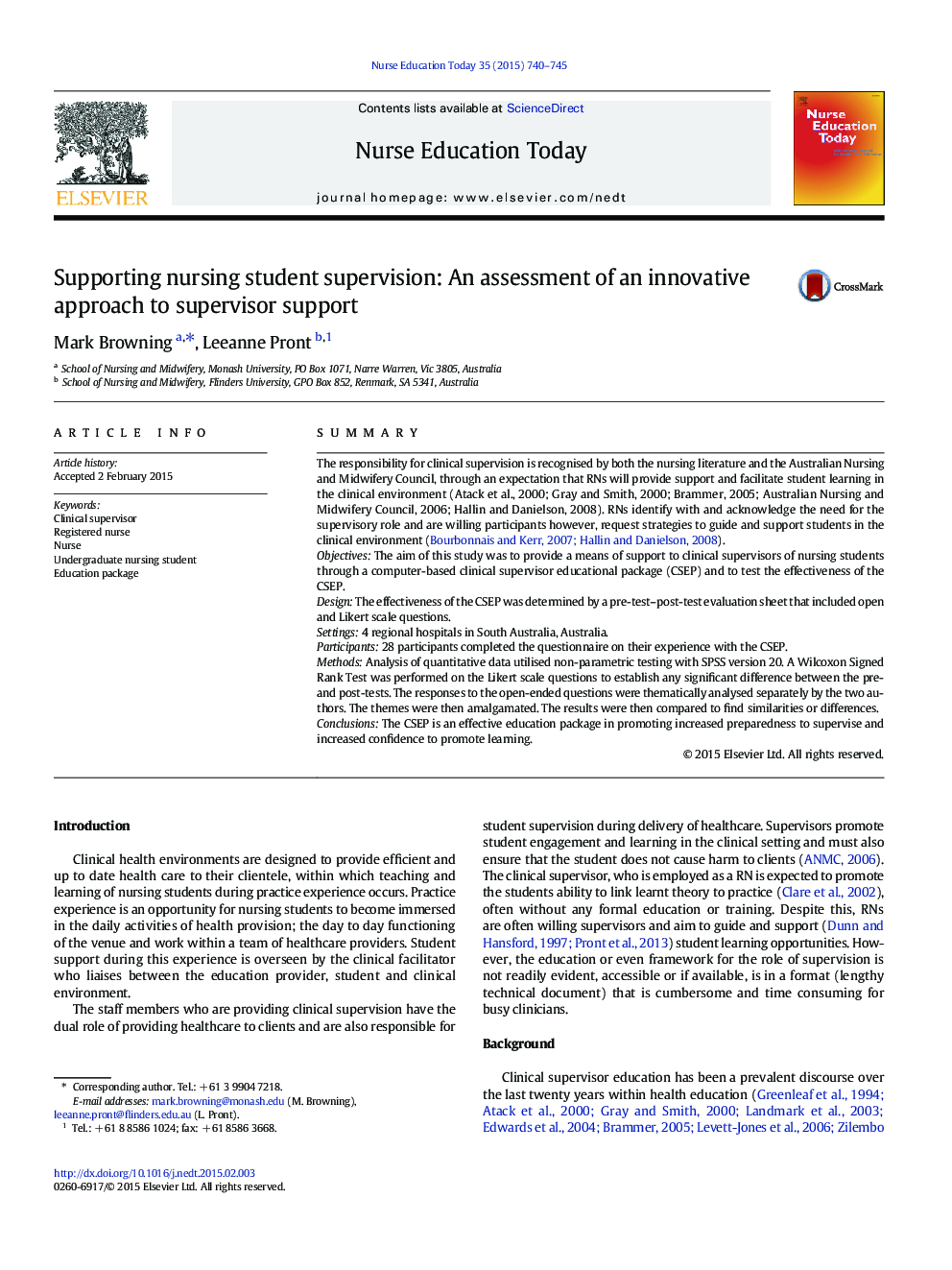 SummaryThe responsibility for clinical supervision is recognised by both the nursing literature and the Australian Nursing and Midwifery Council, through an expectation that RNs will provide support and facilitate student learning in the clinical environment (Atack et al., 2000; Gray and Smith, 2000; Brammer, 2005; Australian Nursing and Midwifery Council, 2006; Hallin and Danielson, 2008). RNs identify with and acknowledge the need for the supervisory role and are willing participants however, request strategies to guide and support students in the clinical environment (Bourbonnais and Kerr, 2007 and Hallin and Danielson, 2008).ObjectivesThe aim of this study was to provide a means of support to clinical supervisors of nursing students through a computer-based clinical supervisor educational package (CSEP) and to test the effectiveness of the CSEP.DesignThe effectiveness of the CSEP was determined by a pre-test–post-test evaluation sheet that included open and Likert scale questions.Settings4 regional hospitals in South Australia, Australia.Participants28 participants completed the questionnaire on their experience with the CSEP.MethodsAnalysis of quantitative data utilised non-parametric testing with SPSS version 20. A Wilcoxon Signed Rank Test was performed on the Likert scale questions to establish any significant difference between the pre- and post-tests. The responses to the open-ended questions were thematically analysed separately by the two authors. The themes were then amalgamated. The results were then compared to find similarities or differences.ConclusionsThe CSEP is an effective education package in promoting increased preparedness to supervise and increased confidence to promote learning.