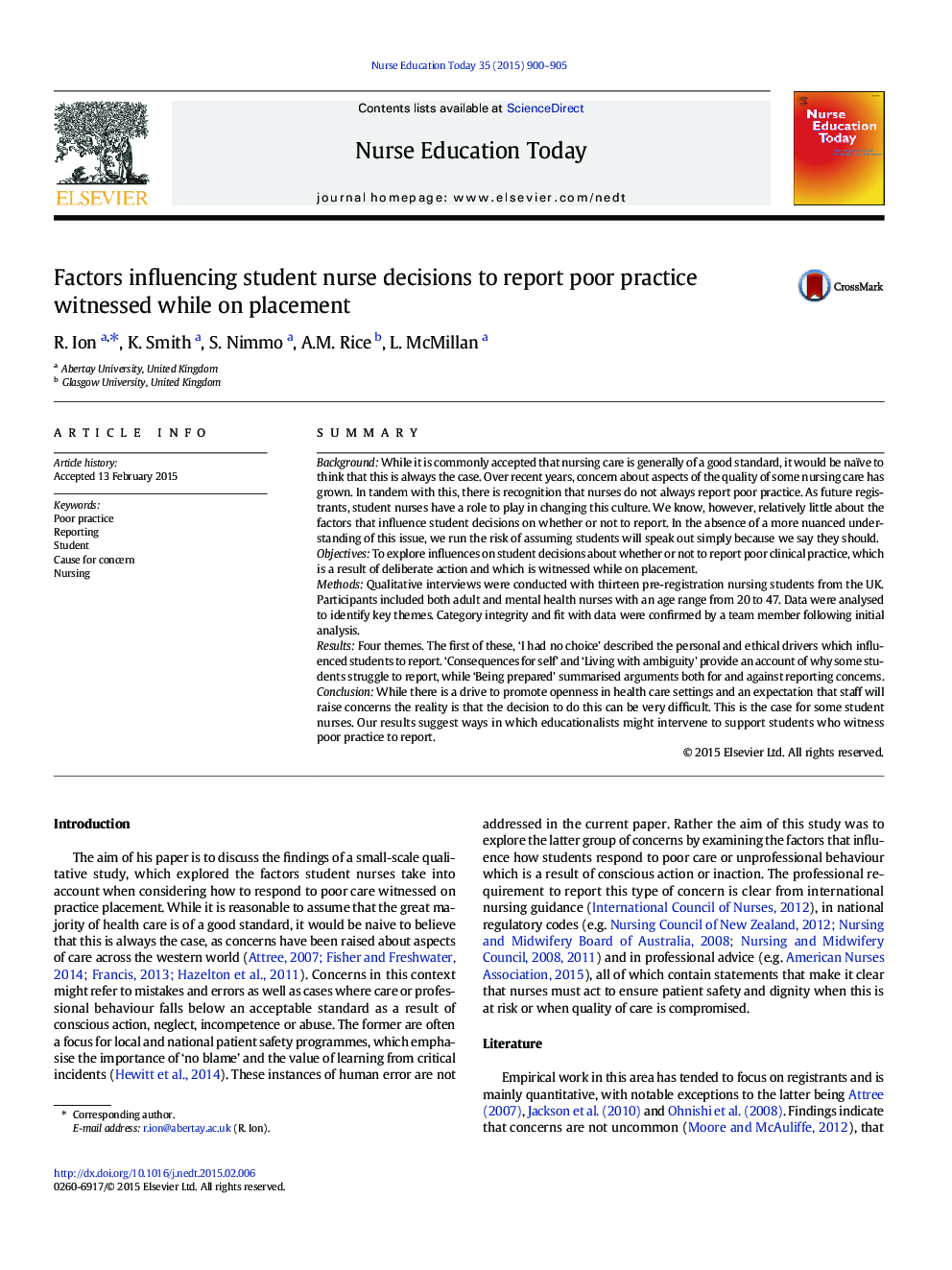 SummaryBackgroundWhile it is commonly accepted that nursing care is generally of a good standard, it would be naïve to think that this is always the case. Over recent years, concern about aspects of the quality of some nursing care has grown. In tandem with this, there is recognition that nurses do not always report poor practice. As future registrants, student nurses have a role to play in changing this culture. We know, however, relatively little about the factors that influence student decisions on whether or not to report. In the absence of a more nuanced understanding of this issue, we run the risk of assuming students will speak out simply because we say they should.ObjectivesTo explore influences on student decisions about whether or not to report poor clinical practice, which is a result of deliberate action and which is witnessed while on placement.MethodsQualitative interviews were conducted with thirteen pre-registration nursing students from the UK. Participants included both adult and mental health nurses with an age range from 20 to 47. Data were analysed to identify key themes. Category integrity and fit with data were confirmed by a team member following initial analysis.ResultsFour themes. The first of these, ‘I had no choice’ described the personal and ethical drivers which influenced students to report. ‘Consequences for self’ and ‘Living with ambiguity’ provide an account of why some students struggle to report, while ‘Being prepared’ summarised arguments both for and against reporting concerns.ConclusionWhile there is a drive to promote openness in health care settings and an expectation that staff will raise concerns the reality is that the decision to do this can be very difficult. This is the case for some student nurses. Our results suggest ways in which educationalists might intervene to support students who witness poor practice to report.