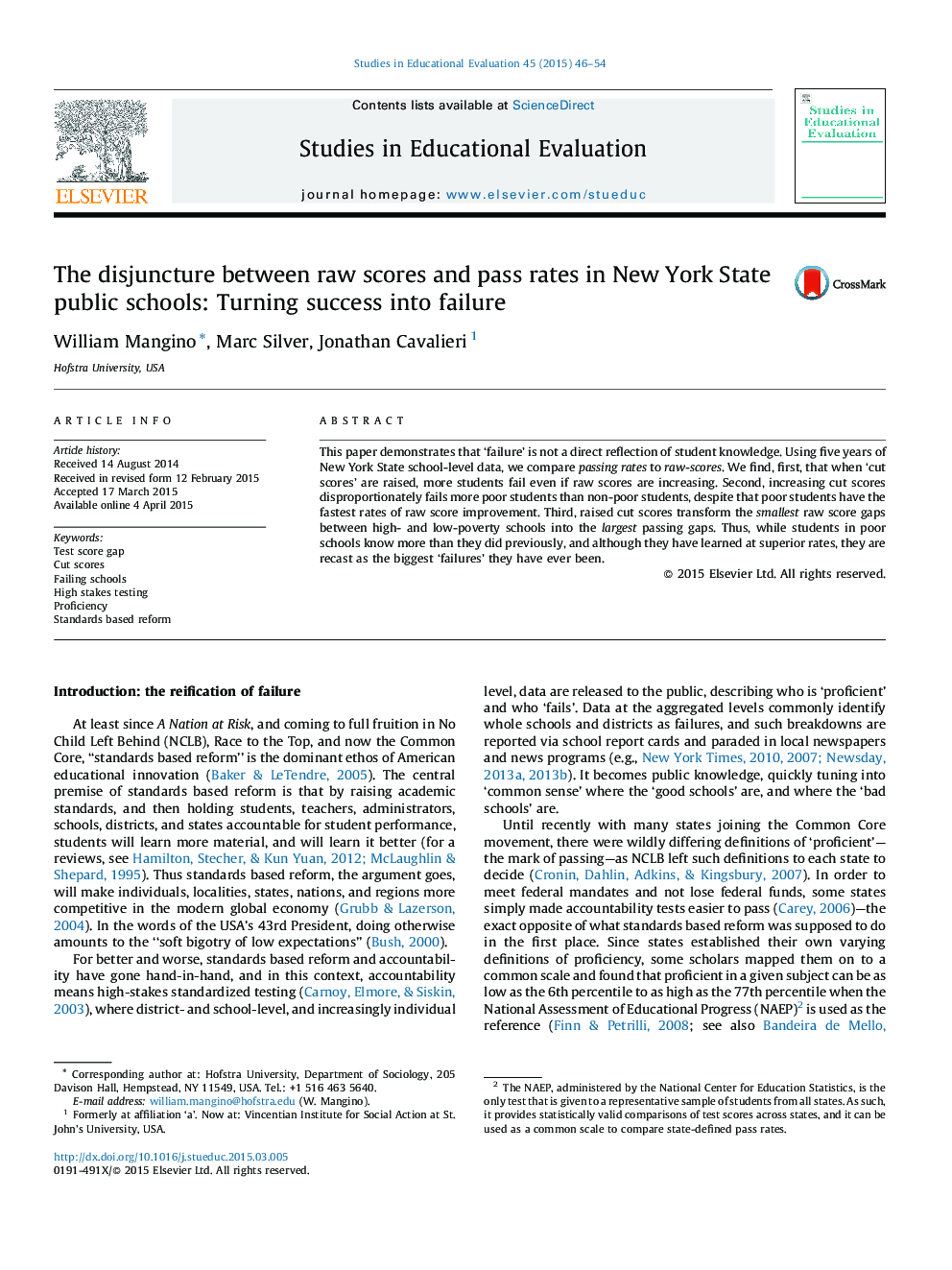 This paper demonstrates that ‘failure’ is not a direct reflection of student knowledge. Using five years of New York State school-level data, we compare passing rates to raw-scores. We find, first, that when ‘cut scores’ are raised, more students fail even if raw scores are increasing. Second, increasing cut scores disproportionately fails more poor students than non-poor students, despite that poor students have the fastest rates of raw score improvement. Third, raised cut scores transform the smallest raw score gaps between high- and low-poverty schools into the largest passing gaps. Thus, while students in poor schools know more than they did previously, and although they have learned at superior rates, they are recast as the biggest ‘failures’ they have ever been.