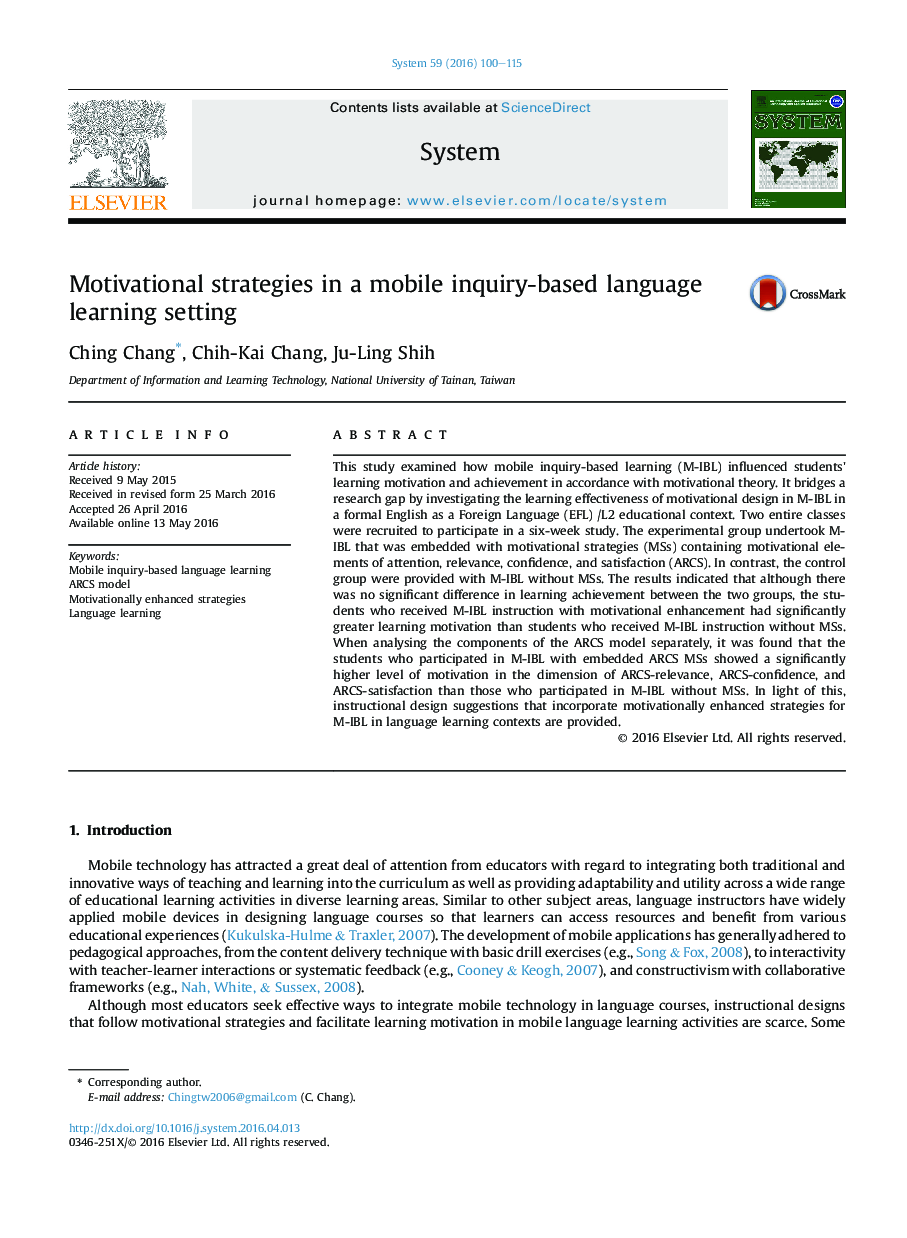 This study examined how mobile inquiry-based learning (M-IBL) influenced students' learning motivation and achievement in accordance with motivational theory. It bridges a research gap by investigating the learning effectiveness of motivational design in M-IBL in a formal English as a Foreign Language (EFL) /L2 educational context. Two entire classes were recruited to participate in a six-week study. The experimental group undertook M-IBL that was embedded with motivational strategies (MSs) containing motivational elements of attention, relevance, confidence, and satisfaction (ARCS). In contrast, the control group were provided with M-IBL without MSs. The results indicated that although there was no significant difference in learning achievement between the two groups, the students who received M-IBL instruction with motivational enhancement had significantly greater learning motivation than students who received M-IBL instruction without MSs. When analysing the components of the ARCS model separately, it was found that the students who participated in M-IBL with embedded ARCS MSs showed a significantly higher level of motivation in the dimension of ARCS-relevance, ARCS-confidence, and ARCS-satisfaction than those who participated in M-IBL without MSs. In light of this, instructional design suggestions that incorporate motivationally enhanced strategies for M-IBL in language learning contexts are provided.