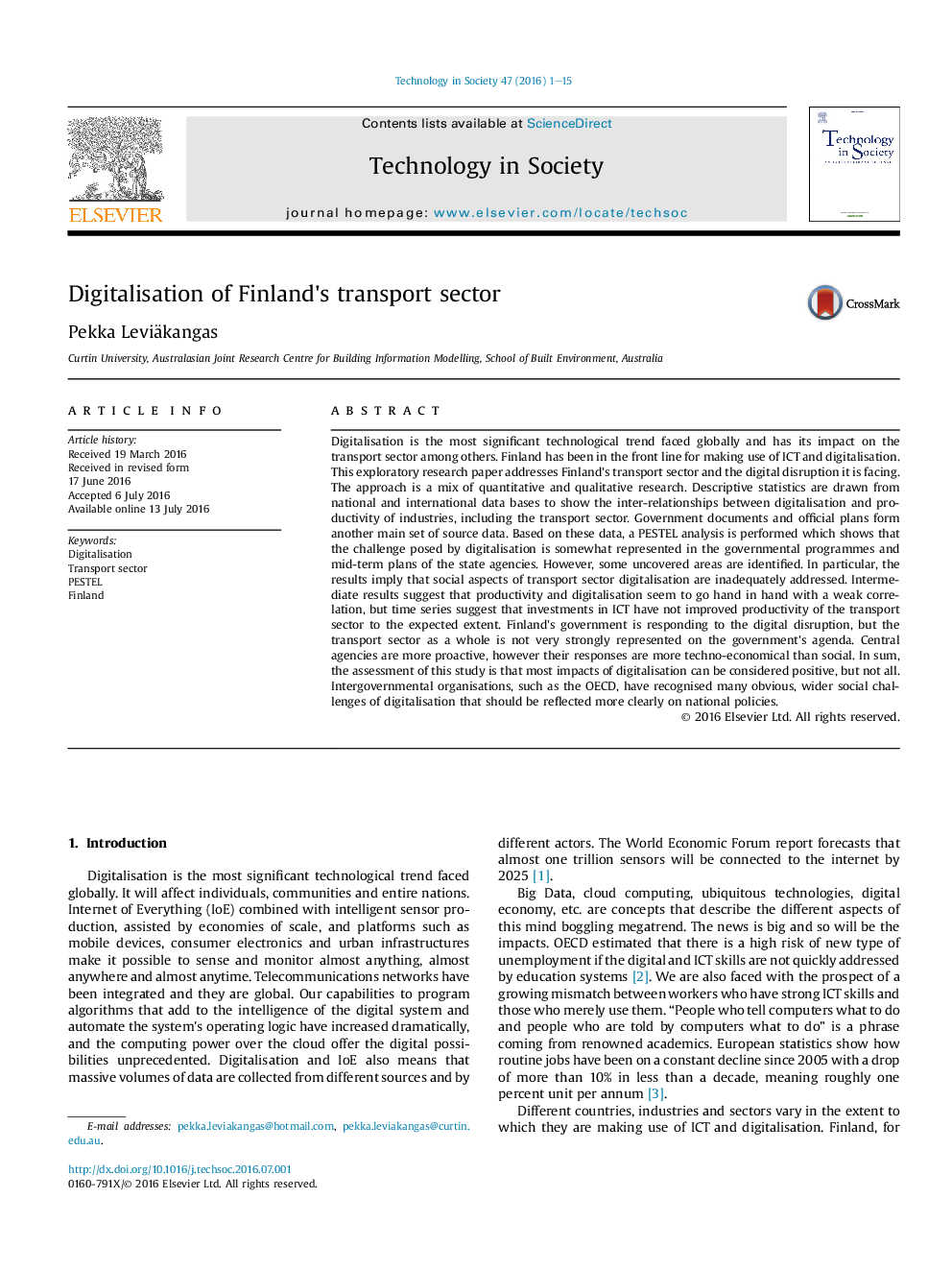 Digitalisation is the most significant technological trend faced globally and has its impact on the transport sector among others. Finland has been in the front line for making use of ICT and digitalisation. This exploratory research paper addresses Finland's transport sector and the digital disruption it is facing. The approach is a mix of quantitative and qualitative research. Descriptive statistics are drawn from national and international data bases to show the inter-relationships between digitalisation and productivity of industries, including the transport sector. Government documents and official plans form another main set of source data. Based on these data, a PESTEL analysis is performed which shows that the challenge posed by digitalisation is somewhat represented in the governmental programmes and mid-term plans of the state agencies. However, some uncovered areas are identified. In particular, the results imply that social aspects of transport sector digitalisation are inadequately addressed. Intermediate results suggest that productivity and digitalisation seem to go hand in hand with a weak correlation, but time series suggest that investments in ICT have not improved productivity of the transport sector to the expected extent. Finland's government is responding to the digital disruption, but the transport sector as a whole is not very strongly represented on the government's agenda. Central agencies are more proactive, however their responses are more techno-economical than social. In sum, the assessment of this study is that most impacts of digitalisation can be considered positive, but not all. Intergovernmental organisations, such as the OECD, have recognised many obvious, wider social challenges of digitalisation that should be reflected more clearly on national policies.