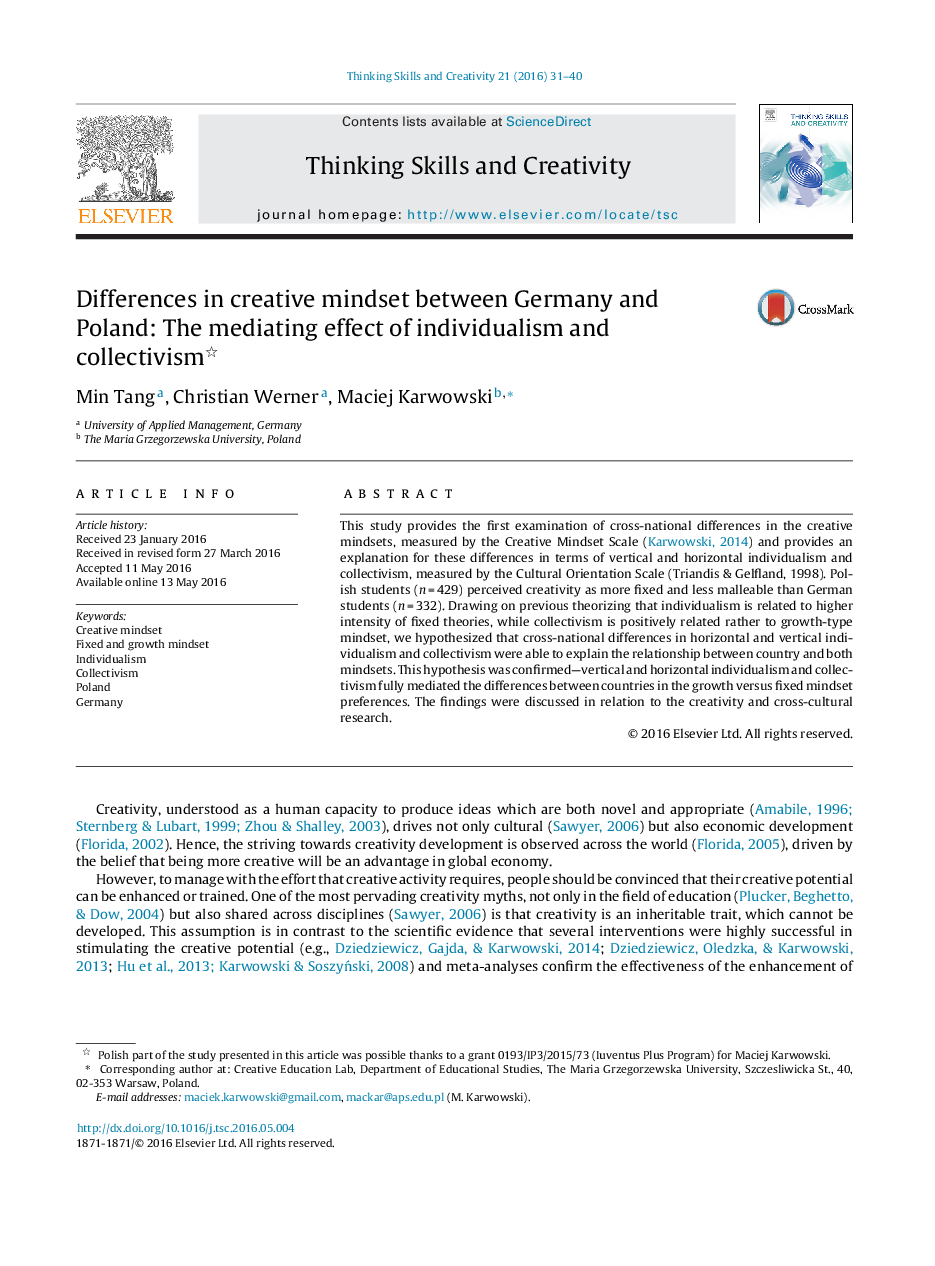 This study provides the first examination of cross-national differences in the creative mindsets, measured by the Creative Mindset Scale (Karwowski, 2014) and provides an explanation for these differences in terms of vertical and horizontal individualism and collectivism, measured by the Cultural Orientation Scale (Triandis & Gelfland, 1998). Polish students (n = 429) perceived creativity as more fixed and less malleable than German students (n = 332). Drawing on previous theorizing that individualism is related to higher intensity of fixed theories, while collectivism is positively related rather to growth-type mindset, we hypothesized that cross-national differences in horizontal and vertical individualism and collectivism were able to explain the relationship between country and both mindsets. This hypothesis was confirmed—vertical and horizontal individualism and collectivism fully mediated the differences between countries in the growth versus fixed mindset preferences. The findings were discussed in relation to the creativity and cross-cultural research.