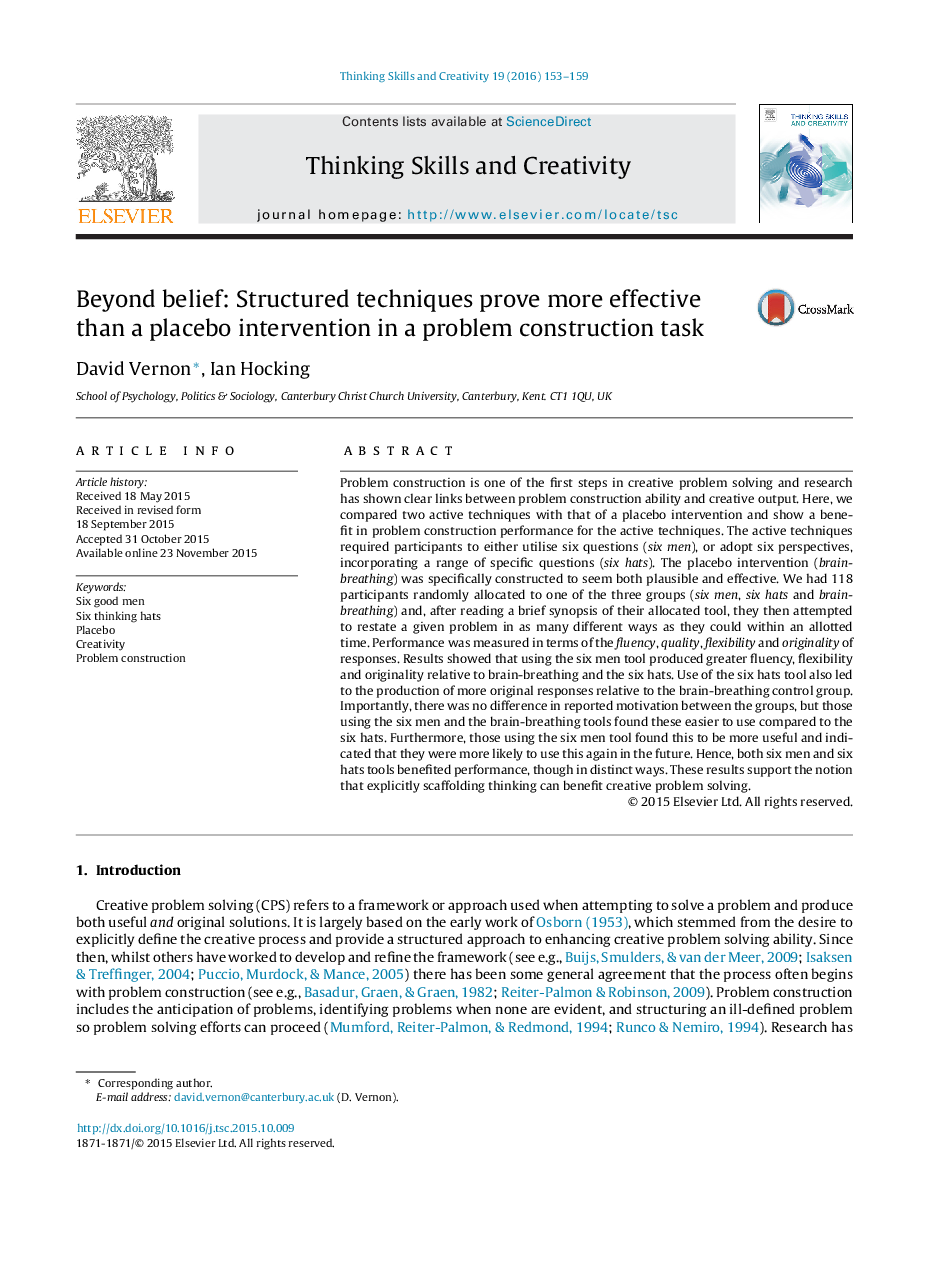 Problem construction is one of the first steps in creative problem solving and research has shown clear links between problem construction ability and creative output. Here, we compared two active techniques with that of a placebo intervention and show a benefit in problem construction performance for the active techniques. The active techniques required participants to either utilise six questions (six men), or adopt six perspectives, incorporating a range of specific questions (six hats). The placebo intervention (brain-breathing) was specifically constructed to seem both plausible and effective. We had 118 participants randomly allocated to one of the three groups (six men, six hats and brain-breathing) and, after reading a brief synopsis of their allocated tool, they then attempted to restate a given problem in as many different ways as they could within an allotted time. Performance was measured in terms of the fluency, quality, flexibility and originality of responses. Results showed that using the six men tool produced greater fluency, flexibility and originality relative to brain-breathing and the six hats. Use of the six hats tool also led to the production of more original responses relative to the brain-breathing control group. Importantly, there was no difference in reported motivation between the groups, but those using the six men and the brain-breathing tools found these easier to use compared to the six hats. Furthermore, those using the six men tool found this to be more useful and indicated that they were more likely to use this again in the future. Hence, both six men and six hats tools benefited performance, though in distinct ways. These results support the notion that explicitly scaffolding thinking can benefit creative problem solving.